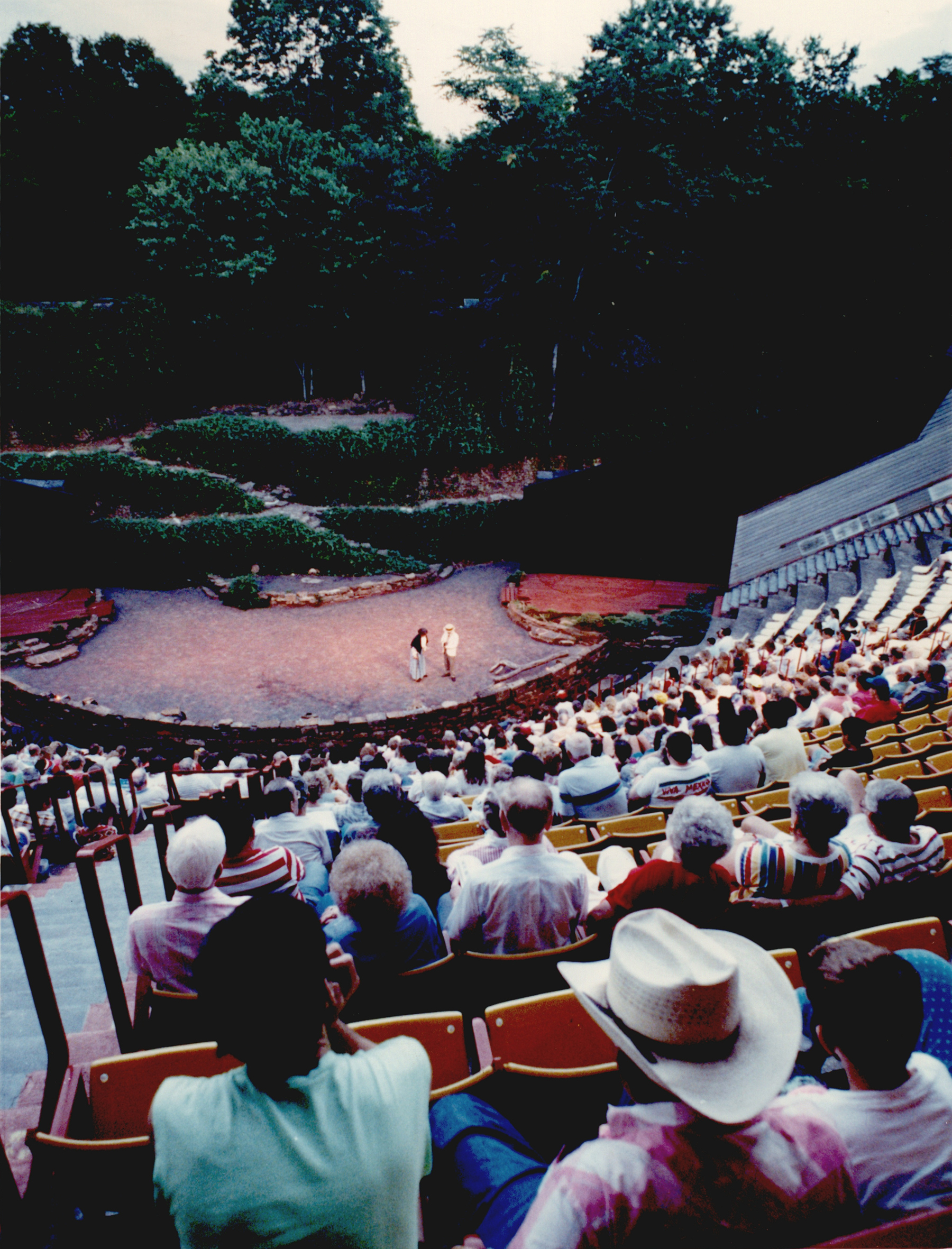 From 1969 to 2005 actors portrayed the removal of the Cherokee from the southeastern United States to eastern Oklahoma in the play Trail of Tears at the Tsa-La-Gi Amphitheater near Tahlequah, Oklahoma. The open-air venue lies in the Cherokee Heritage Center, a forty-four acre park that includes the Tsa-La-Gi Ancient Village, Adams Corner Rural Village and Farm, and the Cherokee National Museum. W. W. Keeler, Cherokee principal chief, spearheaded the complex's development when he helped establish the Cherokee National Historical Society in 1963. This nonprofit group owns and operates the compound, located near the original Cherokee Female Seminary site. In 1969 the amphitheater, part of the second phase, was completed. Dr. Kermit Hunter, then a dean at Southern Methodist University in Dallas, Texas, wrote the play as a companion to his outdoor drama Unto These Hills, which had been performed annually in Cherokee, North Carolina, since 1949. Oklahoma Cherokee Dr. Jack Frederick Kilpatrick had composed the music for Unto These Hills, which depicts the Cherokees and their eventual removal. Kilpatrick died before he could finish the score for Trail of Tears.

On June 27, 1969, the Trail of Tears debuted at the Tsa-La-Gi theater, with the author, Keeler, Gov. Dewey Bartlett, George Shirk, and other dignitaries in attendance. The play continued to be performed every summer through 1997. In 1997 Bartlesville native Joe Sears, who was nominated for a Tony Award for 1994's A Tuna Christmas, rewrote the Trail of Tears script and deleted the dance sequences. When the play revived in 2001, Sears reincorporated dancing and revised the story. The outdoor drama annually plays at the eighteen-hundred-seat amphitheater, and in 2002 the American Bus Association named the show one of "the top one hundred events in North America." The play closed in 2005.

The following (as per The Chicago Manual of Style, 17th edition) is the preferred citation for articles:
Larry O'Dell, “Trail of Tears (pageant),” The Encyclopedia of Oklahoma History and Culture, https://www.okhistory.org/publications/enc/entry.php?entry=TR004.