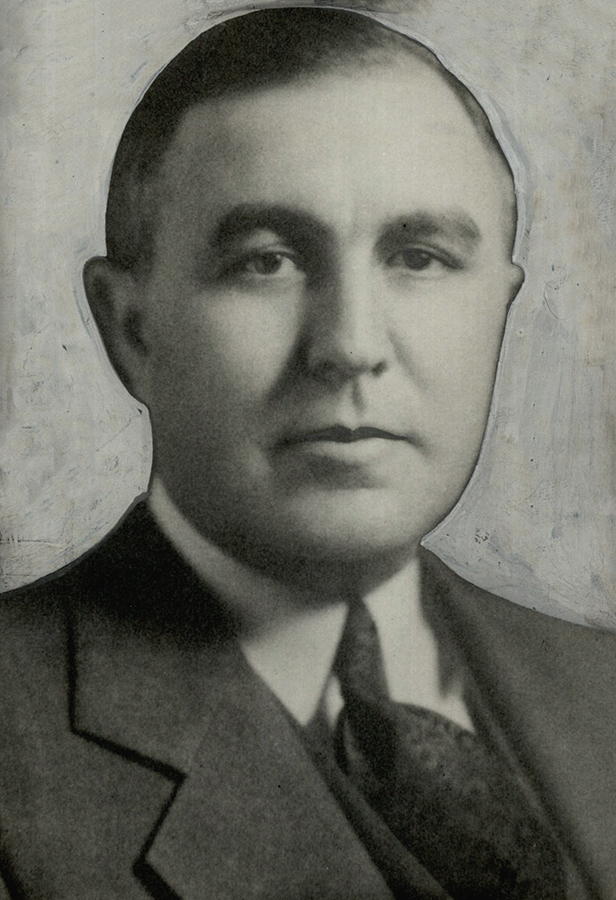 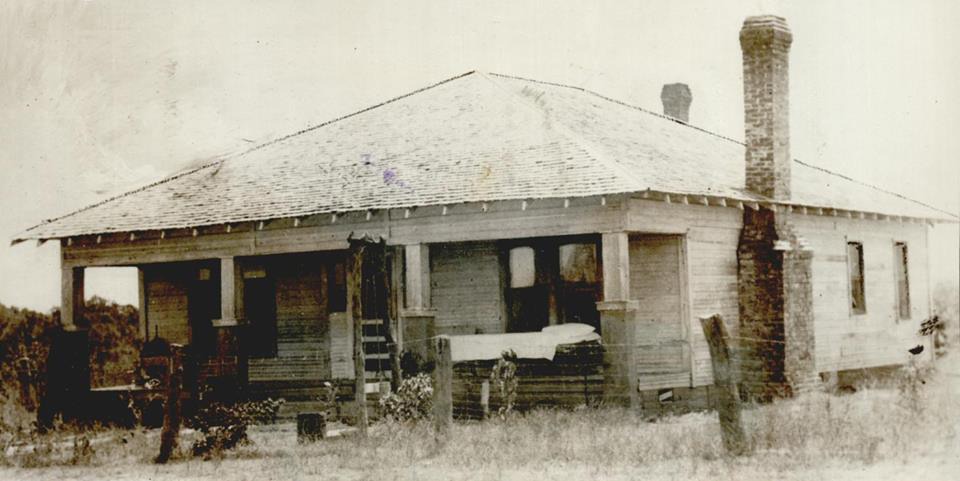 On July 22, 1933, using his trademark machine gun, George "Machine Gun" Kelly, along with Albert L. Bates, interrupted a bridge game at Charles F. Urschel's residence in Oklahoma City, abducting Urschel and his guest Walter Jarrett at gunpoint while their wives helplessly watched. This began a startling kidnapping case that evoked the new Lindbergh kidnapping laws, led to twenty-one convictions, coined a new name for Federal Bureau of Investigation agents, and culminated in one of the first filmed trials.

The widower Urschel, oilman Tom Slick's brother-in-law and a trustee to his estate, had married Slick's widow, Berenice Slick, and combined their fortunes, creating one of the wealthiest couples in Oklahoma City. A criminal of relative obscurity, Kelly, born George Kelly Barnes in Memphis, Tennessee, in 1895, married Kathryn Thorne in 1930. Kathryn has been credited for creating Kelly's underworld persona, because she bought him his first Thompson sub-machine gun and dubbed him "Machine Gun." Before the Urschel kidnapping George Kelly's blossoming career mainly consisted of bootlegging and bank robbery. Kelly's kidnapping partner, Albert Bates, had a long criminal career of burglary and bank robbery.

After kidnapping Urschel, the criminals took him to a farmhouse in Paradise, Texas, and held him there for more than a week. The kidnappers released him on July 30 after a representative for the family paid $200,000 in documented bills. During his captivity Urschel, although blindfolded most of the time, memorized many details about his location, including the passing of an airplane overhead at the same times everyday. This and other information that the FBI had garnered helped locate the hideout.

Because of the media's recent attention to the Lindbergh kidnapping and his agency's floundering reputation, FBI Director J. Edgar Hoover took special interest in this case. The Lindbergh Law defined kidnapping as a federal offense punishable by death, and Hoover wanted to impress the public in the first high-profile crime regulated by the new law. Many reported that Berenice Urschel talked to the FBI director the night of the abduction. Hoover pulled one of his best agents, Gus Jones, off of the Kansas City Massacre investigation and made the kidnapping an agency priority.

When the FBI raided the farmhouse in Paradise, they arrested the owners, Robert and Ora Shannon, and Harvey Bailey, who was using the farm as a safe house after committing a bank robbery in Kingfisher, Oklahoma, with Kelly's machine gun. Bailey also had some of the Urschel money in his possession. Through the continuing investigation seven persons, including Bates, who was arrested in Denver, were tried and convicted by a jury in Oklahoma City in September and October 1933. Two of the felons, Edward Berman and Clifford Skelly, received sentences for "money changing", or exchanging the tainted bills for clean, spendable currency. During the trial the Kellys penned letters threatening Urschel, his family, witnesses, the prosecuting attorney, and the judge. On September 26, 1933, FBI agents captured George and Kathryn Kelly in Memphis, Tennessee. The FBI claimed that Kelly cried, "Don't Shoot, G-men," thus coining the name by which the government agency was known for years afterwards.

The FBI flew the Kellys into Oklahoma City to stand trial days before U.S. Judge Edgar S. Vaught sentenced the other defendants. The judge sentenced Bates, Bailey, and Ora and Robert Shannon to life in prison for their roles in the kidnapping. The press believed that George and Kathryn Kelly would plead guilty, but they both entered a not guilty plea. On October 12, 1933, Judge Vaught decreed both George and Kathryn guilty and sentenced them to life in prison. In a packed courtroom, with newsreel cameras recording the action, the trial joined the likes of the Lindbergh kidnapping trial of Bruno Hauptmann and the John Scopes trial as major judicial events that were filmed.

Although "Machine Gun" Kelly claimed he would be out of prison by Christmas, he served time in Leavenworth until October 1934 when he was transferred to Alcatraz. He returned to Leavenworth in 1951 and died in prison on July 18, 1954. Albert Bates died in Alcatraz on July 4, 1948. In June 1958 Kathryn Kelly and Ora Shannon were released from prison. The courts convicted twenty-one people in relation to the kidnapping, including a jailer and an accomplice in Texas who helped Bailey escape from the Dallas "escape proof" jail before the trial. Police captured Bailey in Ardmore hours later. Many claim the FBI overinflated Kelly's reputation in order to bolster public support for their fight against crime.

The following (as per The Chicago Manual of Style, 17th edition) is the preferred citation for articles:
Larry O'Dell, “Urschel Kidnapping,” The Encyclopedia of Oklahoma History and Culture, https://www.okhistory.org/publications/enc/entry.php?entry=UR009.