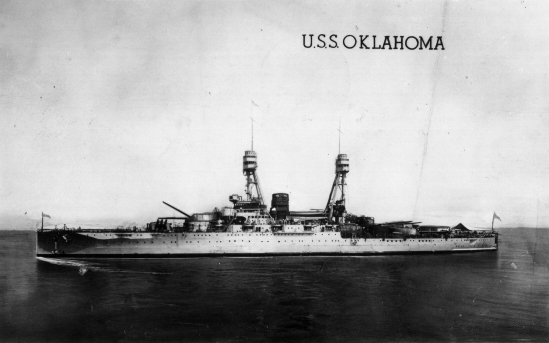 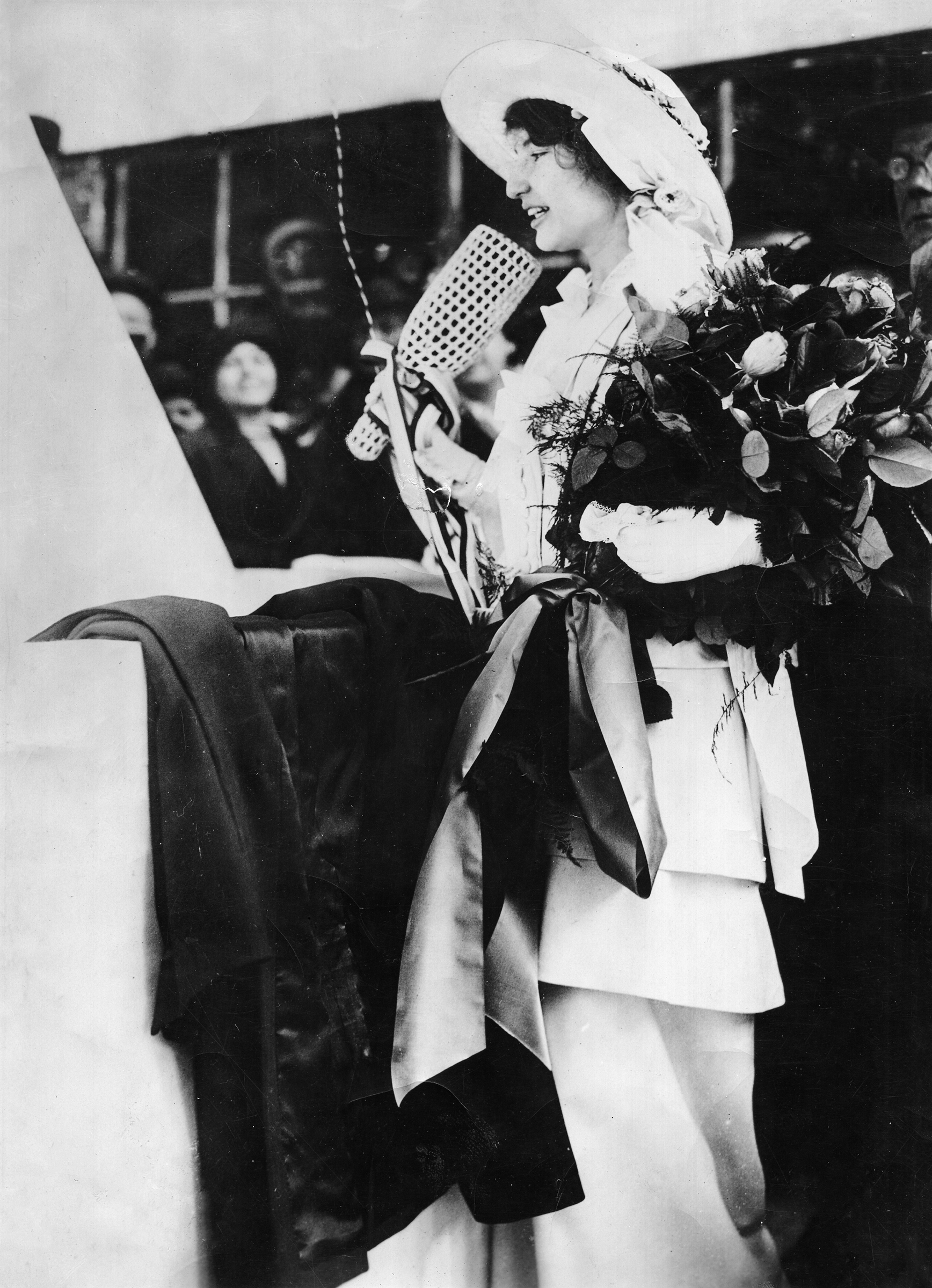 At the time of the Japanese attack on Pearl Harbor, Hawaii, the USS Oklahoma (BB 37) was one of the U.S. Navy's oldest battleships. A Nevada class ship, the Oklahoma was one of the first large U.S. combatants built to burn fuel oil, thus saving weight and volume of displacement.

The main guns were the most powerful naval weapons of their time. The main battery consisted of ten fourteen-inch guns in four turrets. A major innovation was the rearrangement of the armament. According to naval historian Robert C. Stern, "a new mounting of triple-turrets [enabled] the construction to follow the successful arrangement of the past by placing two turrets of the main battery forward and two aft. The lower, 'A' and 'Y' turrets were in triple mounts and the turrets 'B' and 'X' in twin mounts." Thus, this ship could produce the same firepower as the earlier New York class of battleship with one less turret.

Consideration was also given to ship design against torpedoes. Oklahoma was one of the first U.S. ships to have its boilers, engines, and magazines enclosed within a reinforced armored belt. On each side of the ship was a four-hundred-foot belt of armor thirteen and one-half inches thick. The rest of the ship was lightly armored. This provided maximum protection to the most important elements of the ship and further eliminated the problems of unnecessary weight and displacement. The Oklahoma was unusual in that it had only one smokestack, because the boilers were within the armor belt.

Thus, the ship was one of the most advanced weapons platforms of its time. In addition, it was five hundred tons larger than any previous class battleship, and it had a mean draft of about twenty-eight and one-half feet and displaced 27,500 tons. The Oklahoma was estimated capable of making twenty and one-half knots when fully under way. With 598,400 gallons of oil, the ship could operate in a four-thousand-mile radius.

The Oklahoma's keel was laid down in 1914 at New York, and the vessel cost about $7 million to build. During the christening ceremony Bishop E. E. Hoss of Muskogee, Oklahoma, prayed that the ship would be a "minister of peace" and not an instrument of war. His words proved true, as the Oklahoma made a slight contribution to the American effort in World War I. The vessel was virtually destroyed in the opening moments of World War II.

That morning the Oklahoma received the brunt of the initial Japanese attacks. Struck by multiple torpedoes, the ship capsized. Many men were trapped inside or killed by flying debris. In all, the Oklahoma lost twenty officers and 395 enlisted men. Except for the USS Arizona, the Oklahoma lost the most casualties of all ships in the harbor that day. Rescue efforts began almost immediately. During the ordeal, two of Oklahoma's complement, Ensign Francis C. Flaherty and Seaman First Class James Richard, sacrificed their lives so that their shipmates could escape. Congress later awarded the two posthumous Medals of Honor.

Because the Oklahoma's hull blocked the channel of the harbor, the navy decided to salvage the ship in December 1943. Wire cables were run from land-based winches, and the vessel was eventually rolled to an upright position. Beyond repair, the ship was stripped of her guns and sold for scrap in 1946. During a towing operation to California in 1947 the Oklahoma sank in about three thousand feet of water, 540 miles east of Pearl Harbor.

The following (as per The Chicago Manual of Style, 17th edition) is the preferred citation for articles:
C. P. Neimeyer, “USS Oklahoma,” The Encyclopedia of Oklahoma History and Culture, https://www.okhistory.org/publications/enc/entry?entry=US003.