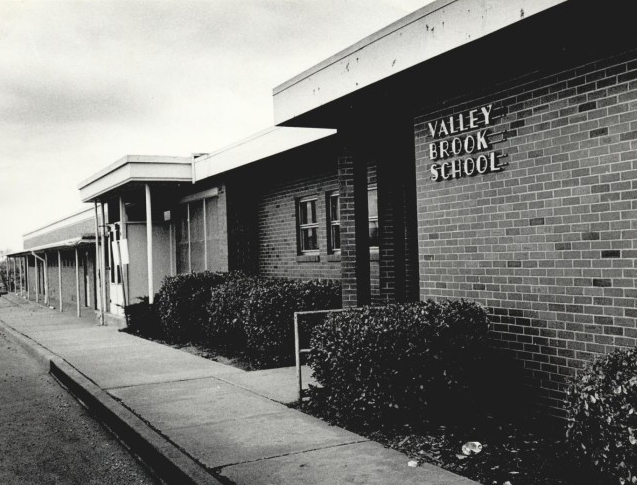 Located in Oklahoma County, Valley Brook is a very small incorporated town in the southeastern part of Oklahoma City's metropolitan area. The 160-acre urban island, surrounded by Oklahoma City, is bordered by Southeast Fifty-ninth Street on the north and Eastern Avenue on the east. Interstate 35 and Interstate 240 lie one-half mile west and south, respectively.

The general area lies in the center of the Oklahoma City Field where oil was found in the 1930s. Cities Service maintained a large operation in the area, and oil-camp housing was the first residential property there. Oil-field businesses, such as pipe yards and a drill collar manufacturer, employed local workers.

After World War II ended, Dotson-Merson and A. C. Anderson housing additions were developed southwest of the Fifty-ninth Street and Eastern Avenue intersection. In May 1956 the residents, then numbering approximately a thousand, elected to incorporate. The board of trustees subsequently took steps to provide water and sewer services for the citizens. In 1963 some residents began a move to seek annexation by Oklahoma City, but voters rejected the plan then, and again in 1988. Commercial development was minimal until the 1980s when various adult-entertainment venues appeared on Fifty-ninth and Eastern streets at the community's edge.

Valley Brook has always been a "bedroom" community. Over the decades it slowly lost population, numbering a peak of 1,378 inhabitants in 1960, 1,197 in 1970, 923 in 1980, and 744 in 1990. In 2000 a tornado took its toll in Valley Brook, with no loss of life. At the end of the twentieth century the 817 residents were served by the town's own police and fire departments, Head-Start maintained classes in the former Valley Brook elementary school building, and one church served the citizens. Inhabitants of the town's .269 square mile commute to work in south Oklahoma City or adjacent towns. In 2010, 765 people lived there.

The following (as per The Chicago Manual of Style, 17th edition) is the preferred citation for articles:
Dianna Everett, “Valley Brook,” The Encyclopedia of Oklahoma History and Culture, https://www.okhistory.org/publications/enc/entry.php?entry=VA001.