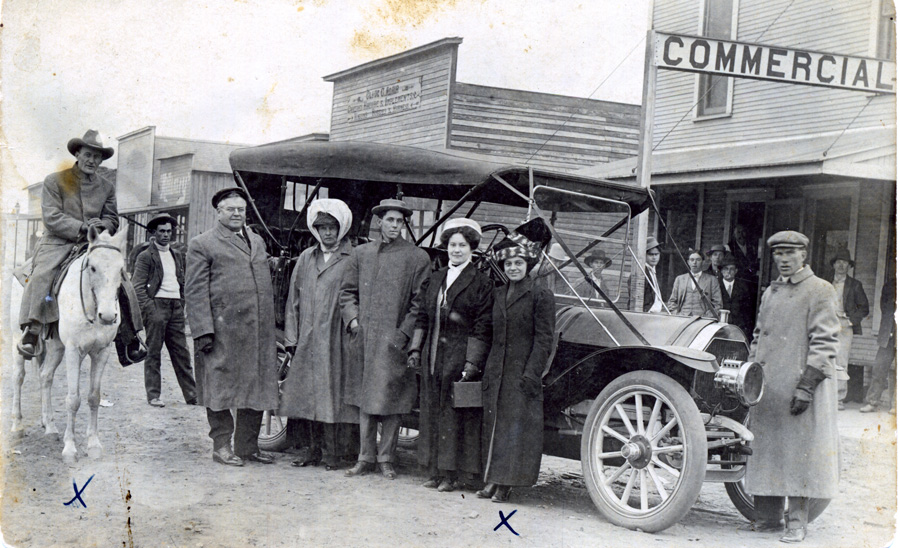 Situated in Muskogee County, Wainwright is eighteen miles southwest of Muskogee on County Road E0970 connecting U.S. Highways 69 and 62. The town was named for William Henry Wainwright, a local merchant. The first post office was established in 1905 with Gretta M. Somerville as postmaster. Arrival of the Missouri, Oklahoma and Gulf Railroad before 1907 statehood stimulated the town's early growth. The rail line later became the Texas and Pacific Railroad.

Fannie Wainwright Middleton and Drury H. Middleton of Muskogee operated one of the largest cattle ranches in eastern Oklahoma. They donated land for Middleton Cemetery three and one-half miles from town. At one time Drury's brother, A. C. Middleton, had a general store in Wainwright. There were six weekly newspapers in early Wainwright, including the Wright American, the Enterprise, forerunner of the Wainwright Enterprise, absorbed by the Braggs Bugle in 1912, the Wainwright Tribune, and the Leader, which continued as the Oktaha Leader.

Like many other small towns in Oklahoma, Wainwright faltered after World War I. The drought and low market prices of the 1920s and 1930s forced many farmers and merchants out of business. Cotton had been the main crop, but wheat and soybeans became more profitable. At the beginning of the twenty-first century ranching dominated land use. Although there was drilling for oil and gas in the area, no large oil field was located. In 1910 the first federal census for Wainwright reported 213 citizens. The town's population peaked at 254 residents in 1920. Thereafter, the numbers hovered in the one hundred to two hundred with 162 counted in 1940, 114 in 1960, 135 in 1980, 223 in 1990, and 197 in 2000. The 2010 population was 165.

The following (as per The Chicago Manual of Style, 17th edition) is the preferred citation for articles:
Ellen Johnson, “Wainwright,” The Encyclopedia of Oklahoma History and Culture, https://www.okhistory.org/publications/enc/entry.php?entry=WA005.