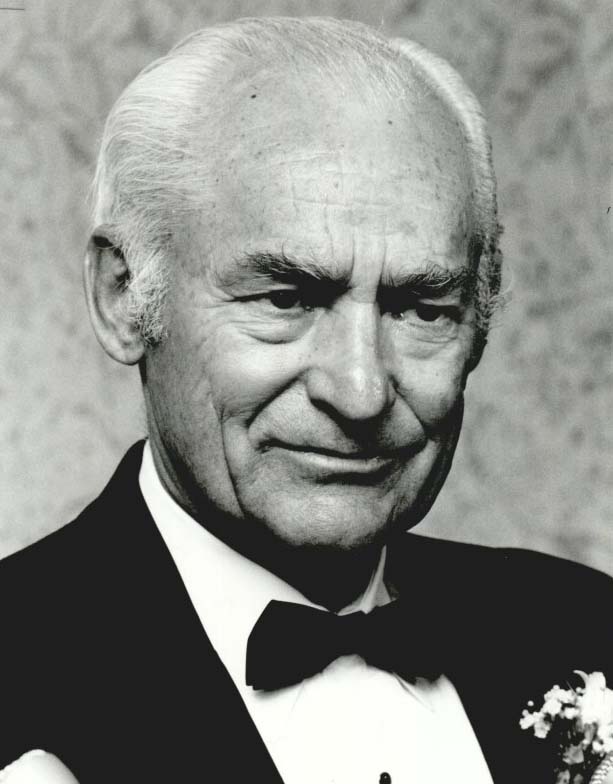 Founder and chair of Wal-Mart Stores, Samuel Moore "Sam" Walton was born at Kingfisher, Oklahoma, on March 29, 1918. The son of Thomas and Nancy Lee Walton, he grew up in Missouri and earned a business degree at the University of Missouri in 1940. After graduating, Walton was employed by J. C. Penney in Des Moines, Iowa. He left J. C. Penney in 1942 and worked at the Oklahoma Ordnance Works near Pryor. Walton married Claremore resident Helen Robson in 1943, and they became the parents of four children.

After his military discharge in 1945, Walton bought a Ben Franklin variety store franchise at Newport, Arkansas. Losing his lease, he opened a self-service Ben Franklin at Bentonville, Arkansas, in 1950 and named it "Walton's Five and Dime." He owned fifteen such stores by 1961. Operating on the principal of "buy low and sell cheap," Walton opened his first Wal-Mart Discount City at Rogers, Arkansas, on July 2, 1962, and began offering Wal-Mart stock in 1970. His Sam's Wholesale Clubs premiered at Midwest City, Oklahoma, in 1983.

In 1985 Walton became Forbes magazine's "richest man in America." By 2002 Wal-Mart had become the world's top retailer and Oklahoma's second-largest employer. Sam and Helen Robson Walton were inducted into the Oklahoma Hall of Fame in 1987 and 1992, respectively. He died at Little Rock, Arkansas, on April 5, 1992.

The following (as per The Chicago Manual of Style, 17th edition) is the preferred citation for articles:
Jon D. May, “Walton, Samuel Moore,” The Encyclopedia of Oklahoma History and Culture, https://www.okhistory.org/publications/enc/entry.php?entry=WA015.