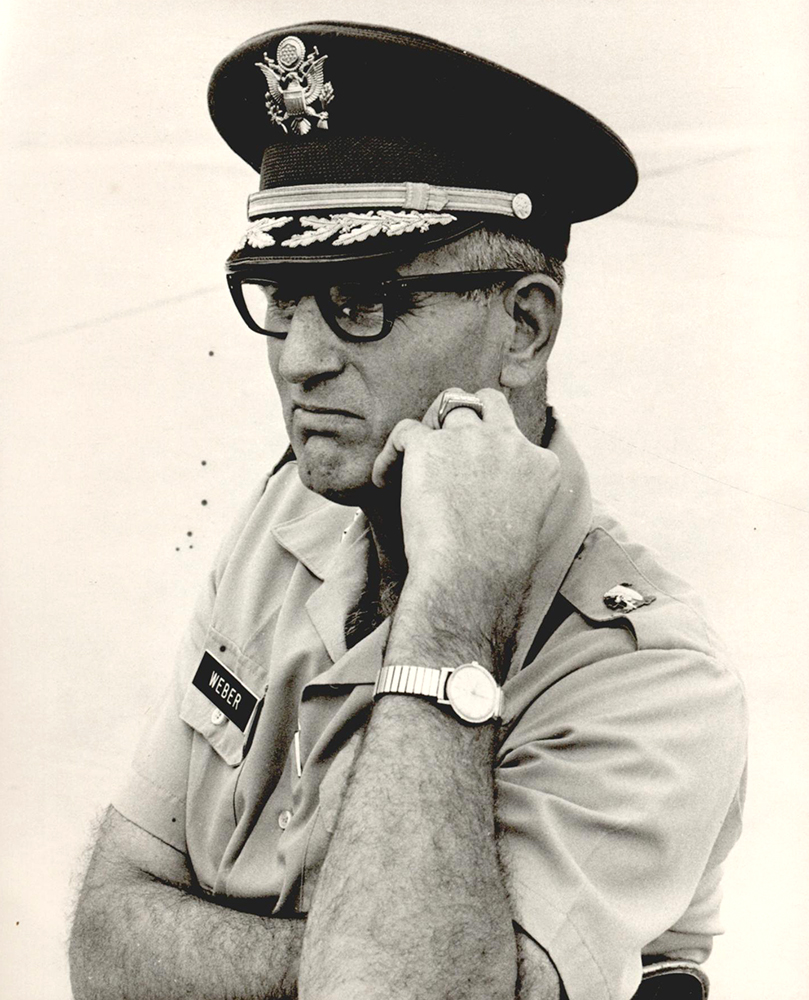 Born in Lone Wolf, Oklahoma, on September 3, 1923, LaVern E. Weber served as director of the U.S. Army National Guard and as chief of the National Guard Bureau. He actively promoted the recruitment of minorities and was a leader in the formation of the policy in which the National Guard assumed a more critical role in the army's structure and missions.

Weber briefly attended the University of Oklahoma before receiving a commission in the U.S. Marine Corps Reserve through Officer Candidate School during World War II. He graduated from Oklahoma's East Central State College (now East Central University) in 1948 before joining the Oklahoma National Guard as a second lieutenant. He was mobilized in 1950 with the Forty-fifth Infantry Division for the Korean War and saw combat with the 180th Infantry Regiment.

Throughout his career Weber was committed to equal opportunity and the modernization of the National Guard. He died accidentally on his ranch near Perry, Oklahoma, on December 30, 1999.

The following (as per The Chicago Manual of Style, 17th edition) is the preferred citation for articles:
David L. Frazier, “Weber, LaVern Erick,” The Encyclopedia of Oklahoma History and Culture, https://www.okhistory.org/publications/enc/entry.php?entry=WE008.