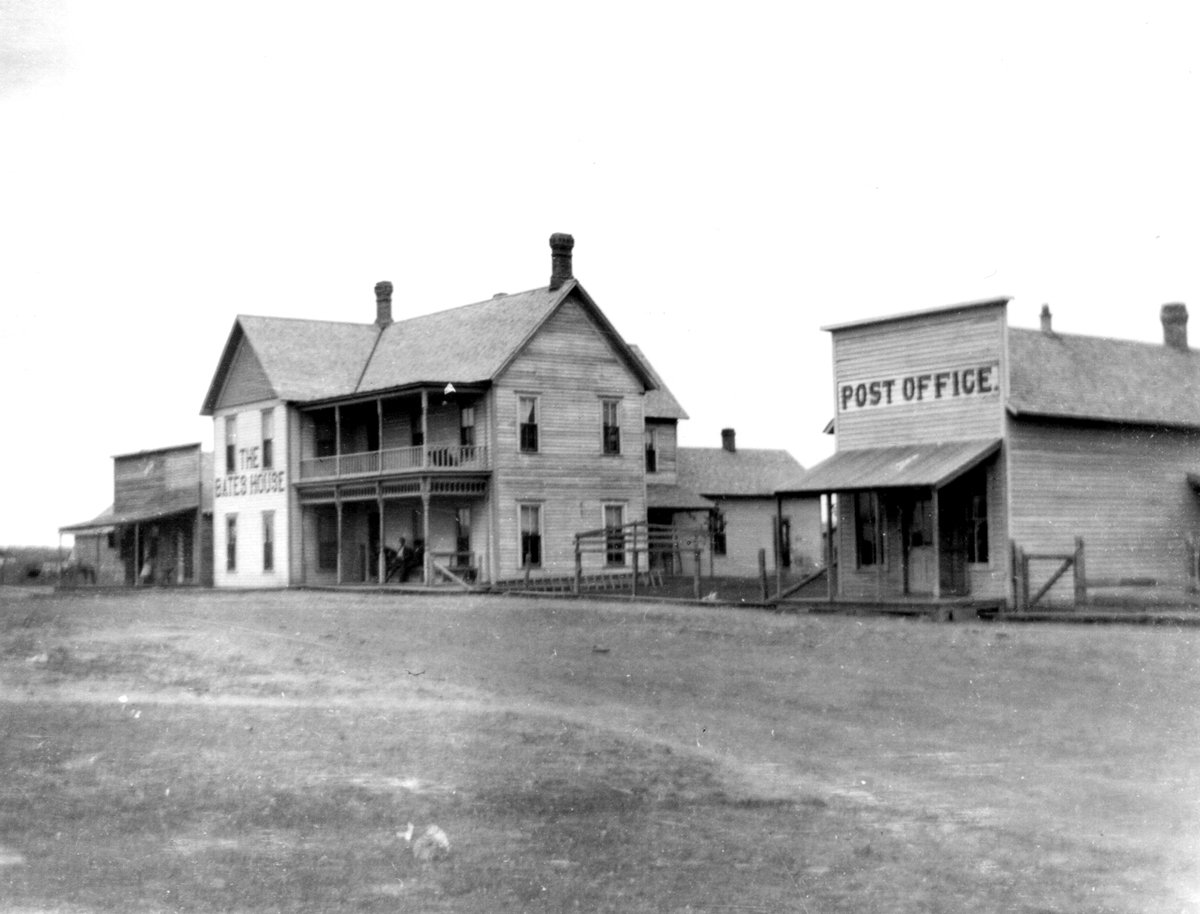 Located in Adair County, Westville lies at the junction of U.S. Highways 59 and 62 and approximately thirteen miles north of Stilwell, the county seat. The town was founded as one of several townsites on the Kansas City Southern Railway (originally the Kansas City, Pittsburg and Gulf Railroad), which was being built from Kansas City to the Gulf Coast. Construction entered the Cherokee Nation in 1895 near Siloam Springs, Arkansas, and approximately fifteen miles north of future Westville. The Westville post office was established on November 18, 1895. The town name honored Jim West, who lived one mile south of nearby Cincinnati, Arkansas, and whose son, Jim West, Jr., was an attorney for the Kansas City Southern Railway.

Westville was within the Going Snake District of the Cherokee Nation. The original plat for the town included 175 acres. Expansion came soon with the development of the William D. Williams Addition and the Pat Dore Addition. The federal government sold townsite lots to Cherokee citizens at half of the appraised value and to noncitizens at the full appraised value. In 1898 A. J. Edmiston published the town's first newspaper, the New Era. This endeavor was followed by the Cherokee Wigwam, Westville American, the Adair County Democrat, and the Westville Record.

In 1902 a second rail line, the Ozark and Cherokee Central Railway, which ran from Fayetteville, Arkansas, to Okmulgee, Oklahoma, began operations through Westville, giving the town an enviable position at a rail junction. The new line, owned by the St. Louis and San Francisco Railway, became known as the Frisco. It discontinued service to Westville in the late 1940s.

The community grew rapidly during its first years. It was the only town along the Kansas City Southern to gain in population in the years after 1897. Businesses in surrounding communities, such as Baptist to the north and Going Snake District Courthouse to the west, soon relocated to Westville. In 1900 the population stood at 296, climbing to 956 in 1920.

The first school term began in fall 1903, and the high school graduated its first class (one student) in 1908. The Westville school system continued to grow, especially with numerous consolidations of rural schools in the mid-twentieth century. In the school year 2003–04 enrollment exceeded one thousand for the first time.

At 1907 statehood Westville became the seat of newly formed Adair County. The county's southern residents vehemently protested, wanting the government offices to be located in Stilwell. In a 1908 election Stilwell won by 101 votes. Westville residents protested, and a suit was filed and carried to the Oklahoma Supreme Court. As a result, in early 1910 another election was held, and Stilwell won by thirty votes. Westville residents again protested that there were voting irregularities, but Gov. Charles Haskell declared Stilwell the county seat.

During much of the twentieth century Westville served a surrounding farming community. In 1901 the first financial institution, the First National Bank, was organized. A second, the Peoples Bank, was founded on January 3, 1903. Peoples Bank purchased its rival in the 1920s and became the town's sole bank for most of the twentieth century. It remained the town's oldest continuing business. The town's 1930 population was 691. By 1950 the number had grown to 781 and by 1970, to 934. The population leaped to 1,374 in 1990.

Manufacturing and other industry emerged during the century. The Griffin Canning Company, established in 1941, operated until its plant burned in 1946 and was not rebuilt. The Baron Canning Company, founded in 1940, operated until 1979. In 1974 Baldor Electric built a production facility, initially employing thirty-four workers. It gradually expanded to employ 440. In 2004 Greenland Composites built a compressed wood production facility and anticipated that it would eventually employ a work force of three hundred.

The Buffington Hotel (NR 84002929) and the Opera Block (NR 84002934) are properties listed in the National Register of Historic Places. The grave of Rev. Jesse Bushyhead (NR 04001334) is also listed. By the beginning of the twenty-first century many new businesses had been established in Westville, including a second bank and a second weekly newspaper. In 2000 the U.S. Census reported a population of 1,596, and the number grew to 1,639 in 2010.

The following (as per The Chicago Manual of Style, 17th edition) is the preferred citation for articles:
Jack D. Baker, “Westville,” The Encyclopedia of Oklahoma History and Culture, https://www.okhistory.org/publications/enc/entry.php?entry=WE020.