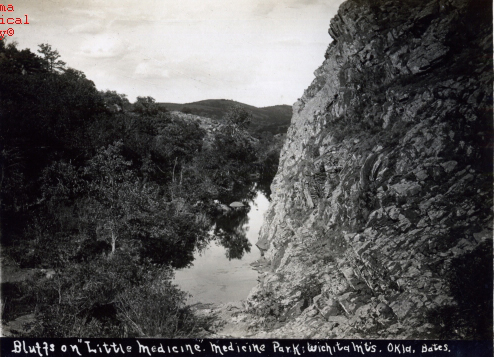 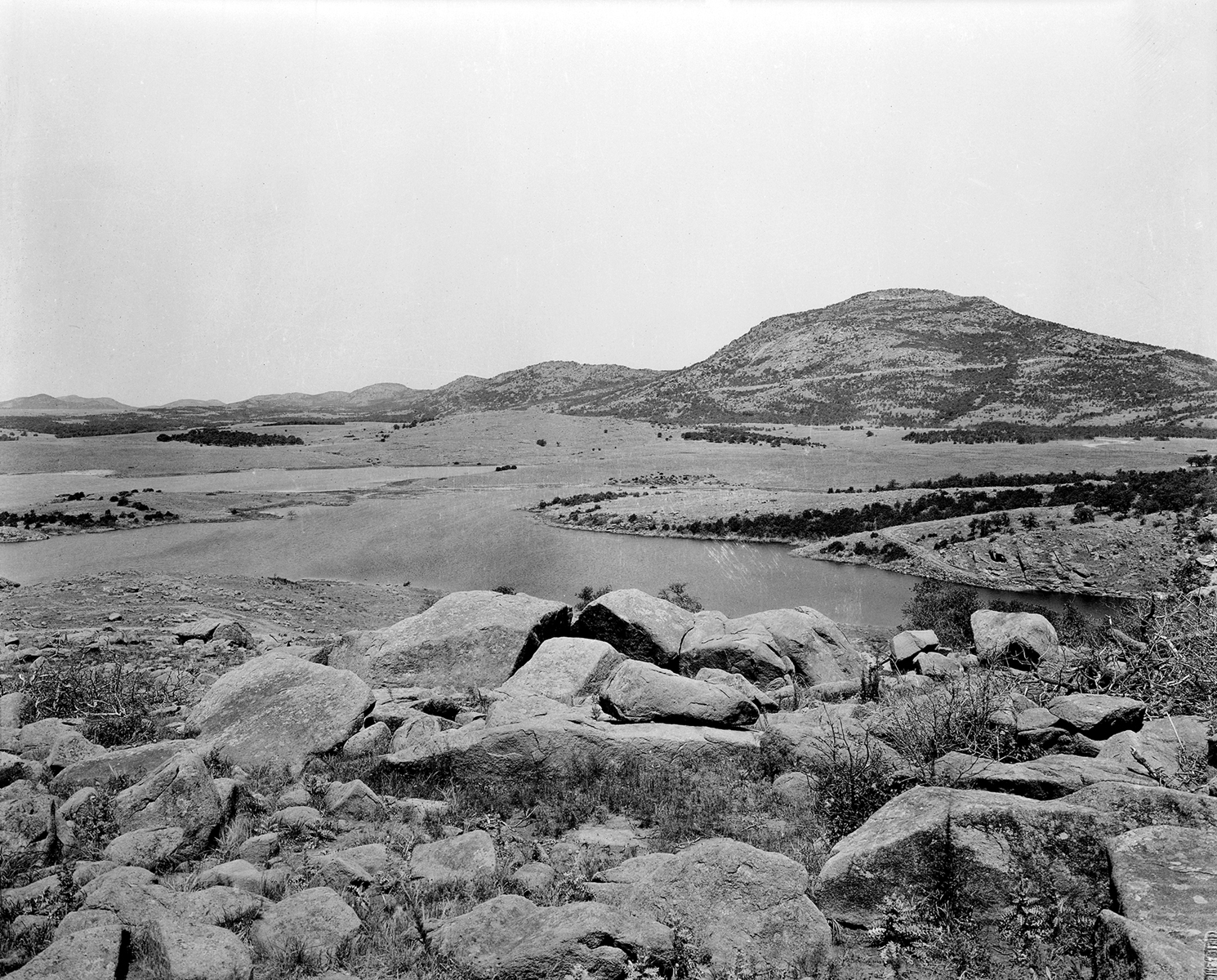 The Wichita Mountains took the name of the American Indian tribe that inhabited this region centuries ago. Located in southwestern Oklahoma, the Wichita Mountains span Comanche, Jackson, Kiowa, and Greer counties and include the Quartz Mountains, a lower, westward range in Kiowa and Greer. The main Wichitas trend in a northwest-to-southeast direction and extend for approximately thirty miles. They comprise one of two locations in the state where igneous rocks are found above the earth's surface. The most common igneous rocks associated with the Wichita Mountains are granite, rhyolite, and gabbro.

The Wichita Mountains are geologically very old. The granite, rhyolite, and gabbro that constitute much of the range were solidifying beneath the surface of the earth 525 million years ago. Then between 330 to 290 million years ago the region was uplifted to heights greater than at present. Millions of years of weathering and erosion have lowered the mountains to average heights between 400 and 1,000 feet. At several locations the elevation above sea level is greater than 2,000 feet, including the highest peak, Mount Scott, with an elevation of 2,464 feet.

The mineral wealth of the Wichita Mountains comes from an abundance of granite, limestone, dolomite, and sand and gravel. Most of the state's mined granite originates in these mountains. Limestone and dolomite that are mined in this region come from the Limestone Hills, which lie to the northeast, adjacent to the mountains. Deposits of iron ore have also been mined from the Wichitas. The area's soils are not conducive to prime agricultural production, as the mountains are too rugged and in some places too dry to grow large crops.

Average annual rainfall decreases across the range from east to west. On the extreme eastern edge the average annual rainfall is thirty inches, and on the extreme western edge, around twenty-five. Annual January temperatures in the Wichita Mountains are between 38˚F and 40˚, while annual July temperatures average close to 81˚. The growing season in the Wichita Mountains is between 210 and 220 days. The natural vegetation includes both tall and short grasses that compete with woodlands.

One of Oklahoma's renowned military forts is located in the Wichita Mountains' foothills. Fort Sill was established in 1869 by the U.S. Army to police American Indians on nearby reservations. The fort detained Apache leader Geronimo in 1894. Other American legends, such as Wild Bill Hickok and Buffalo Bill Cody, spent time at Fort Sill with the Seventh and Tenth cavalries. As Indian issues waned during the early 1900s, the facility was transformed from a cavalry post into a field artillery post. At the beginning of the twenty-first century Fort Sill had a worldwide reputation as a U.S. Field Artillery School.

The Wichita Mountains are home to one of the United States' earliest wildlife refuges. In 1901 Pres. William McKinley originally set aside a portion of the Wichita Mountains as a forest reserve, and in 1905 Pres. Theodore Roosevelt redesignated it as a game preserve. The area became the Wichita Mountains National Wildlife Refuge and occupies 59,020 acres. Animals in the refuge include Texas longhorn cattle, bison (buffalo), elk, deer, coyotes, prairie dogs, and turkeys, and the vegetation community includes 806 plant species. The refuge has 22,400 acres available for recreational uses, including picnicking, camping, hiking, boating, and fishing. Hunting at the refuge is available by lottery only.

The Wichita Mountains were the location of one of the last gold rushes in the United States. It began in August 1901, but by 1904 the lure of a successful strike ended. During the rush some twenty thousand miners flocked to the range, searching for fortune. Abandoned and decaying mining equipment still scatters the Wichita Mountains, commemorating that exciting period. Between 1901 and 1904 the Meers Gold Mining District reigned as the area's most extensive gold-mining locality. At its pinnacle Meers claimed to have five hundred residents, but at the end of the twentieth century only four people remained in the town.

The following (as per The Chicago Manual of Style, 17th edition) is the preferred citation for articles:
Dale K. Splinter and Richard A. Marston, “Wichita Mountains,” The Encyclopedia of Oklahoma History and Culture, https://www.okhistory.org/publications/enc/entry.php?entry=WI002.