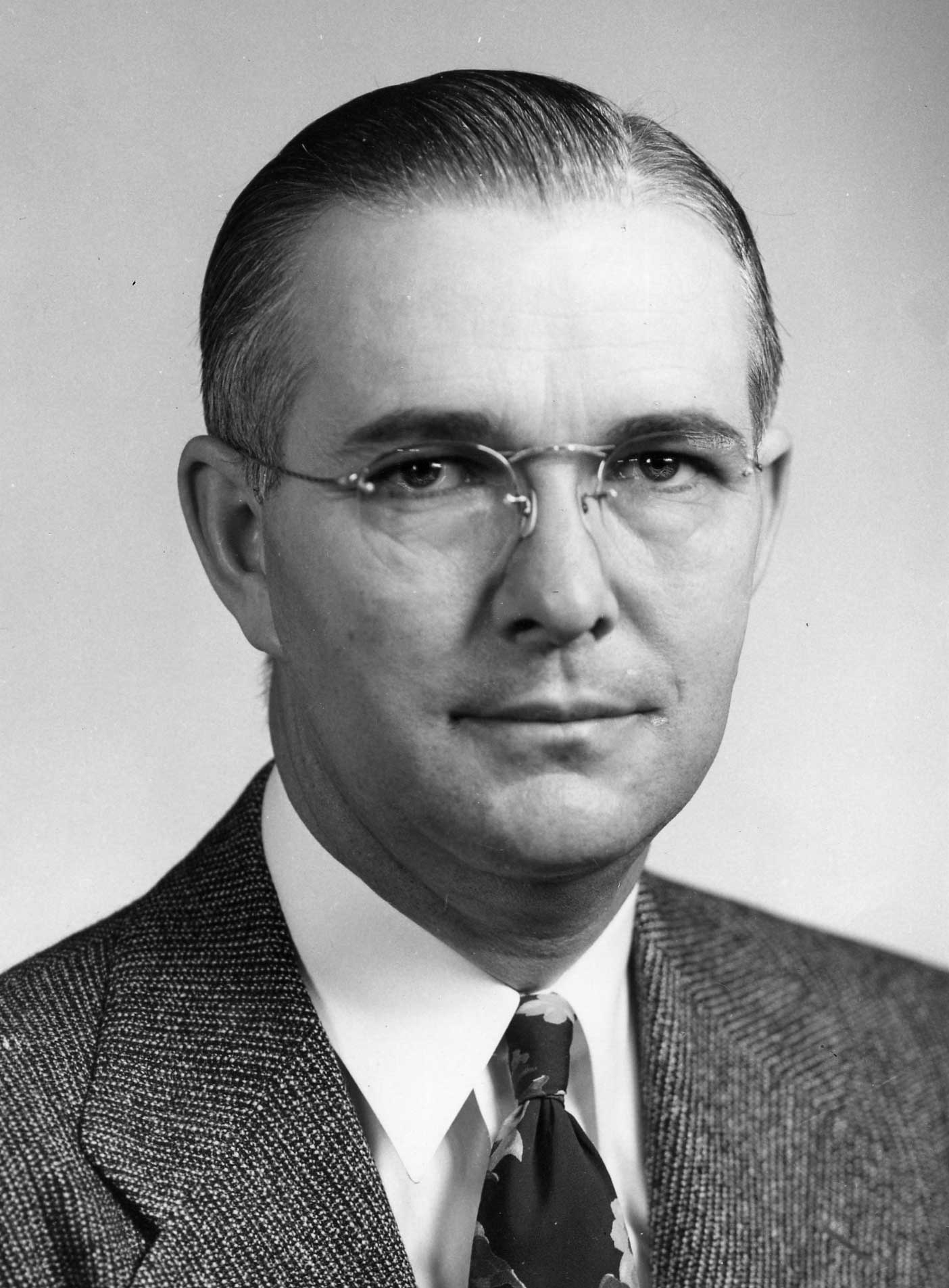 A U.S. representative, Victor Eugene Wickersham ran for public office more times than any other Oklahoman in the state's first century. He was born on a farm near Lone Rock, Arkansas, February 9, 1906, to Frank Morrell and Lillie Mae Sword Wickersham. In 1916 the family moved to Mangum in Greer County, Oklahoma, where the younger Wickersham attended the public schools. He was employed in the county clerk's office in Mangum before he could vote. When his boss resigned, he was appointed acting county clerk in 1924. He became a deputy court clerk in 1927, a position he held until 1935. On June 30, 1929, he married Jessie Blaine Stiles of Mangum. As the county clerk, he issued his own marriage license. Four children were born to the marriage, LaMelba, Nelda, Galen, and Victor Wickersham II.

In 1934 Wickersham, a Democrat, supported Ernest W. Marland in the governor's race. After Marland took office in January 1935, Wickersham was named chief clerk of the State Board of Public Affairs. After two years in government he worked as a building contractor in Oklahoma City in 1937 and 1938 and sold life insurance from 1938 to 1941. Twice he ran unsuccessfully for the Seventh District seat in the U.S. House of Representatives. When the incumbent, Samuel C. Massingale, died in 1941, Wickersham was elected as a Democrat to serve the remainder of Massingale's term in the Seventy-seventh Congress.

He received much national publicity for his friendliness. He answered the phone by saying, "Hello, this is Victor Wickersham, your best friend." He shocked fellow congressmen by appearing in magazine advertisements for automobile tires. He justified the ads by saying he could not support his family and make necessary trips back to Oklahoma on a congressman's meager salary. Wherever there were people present, from restaurants to airports, he stayed until he had shaken every hand and had introduced himself to every person. Known for his dedication to his constituents in western and southwestern Oklahoma, he led congressional efforts to improve the nation's military and agricultural programs. He worked to prevent air base closings, joined Oklahoma's senators, Robert S. Kerr and Mike Monroney, in pushing through an expansion for Altus Air Force Base, and later secured an expansion at Fort Sill. He pushed through legislation to secure federal land for Quartz Mountain State Park. He also worked for the construction of upstream dams for irrigation, flood control, and soil conservation, helping secure projects at Altus Dam, at Foss Dam in the Washita Basin, and at Canton Reservoir.

Voters returned Victor Wickersham to Congress every election until 1946. However, two years later he regained his seat, now in the Sixth District (the Sixth and Seventh having been combined due to a decline in the state's population). He served until his defeat in 1956. In 1960 he was again elected to Congress from the Sixth and served a final two terms until January 1965.

The following (as per The Chicago Manual of Style, 17th edition) is the preferred citation for articles:
Bob Burke, “Wickersham, Victor Eugene,” The Encyclopedia of Oklahoma History and Culture, https://www.okhistory.org/publications/enc/entry.php?entry=WI006.