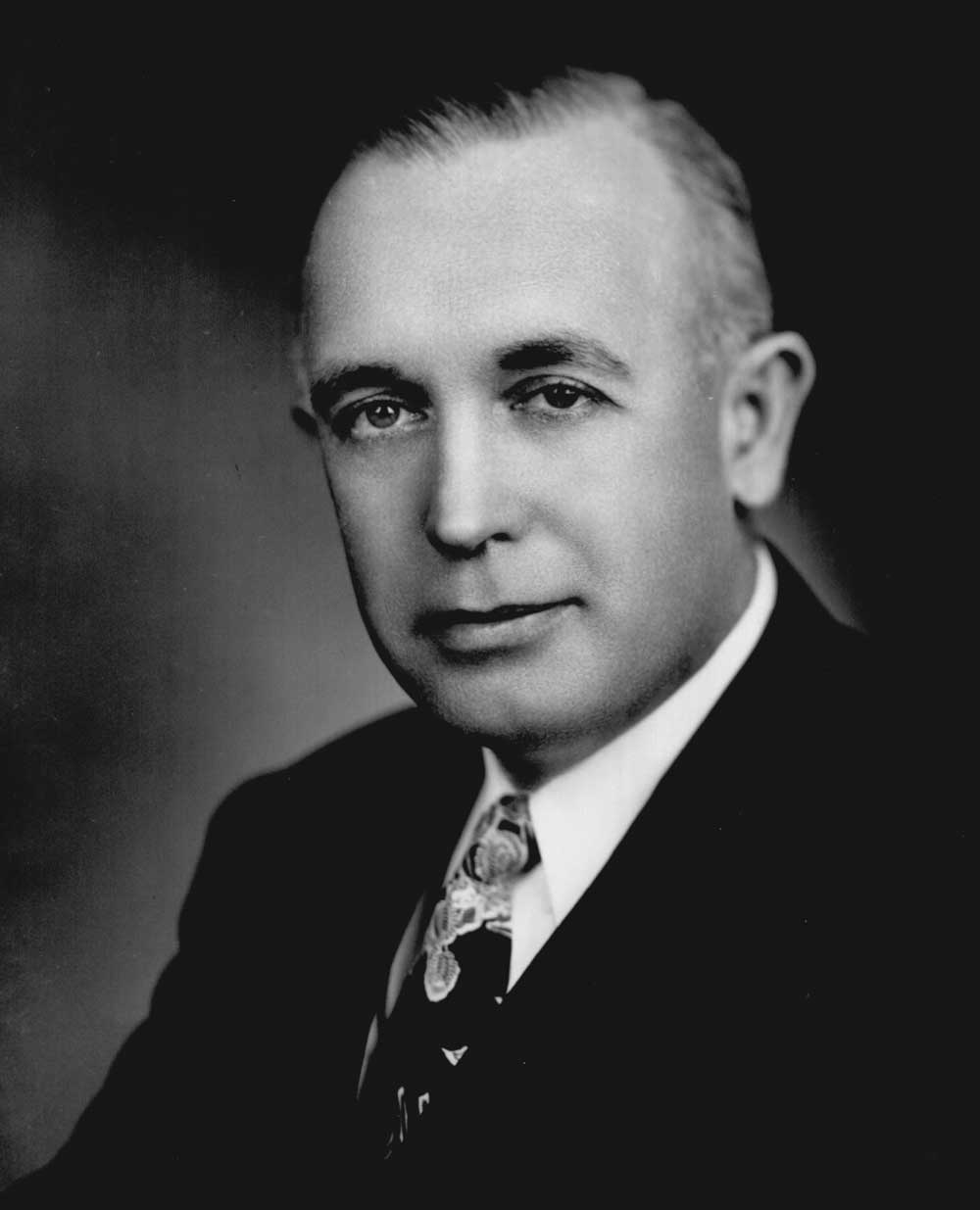 Born on August 21, 1905, in Mattoon, Illinois, U.S. Rep. George Howard Wilson was the son of George Duncan and Helen M. Bresee Wilson. In 1910 the Wilson family moved to Enid, Oklahoma, where young Wilson attended the Enid public schools. In 1926 the future congressman graduated from Phillips University with a bachelor's degree in three majors, mathematics, physics, and chemistry. Following two years of study at the University of Michigan Law School, the future congressman transferred to the law school at the University of Oklahoma, and he completed the LL.B. degree in 1929. That same year he married Myrna Reams. The Wilsons had four children.

After his admittance to the bar Wilson joined his father's law firm in Enid. A special agent with the Federal Bureau of Investigation from 1934 to 1938, the younger Wilson became the city attorney of Enid from 1939 to 1942. From 1942 to 1946 he served as a colonel in the Judge Advocate Generals Department in the U.S. Army and saw action in the South Atlantic Theater of Operations.

A Democrat, in 1948 he launched a successful bid for Oklahoma's Eighth District seat in the U.S. House of Representatives. He served on the Interstate and Foreign Commerce Committee. As a member of this committee, the freshman congressman was selected to travel to Europe to study socialized medicine, then being considered in Congress. Although he opposed this legislation, many in the medical profession claimed that he supported it and worked to defeat him in his reelection bid in 1950.

Following his return to Oklahoma, he became director of the Oklahoma State Crime Bureau in 1951. The next year, he was named a state judge for Garfield County, and he held this position until 1968. He went on to serve in various judicial positions, including a term as a district judge from 1969 to 1977. Wilson died in Enid on July 16, 1985. He was interred in that city's Memorial Park Cemetery.

The following (as per The Chicago Manual of Style, 17th edition) is the preferred citation for articles:
Carolyn G. Hanneman, “Wilson, George Howard,” The Encyclopedia of Oklahoma History and Culture, https://www.okhistory.org/publications/enc/entry.php?entry=WI025.