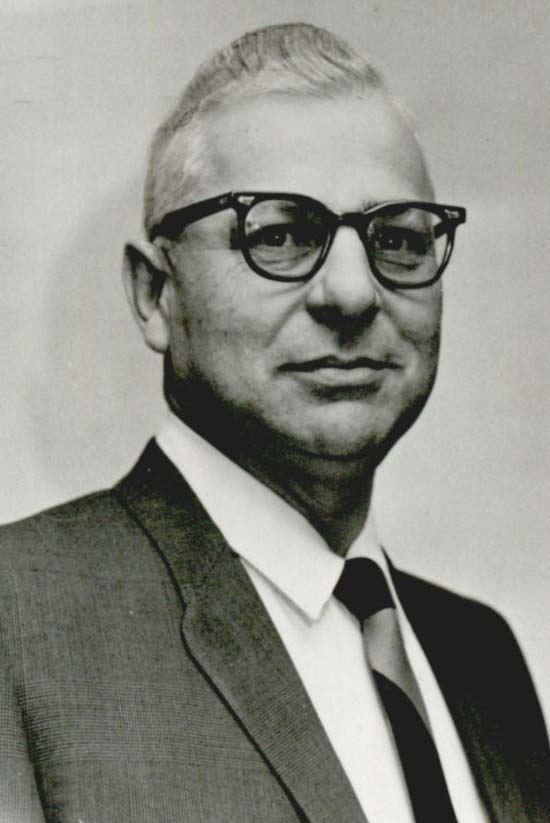 Attempts to initiate agricultural and vocational training in Oklahoma began immediately after 1907 statehood. The state constitution dictated education in "agriculture, horticulture, stock feeding and domestic science." However, progress was sporadic in the state until the passage of the Vocational Education Act, commonly called the Smith-Hughes Act, by Congress on February 23, 1917. This law provided funding, standards, and regulations for vocational education in agriculture, in trades and industry, in homemaking, and in teacher training. The state legislature created the State Board of Vocational Education and in 1917 submitted the Oklahoma State Plan for Vocational Education to the federal board. Thereafter, activity and funding increased to build a comprehensive program in Oklahoma.

Late in 1917 the federal board approved Oklahoma's plan. Stephen Melvil Barrett, who had pioneered vocational education in the state, became the first director of the State Board of Vocational Education, and in 1917 programs were opened statewide. Oklahoma A&M College (now Oklahoma State University), Panhandle Agricultural Institute (now Oklahoma Panhandle State University), and Cameron School of Agriculture (now Cameron University) were the first higher education institutions to offer courses, including teacher training. The initial efforts were limited in scope and concentrated on agricultural education. The first year's budget was $70,000, and funding remained less than $100,000 annually for the next decade. By 1927 almost fifteen thousand Oklahoma students were enrolled in agricultural education, home economics, or trades and industry training.

Agricultural and vocational education reached its pre–World War II zenith in the late 1920s in Oklahoma. In 1929 federal funding increased with the passage of the Vocational Education Act (George-Reed Act). That same year the vocational education program was combined with the State Board of Education, streamlining administration and funding of programs. By 1930 Oklahoma offered a comprehensive agricultural education program designed to meet the needs of students from high school age to adults. Home economics was taught in most high schools, and trade schools were located in Oklahoma City, Enid, Langston, Okmulgee, Muskogee, Ponca City, Stillwater, and Tulsa. To provide accredited instructors, large-scale teacher training programs in agriculture, home economics, and trades were opened at Oklahoma A&M College at Stillwater and the Colored Oklahoma Agricultural and Normal University (now Langston University) at Langston. Educators in the latter two areas were also instructed at the University of Oklahoma.

During the 1930s Oklahoma agricultural education suffered due to the Great Depression and the Dust Bowl era. Many teachers were lured away by the Civilian Conservation Corps and the Soil Conservation Service, because both organizations offered stable jobs to individuals who were trained in modern farming and soil treatment techniques. Funding was assisted by the passage of a new Vocational Education Act (the George-Ellzey Act) in 1934. However, enrollments dropped sharply in home economics classes during the 1930s. Ironically, the Great Depression increased the demand for training, and from 1931 to 1941 the trade and industrial program doubled in size in Oklahoma. In 1936 the federal government recognized "distributive education" as an accredited area of vocational instruction and approved funding. Distributive education involved the instruction of students who wanted to learn some phase of "distributing merchandise to the public." Its importance would continue to grow in the coming decades as the national economy expanded and the demand for consumer goods increased.

The advent of World War II realigned the priorities of all the educational programs in Oklahoma. The demand for skilled workers in agriculture to produce foodstuffs and for trained defense workers to manufacture war goods placed enormous pressure on the vocational education system. In June 1941 James B. Perky became state director of vocational education. He provided strong leadership throughout the war and for the next three decades. Anticipating the coming conflict, the federal government had passed the Defense Training Act (1940), which helped develop plans for wartime instruction. When the United States entered World War II, the shift to defense training was quickly initiated. Perky became director of the war training program and supervisor of food-production training. During the war years more than sixty thousand adults were educated in vocational agriculture, and more than 150,000 workers were given instruction in fifteen skills, ranging from aircraft mechanics to arc welding.

Oklahoma's vocational education expanded greatly with the influx of students in the post–World War II era. In 1946 the federal government recognized the need for expansion and sharply increased funding. Nursing training was placed within the purview of vocational education. In response to the changing world, nonagricultural instruction, especially distributive education and technical training, more quickly grew. The National Defense Education Act (1958), spurred by the successful launching of the first Sputnik in October 1957 by the Soviet Union, placed a much greater emphasis on training "highly skilled technicians in recognized occupations requiring scientific knowledge in fields necessary for national defense." Increased federal funding for technical learning spurred growth and led directly to the establishment of the Division of Technical Training in Oklahoma. The mandate was further enhanced in 1962 with the Manpower Development and Training Act, which sought to address shortages in "professional, scientific, technical, and apprenticeable categories." The Vocational Education Act of 1963 further increased funding.

A direct result of these changes was the creation in 1965 of area vocational-technical schools as magnet schools. These opened in Tulsa, Oklahoma City, Ardmore, Duncan, and Enid in 1965. Two years later Perky retired after twenty-six years as director of vocational education. Francis Tuttle, who had overseen the establishment of the area schools, replaced him.

The 1960s were a time of challenge for vocational education because of society's changing needs. In 1968 two independent reports harshly criticized efforts in Oklahoma for offering outdated curriculum and not meeting the demands of the modern economy. Government responded quickly by creating the State Board of Vocational and Technical Education and the State Department of Vocational-Technical Education, charged with modernizing all facets of the program. The primary focus of the department became training and retraining to meet the needs of Oklahoma employers. This included aggressive statewide expansion of outreach programs into all areas of adult education. In 2000 the revised role was recognized when the agency was renamed the Oklahoma Department of Career and Technology Education. At the beginning of the twenty-first century Oklahoma offered programs and services in twenty-nine technology center districts operating on fifty-four campuses, four hundred comprehensive school districts, twenty-five skill centers, and three juvenile facilities. Annual statewide enrollments were slightly less than one-half million.

The following (as per The Chicago Manual of Style, 17th edition) is the preferred citation for articles:
Carl N. Tyson, “Agricultural and Vocational Education,” The Encyclopedia of Oklahoma History and Culture, https://www.okhistory.org/publications/enc/entry.php?entry=AG003.