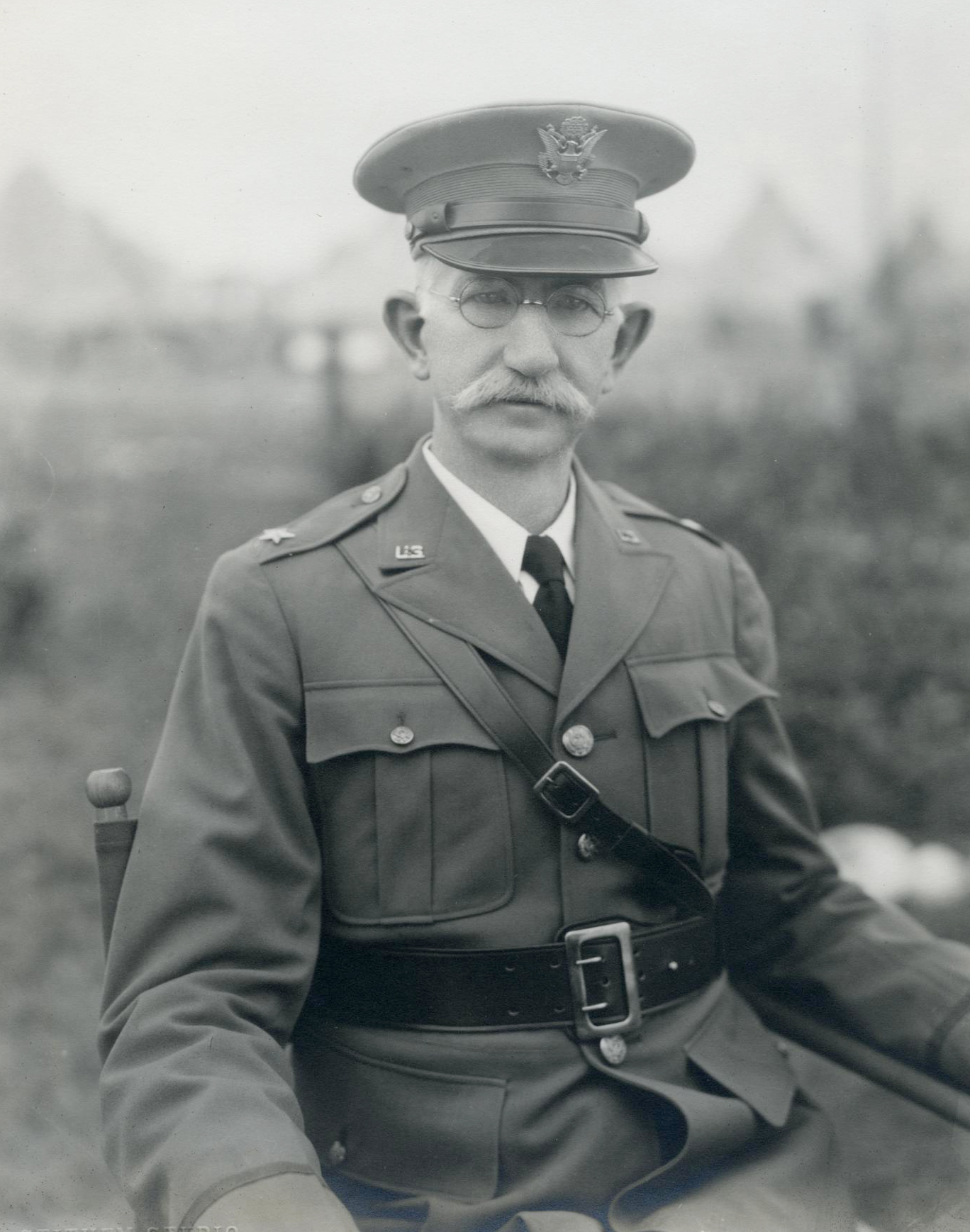 Adjutant general and state legislator Charles Franklin Barrett was born on January 1, 1861, in Galion, Ohio, to John E. and Charlotte Reynolds Barrett. After living in Kansas, Colorado, Utah, and Montana, Barrett settled in Oklahoma City on July 4, 1893. His early career was a mixture of newspaper work and law, both of which he pursued in Oklahoma.

Becoming immediately involved in Oklahoma politics, Barrett was a vocal advocate of single statehood and participated as a clerk in the Constitutional Convention of 1906. An influential leader, he held many offices, including secretary of the State Board of Agriculture. He served terms in both the Oklahoma House of Representatives and Senate.

He served in the territorial militia as a captain before the Spanish-American War. However, due to an injury sustained at camp, he did not see combat duty. He continued to be active in the Oklahoma National Guard (after 1920, the Forty-fifth Infantry Division) after the war. In 1914 he became judge advocate and by 1919 accepted the adjutant general position. Among the many responsibilities during his tenure, he deployed troops to suppress the violent racial conflict in Tulsa in 1921. With the exception of two years, he served at this post until 1939.

Active in state affairs until his death in 1946, he was survived by his three children. For his many contributions Gen. Charles F. Barrett was named to the Oklahoma Hall of Fame in 1931 and became known as the "Father of the Forty-Fifth Infantry Division."

The following (as per The Chicago Manual of Style, 17th edition) is the preferred citation for articles:
Alan R. Tripp, “Barrett, Charles Franklin,” The Encyclopedia of Oklahoma History and Culture, https://www.okhistory.org/publications/enc/entry.php?entry=BA025.