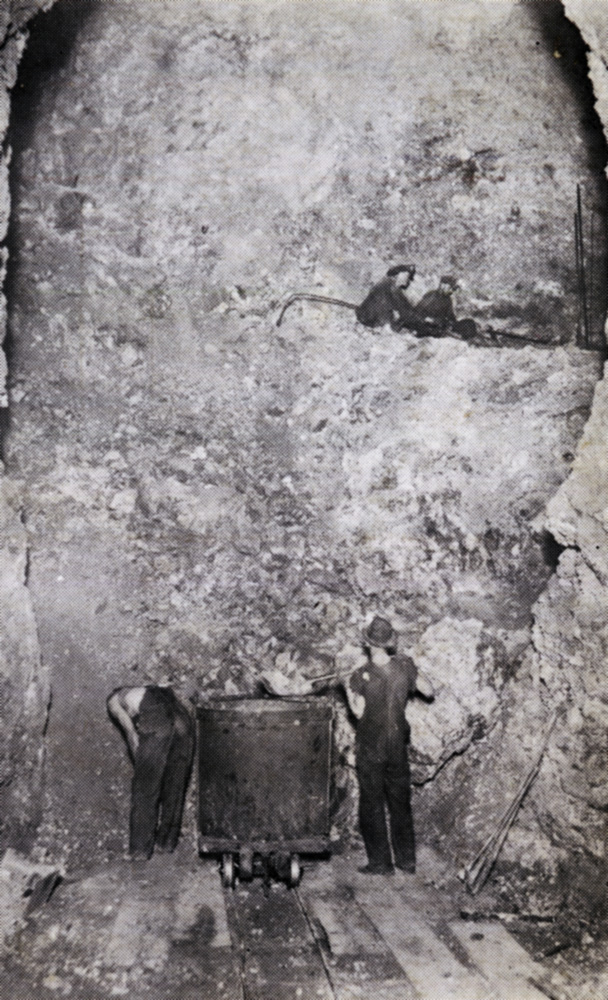 Oklahoma's tremendous mineral wealth is distributed throughout the state. These resources, which include petroleum (crude oil and natural gas), coal, and nonfuel minerals (such as limestone, gypsum, salt, clays, iodine, and sand and gravel), are being produced in all seventy-seven counties. The monetary value of all minerals produced since 1907 statehood stood at $750 million in 1958, rose to $2.26 billion by 1975, and through 2002 totaled $209 billion. In the year 2002 the combined value of petroleum, coal, and nonfuel minerals produced in Oklahoma was about $6.7 billion. It had reached a high of almost $11 billion in 1982 and 1984, during the "oil boom."

Other commodities being produced, or for which there are current mining permits, include clays and shale, salt, lime, granite, rhyolite, dolomite, sandstone, volcanic ash, and tripoli. State mineral resources historically produced but not being mined in 2003, or for which there were no current mining permits, include asphalt, lead, zinc, copper, iron, manganese, titanium, and uranium. Oklahoma ranks first among the states in production of iodine and gypsum; in fact, Oklahoma is the only producer of iodine in the nation and produces about one-third of America's needs. Oklahoma also ranks high among other states in the production of tripoli (second), helium (third), feldspar (fifth), and glass sand (seventh).

Oklahoma has important reserves of certain high-purity minerals suitable as raw materials for various chemical industries. There are major deposits of high-purity limestone, dolomite, and glass sand in the south-central and eastern parts of the state; gypsum and salt are widespread in the west. The abundance and quality of these minerals would enable manufacture of caustic soda, soda ash, chlorine, sulfur, sulfuric acid, lime, sodium silicate, and other chemical products. Oil, natural gas, and water, needed in the manufacture of these products, are plentiful in most parts of the state, and bituminous coal is abundant in eastern Oklahoma.

Historically, lead, zinc, and copper have been very important to local economies, although no metals were produced into the twenty-first century. One of the centers for lead and zinc production was the Miami-Picher area of Ottawa County, in the world-famous Tri-State Mining District of northeastern Oklahoma, southeastern Kansas, and southwestern Missouri. Underground mines in Ottawa County produced approximately 1.3 million tons of lead and 5.2 million tons of zinc between 1891 and the closing of the last mine in 1970. Oklahoma led the United States in zinc production almost every year from 1918 through 1945. At the opposite end of the state, near Altus (Jackson County), a surface copper mine produced approximately 1.88 million tons of ore between 1964 and 1975. A decline in copper prices and an increase in production costs caused the mine to close.

In 2003 about 365 companies had permits to mine or produce nonpetroleum minerals at about six hundred different sites in Oklahoma; some of the permitted mines were inactive during 2003. About twenty-one hundred people were directly employed in recovering nonpetroleum minerals during 2002. Annual reports and data on mineral production and mining permits are available from the Oklahoma Department of Mines in Oklahoma City.

The following (as per The Chicago Manual of Style, 17th edition) is the preferred citation for articles:
Kenneth S. Johnson, “Mining and Minerals,” The Encyclopedia of Oklahoma History and Culture, https://www.okhistory.org/publications/enc/entry.php?entry=MI041.