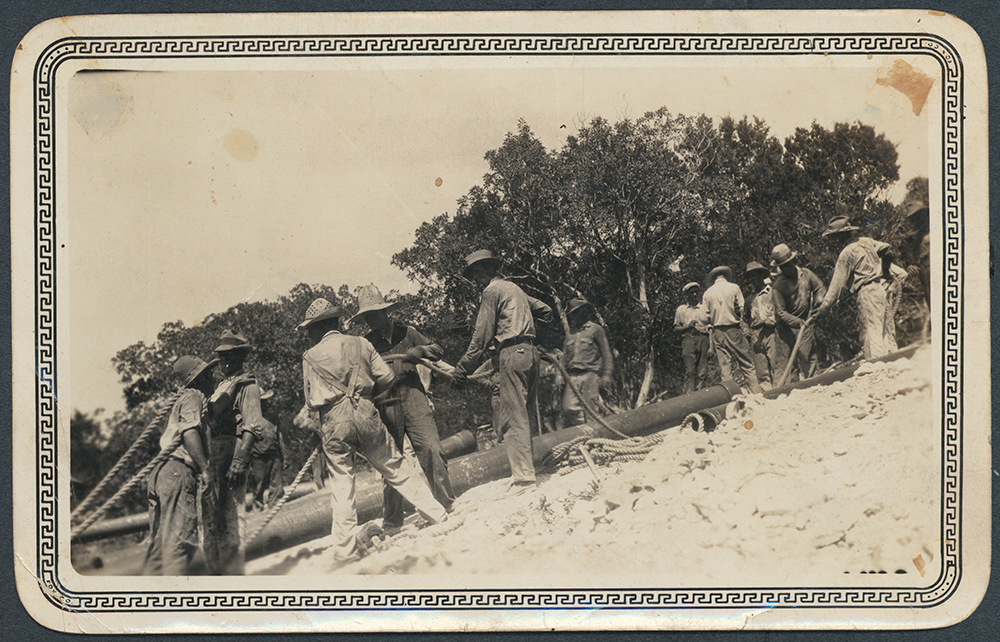 Pipelines provide the most efficient method of transporting liquid and gas petroleum products and as such move approximately two-thirds of the nation's petroleum production. At the beginning of the twenty-first century Oklahoma ranked seventh among oil-producing states and, with 68,008 miles operating within its boundaries, served as the nation's major crossroads for pipelines. The major lines included fifteen crude-oil lines, six that carried refined product, and seven that transported liquified gas. There was also a massive network of smaller lines that serviced the various oil fields and provided product to the state's cities and towns.

That complex system comprises an upstream portion and a downstream portion. The upstream system starts with gathering pipelines of a small diameter that takes the oil from the wells to field storage tanks. From there the oil is pumped through larger gathering lines to be concentrated at storage facilities, usually termed tank farms, from which it enters the major pipelines for transport to refineries. The downstream system begins after the oil is refined and the resulting product, such as gasoline, home-heating oil, jet fuel, and a host of others, is pumped to depots for wholesale and retail distribution. Taken as a whole, the entire complex has remained a major employer in the state of Oklahoma.

The first oil pipeline built in Oklahoma developed in 1900 when the Phoenix Oil Company laid a two-inch line from its wells in present Osage County to the nearby railroad loading facility at Bartlesville. Despite continuing small oil strikes in the region, no major pipelines were built, due largely to the legal difficulties of securing permission to cross Indian lands. Then in 1906 the massive Glenn Pool Field was discovered near Tulsa, and the situation changed. That year the Prairie Oil and Gas Company built a major pipeline from the Glenn Pool to a Standard Oil Company refinery in Indiana.

Overproduction in the Glenn Pool field overwhelmed railroad oil-loading terminals at Jenks and the newly created Kiefer. As a result, the price of the low-sulphur-content oil, which was ideal for refining, dropped to less than a dollar per barrel. With that incentive and the coming of Oklahoma statehood in 1907, both the Gulf Oil Corporation and the Texas Company (Texaco) laid major eight-inch lines from the Glenn Pool to their Gulf Coast refineries in the Beaumont, Texas, area. That development set the pattern for a tremendous expansion of the pipeline network throughout Oklahoma as new fields were discovered, refineries were built, and demand for petroleum products grew. Subsequently, the second state legislature in 1909 granted the Oklahoma Corporation Commission (OCC) the power to regulate oil pipeline companies within the state, and the OCC has retained that authority to the present.

The following (as per The Chicago Manual of Style, 17th edition) is the preferred citation for articles:
Bobby D. Weaver, “Pipelines,” The Encyclopedia of Oklahoma History and Culture, https://www.okhistory.org/publications/enc/entry.php?entry=PI012.