Mississippi Choctaw and the Dawes Roll

The differences in the cards are shown here using the example of Davis Jacoway, an applicant who was listed on each type of card. A second example illustrates the enrollment process for the family of Will Williamson, who was also listed on each type of card, but did not receive final approved roll numbers because they did not submit proof of relocation to Indian Territory. 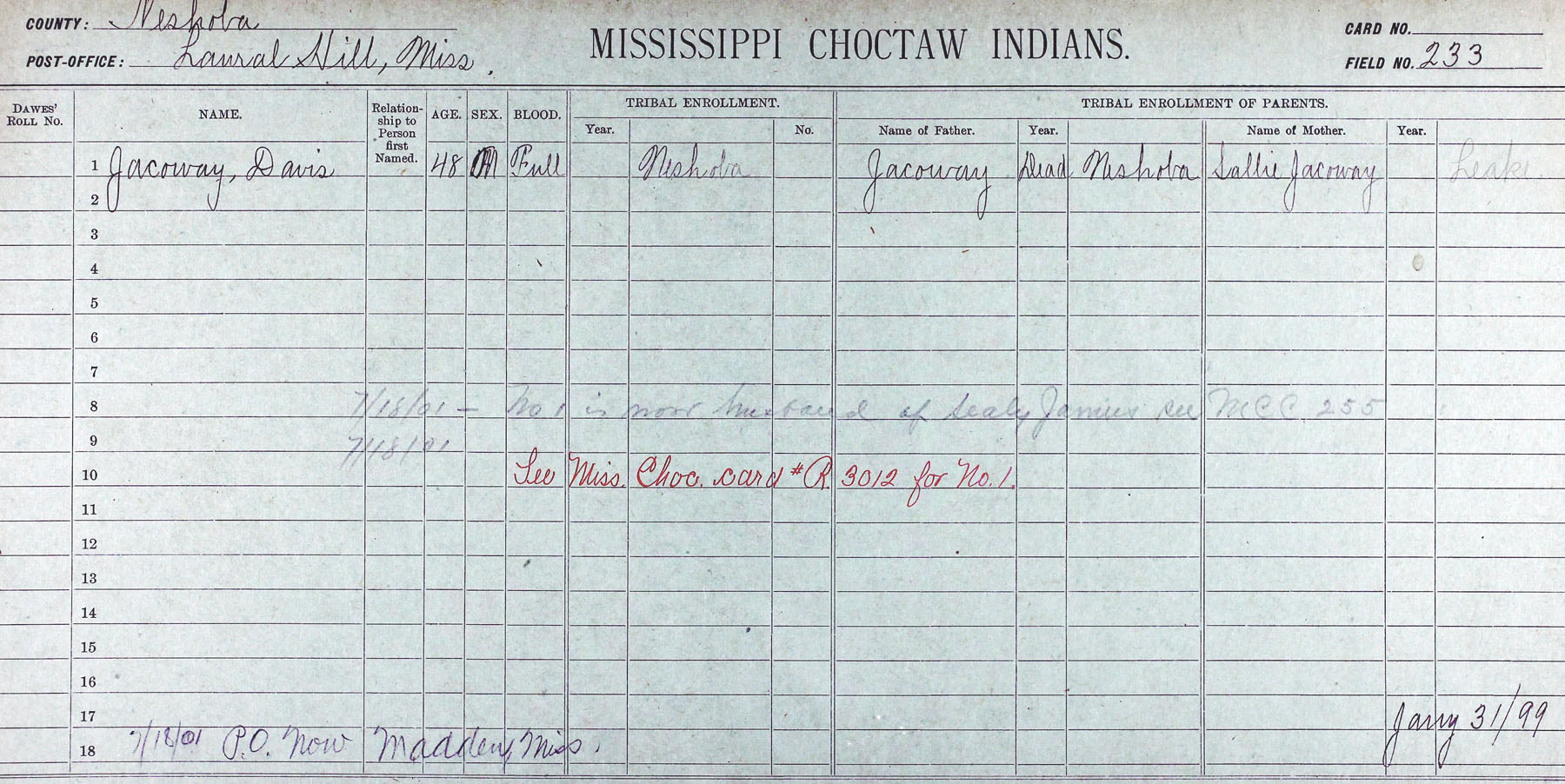 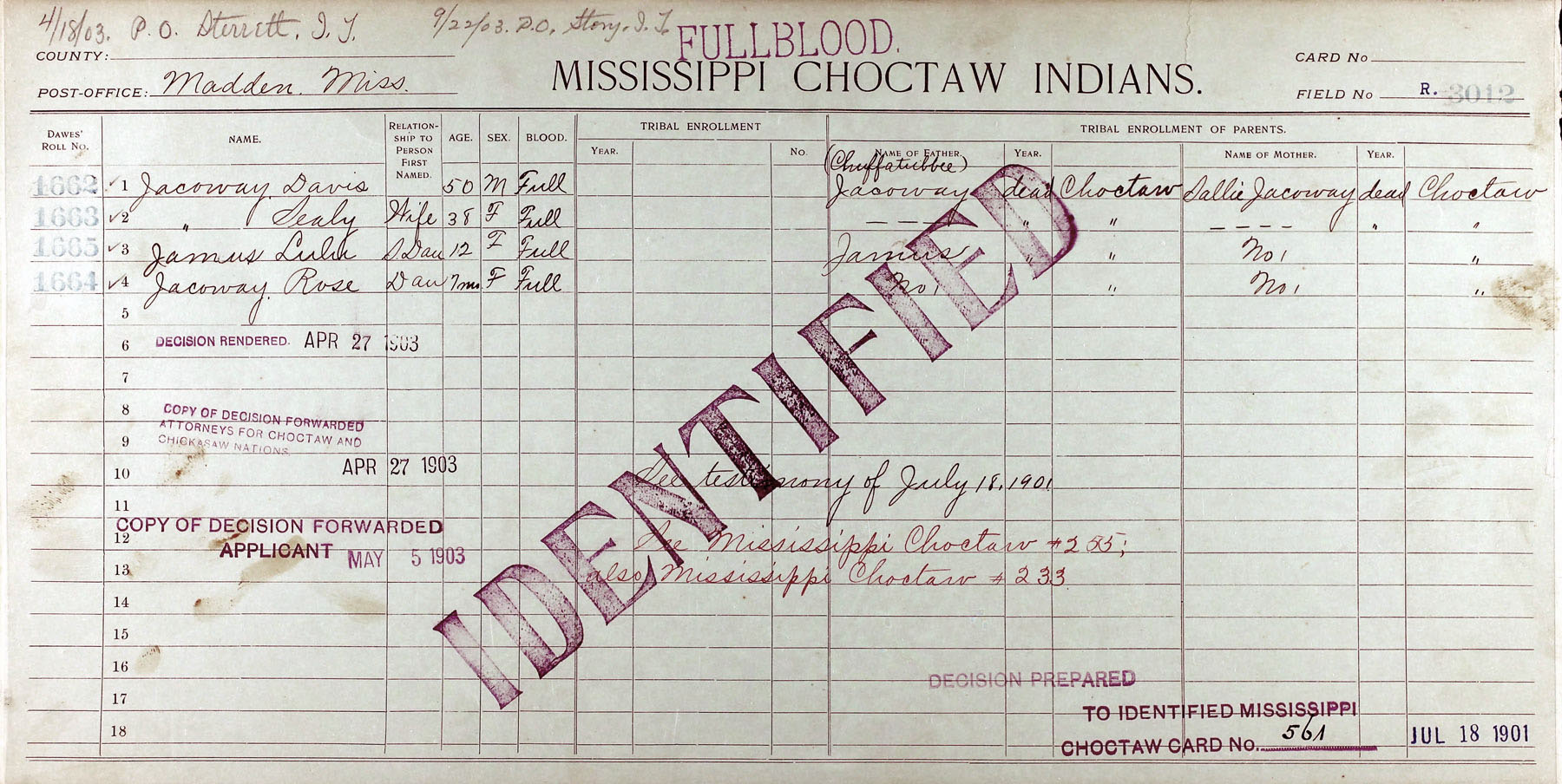 Davis Jacoway–Mississippi Choctaw Refused Field Card #R3012, Schedule #1662
Davis Jacoway is shown here on Refused card R3012. The card is stamped "Identified," and a notation at the bottom indicates the applicants were transferred to Identified card 561. 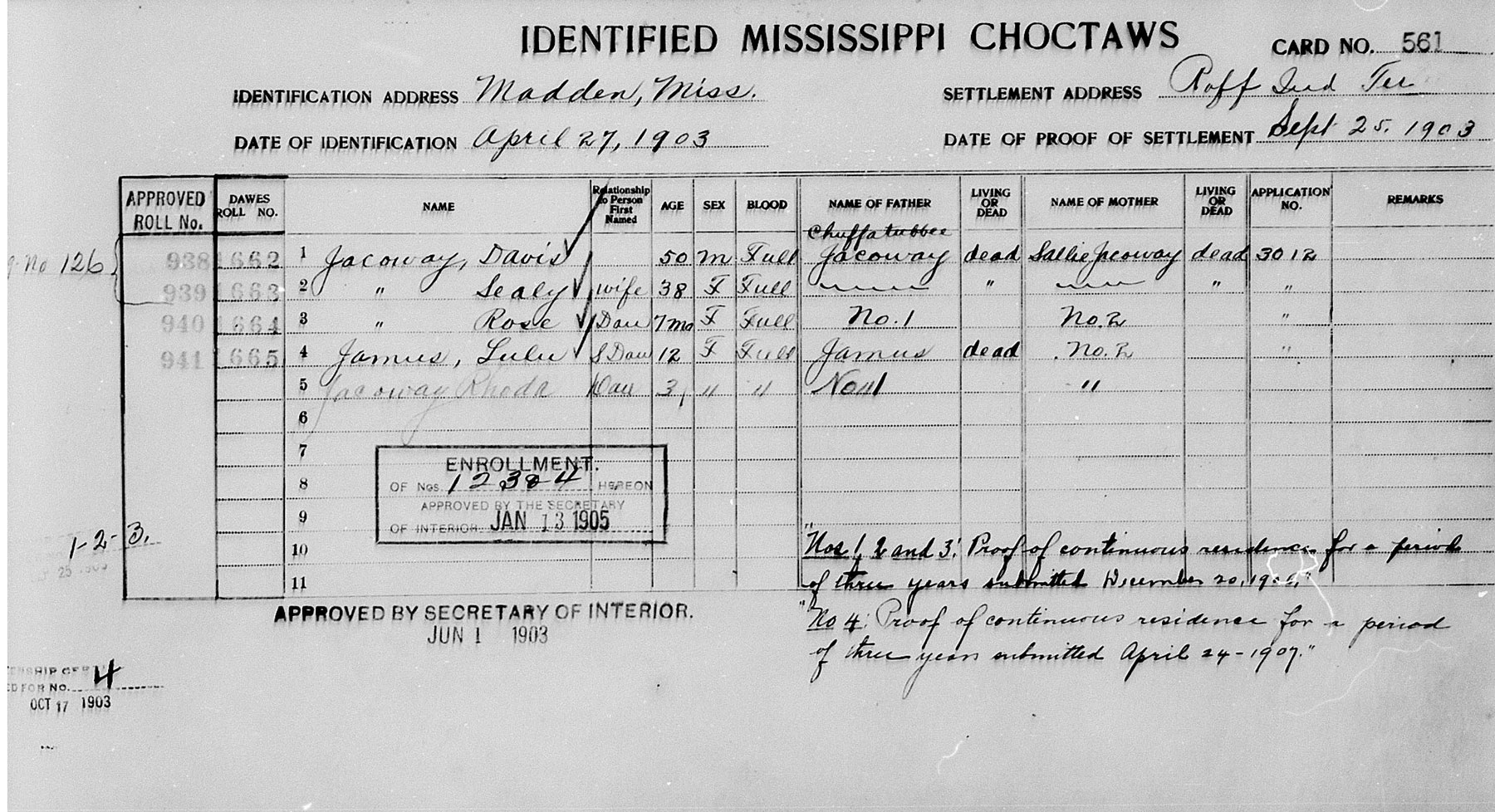 Davis Jacoway–Identified Mississippi Choctaw Card #561, Approved Roll #938
Davis Jacoway is shown on his Identified card. The written notes on the card confirm that Jacoway and his family removed to Indian Territory and provided proof of continuous residence. On the left side of the card are the final approved roll numbers.

Will Williamson and his family were first listed on an initial field card, then transferred to a Refused field card, and finally listed on an Identified card. However, they were not issued final approved roll numbers because they did not provide proof of relocation to Indian Territory from Mississippi. 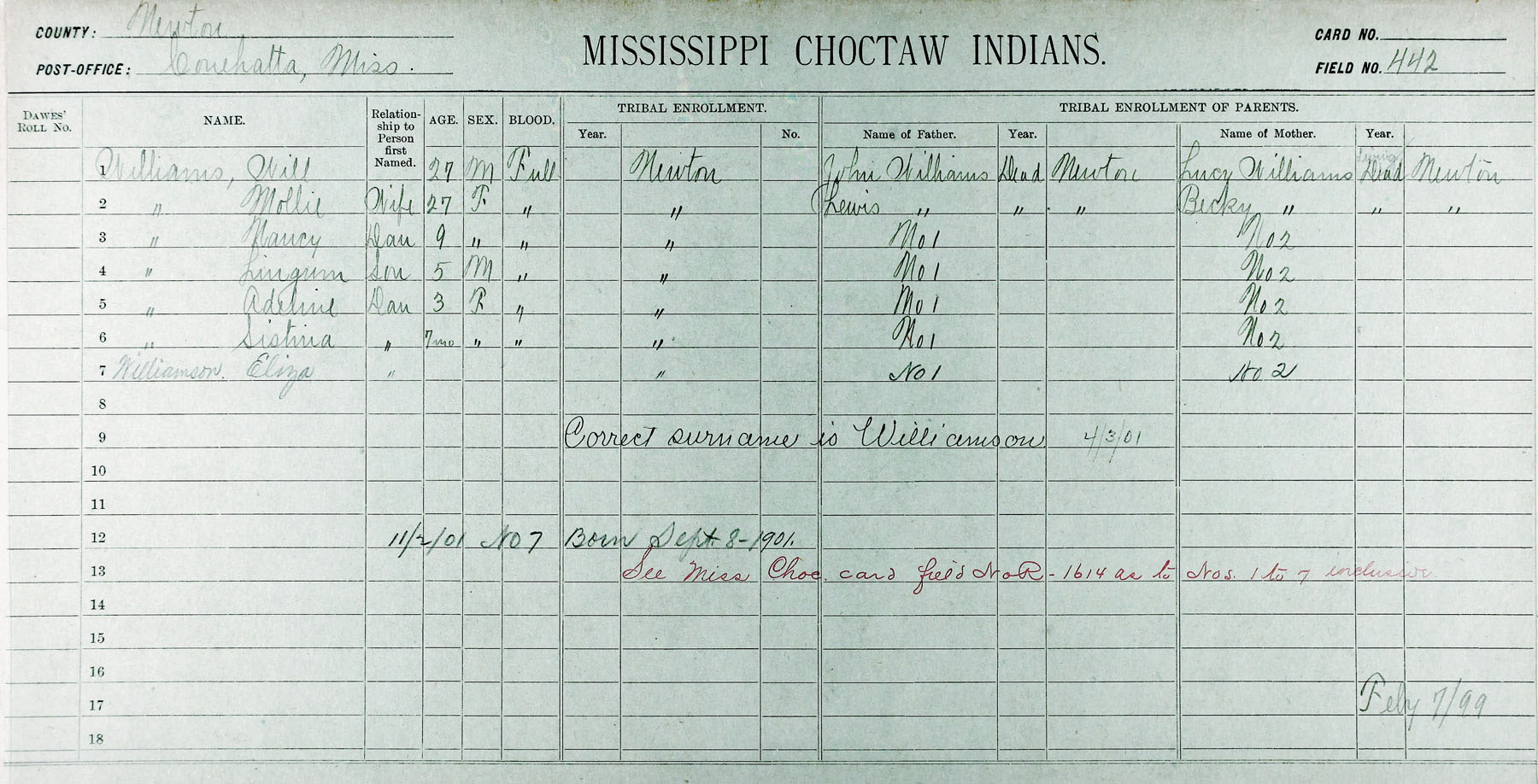 Will Williamson–Identified Mississippi Choctaw Card #570
The stamped note states the applicants did not submit proof of removal and resettlement within one year from the date of identification. For this reason, they did not receive final approved roll numbers.