The Model 1861, three-inch ordnance “rifle” was cast in 1863 at the Phoenix Iron Company in Phoenixville, Penn. The gun reportedly saw service in several Civil War battles, including Missionary Ridge, before Pawnee Bill acquired it for use in the Wild West Show. After the Wild West Show, the gun found a home on the front lawn of Pawnee Bill and May Lillie’s mansion. Shortly before Pawnee Bill died in 1942, he gifted the gun to his longtime friend and publicist, Frank Stuart. The carriage was in bad shape and continued to deteriorate as the gun sat in Stuart’s backyard in Oklahoma City for many years. Stuart died in 1950, and under his will, the cannon was left to the Oklahoma Historical Society in 1951. The OHS had a new carriage built for the cannon and has displayed it in Oklahoma City ever since.

When the cannon is permanently installed at the ranch, the cannon will be placed on a concrete pad with exhibit panels to tell its story. A new sidewalk will ensure the display is accessible to everyone. 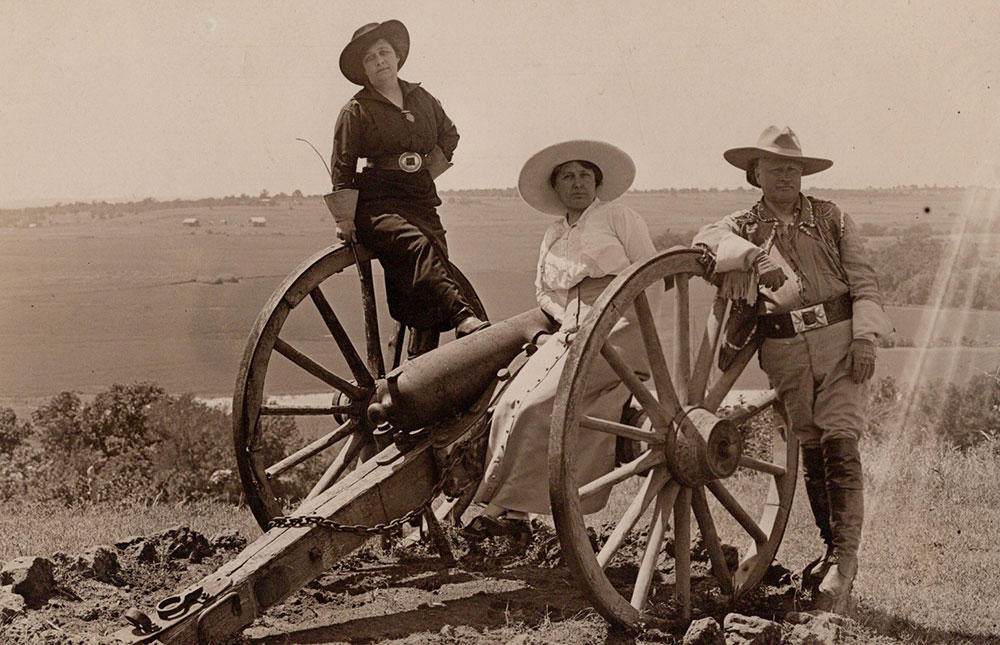