As a contributor to the 45th Division News and Stars and Stripes, Sgt. Bill Mauldin drew cartoons about the life of the average soldier on the front line. These cartoons were able to communicate to the public the life of a soldier better than written reporting. They also helped soldiers have a laugh during hard times and keep up morale. Here is an example of one of Sgt. Mauldin's cartoons: 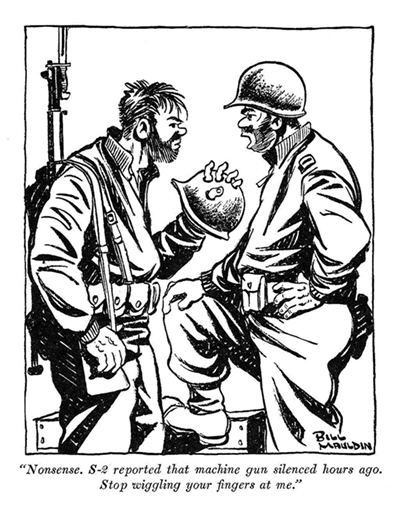 Study the image and answer the following questions:

Try drawing your own cartoon on this page. If you like, use this message as a guide:
Front line soldiers don't always get enough sleep. 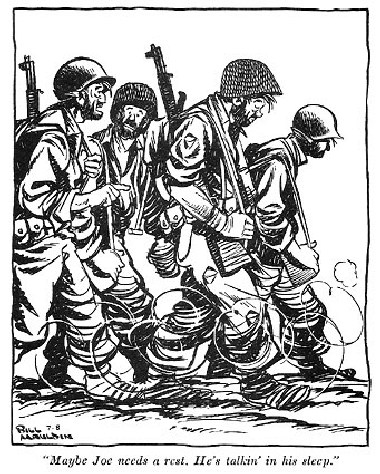 What is different about your drawing? What is the same? 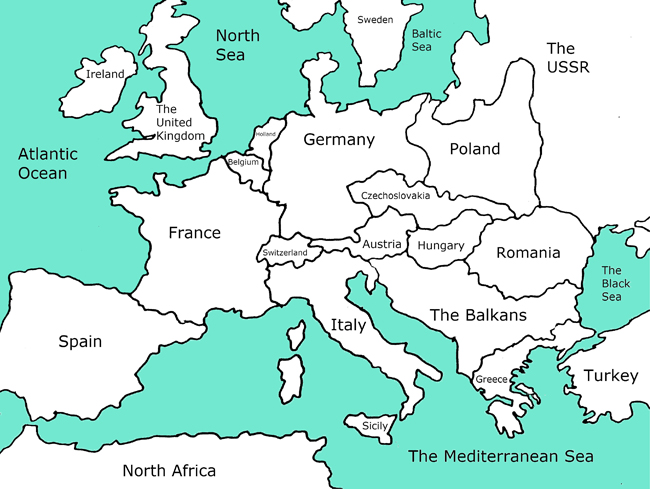 This map shows Europe in 1937, before the war. The borders may look a little different than you are used to. Use colored pencils or crayons and the attached map to learn what Europe looked like, where the 45th Infantry Division fought, and which countries fought together or were occupied during World War II.

Next, color all of the Axis nations in gray. The Axis Nations were:

By 1940, the Axis countries invaded and occupied many other nations. Color these nations in yellow.
The Occupied Nations were:

Finally, color the nations that stayed neutral, or didn't fight in the war, in brown. The neutral nations were:

Symbolism is when one image or word stands for, or represents, something else. A good example of this is the American flag. You probably see the flag every day, but here is an image of it if you need a reminder:

The flag stands for the United States of America but each of its pieces stands for something else, too.

The shoulder patch stands for the 45th Infantry, but each of its parts stand for something as well. 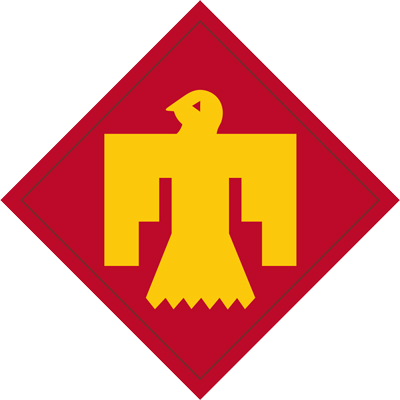 Below is a list of colors and symbols, and what they mean. Use this list to create your own shoulder patch for yourself, your classroom, your school, or your family.

If you don't see a symbol you like, you can find more symbols at the American College of Heraldry website: http://www.americancollegeofheraldry.org/achsymbols.html 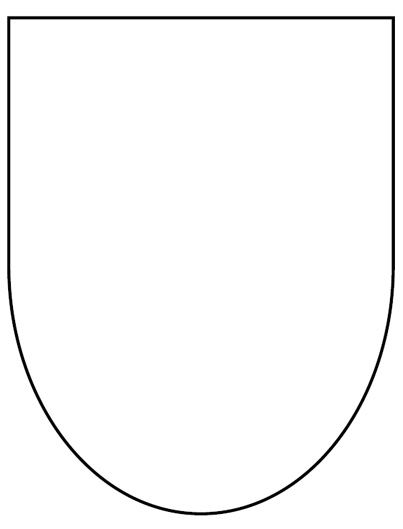 Study this photo of some of the wounded from the 45th after the Battle of Anzio in 1943. 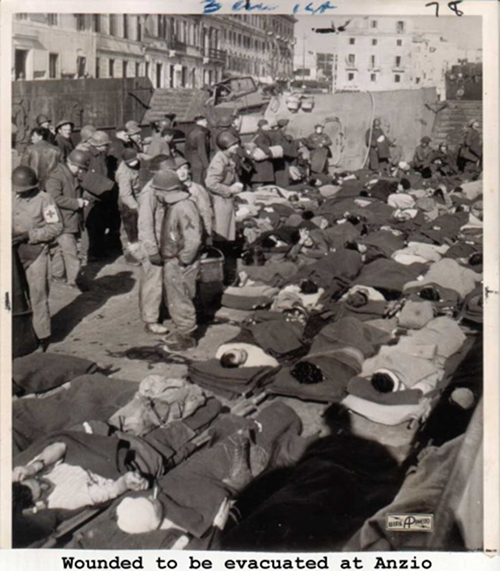 Discuss the following questions with your class or in small groups:

After studying the photo of two 45th soldiers below, have students do a free write about their observations and feelings about the piece. Provide the following prompts:

Next, have students create a diary or journal entry for one of the men in the photograph. Have them describe what the man is like (their name, how old they are, what they are doing) and their life during WWII as this new character. Be sure to have students write this entry in first person and to include their reasons for enlisting and how they feel about their duties and the war. 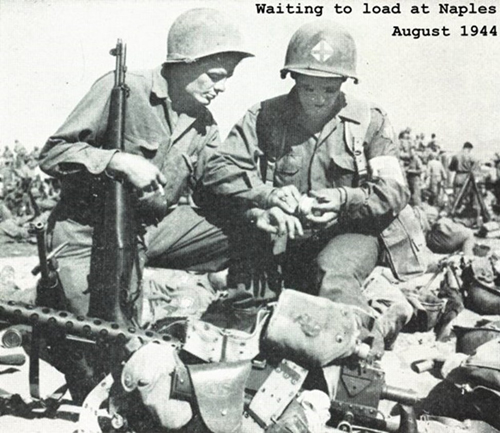