Oklahoma! is a popular and well-known musical and the first collaboration by famed creative musical duo Richard Rodgers and Oscar Hammerstein II. The musical, set in Indian Territory, is an exciting love story with fighting, trickery, and of course, the great state of Oklahoma. Curly and Laurey, the main characters, love each other although they will not admit it. The cast is full of crazy characters: tough Aunt Eller with a big heart; sneaky traveling peddler Ali; a mysterious farmhand Jud who wants to marry Laurey; and Annie, who is in love with every boy! Oklahoma! first opened in New York City on March 31, 1943, at the St. James Theatre where it would be performed 2,212 times before ending its run . The song “Oklahoma!” from the musical became the official state song of Oklahoma in 1953. Oklahoma! changed the way musicals were performed and is still in production today. 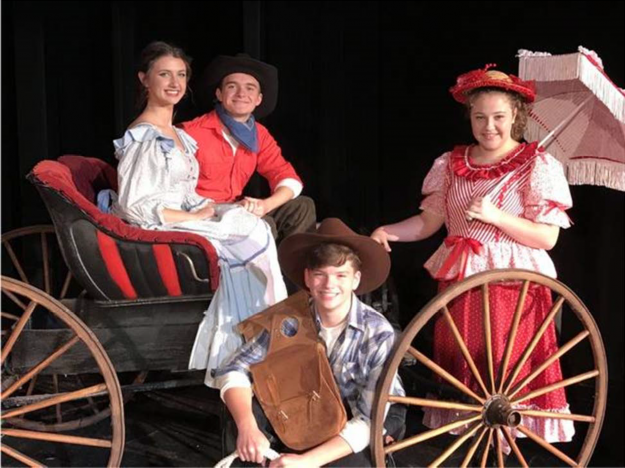 The 2017 Sooner Theatre production of Oklahoma! in Norman, Oklahoma (courtesy of The Oklahoman). 1