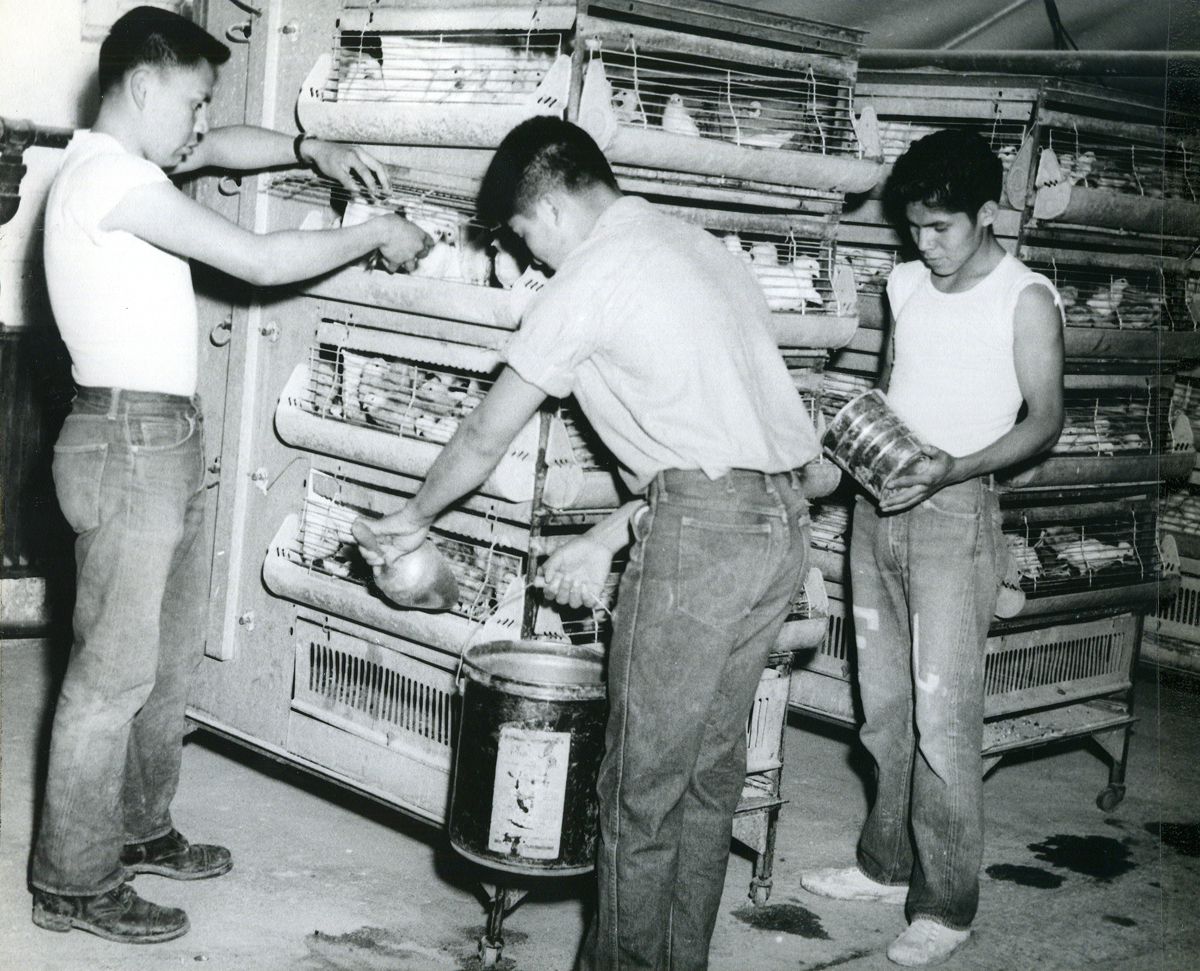 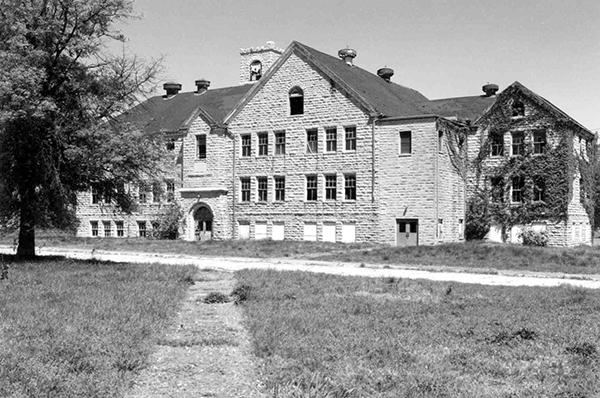 Constructed in 1883 and known by various names (Haworth Institute, Chilocco Indian Industrial School, Chilocco Indian Agricultural School, Chilocco Indian School) this federal off-reservation boarding school was established to house, civilize, Christianize, educate, and transform American Indian youth. Thousands of Native children and young adults passed under the school's entryway arch, the architectural marker of "civilized" space since Greek and Roman times. In January 1884 Chilocco opened its doors to 150 children from the Cheyenne, Arapaho, Wichita, Comanche, and Pawnee tribes. By 1895 enrollment had increased to 352, and by 1906 students hailed from a wide variety of tribes across Oklahoma and the West. Significant enrollment from the so-called "Five Civilized Tribes" did not occur until after 1910, but by 1925 Cherokee constituted the largest single tribal affiliation at the school (26 percent of approximately nine hundred students). As public schools became more accessible to Indian children after World War II, Chilocco served students from more remote, inaccessible areas such as the Navajo reservation in Arizona and New Mexico and communities in Alaska.

Located between Arkansas City, Kansas, to the north and Ponca City, Oklahoma, to the south, Chilocco embodied many roles until its doors were closed in 1980. Home and haven to some, reformatory and prison to others, Chilocco was one of many federal schools designed to dissolve tribal identity and erase indigenous beliefs and practices. Judged by these federal goals, Chilocco both succeeded and failed. In the process, the lives of Native people were indelibly altered, and Chilocco alumni, whether they praise or curse its name, will always know themselves as Chiloccoans.

From 1884 until the early 1930s Chilocco operated according to a template devised by U.S. Army officer Richard H. Pratt at Carlisle Indian School in Pennsylvania. The large off-reservation schools used rigorous military discipline and stressed instruction in trades and manual and domestic labor—known as "actual work." Alumni from these years remember twenty-two bugle calls a day, government-issue uniforms, scanty meals, inadequate health care, and a paucity of individual attention. They also remember the bonds of loyalty and love that knit students together, and the rivalries of tribe, degree of blood, age, and language difference that cross-cut school society.

In 1928 an exposé of federal Indian Service mismanagement scathingly critiqued conditions in the boarding schools, and in the early 1930s some reforms were introduced. Boys and girls could sit together in the dining rooms, more attention was invested in academic work, and drudgery work devoted to school upkeep was cut back. Nonetheless, many aspects of student life endured: separation from home and family for years at a time, devotion to fellow students, strict discipline, and curricula that remained focused more on vocational than academic preparation.

Through the 1960s and 1970s changing social conditions, growing Native enrollments in public schools, critiques of boarding school conditions, and federal reluctance to fund and operate schools for American Indians (despite treaty and trust obligations) led to the closure of many institutions. Chilocco closed its doors in 1980. At the end of the twentieth century only a few of the flagship off-reservation schools continued to serve Indian youth: Sherman Indian High School in Riverside, California, Chemawa Indian High School in Salem, Oregon, and Chilocco's sister school, Haskell Institute in Lawrence, Kansas, as Haskell Indian Nations University.

The following (as per The Chicago Manual of Style, 17th edition) is the preferred citation for articles:
K. Tsianina Lomawaima, “Chilocco Indian Agricultural School,” The Encyclopedia of Oklahoma History and Culture, https://www.okhistory.org/publications/enc/entry.php?entry=CH042.