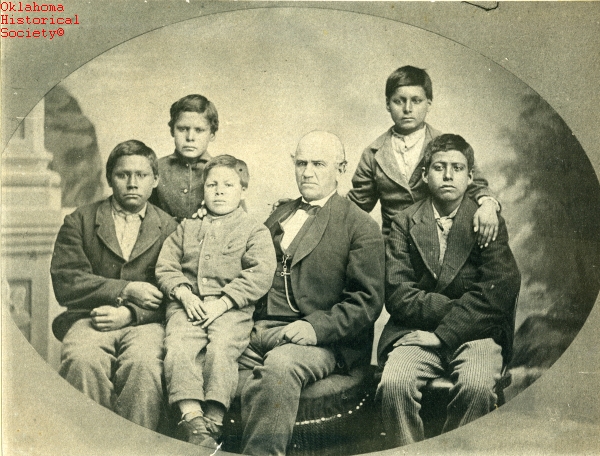 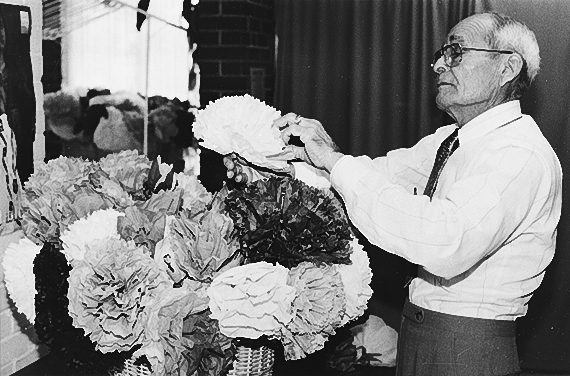 Oklahoma has felt the impact of Mexican influence since the era of Spanish conquest and exploration. Francisco Vásquez de Coronado (1541) and Juan de Oñate (1601) led expeditions from Mexico through the Oklahoma Panhandle in their fruitless search for legendary cities. These expeditions established Mexico's claim to all or portions of modern Oklahoma, claims not completely surrendered until the United States-Mexican War concluded in 1848. During the eighteenth and nineteenth centuries the Great Spanish Road to the Red River and the Santa Fe Trail commercially linked Mexico to the United States through Oklahoma. Cowboys inherited the vocabulary, equipment, and practices of the ranching culture from Mexican vaqueros who drove Texas longhorns along the Chisholm and Shawnee trails after the Civil War. Horses from Mexico transformed the culture of the Comanche, Kiowa, and Apache, who until the late nineteenth century raided across the border and often adopted young Mexican captives into their bands. Scattered accounts suggest that before 1900, Mexicans held annual roping and riding contests near Anadarko, raised sheep in northwestern Oklahoma, and worked gold mines in the southwestern part of the state.

Mexican immigration to Oklahoma began after 1900 when deteriorating economic conditions and revolution forced thousands of Mexicans, particularly from the populous states of Jalisco, Michoacán, and Guanajuato, to seek refuge and employment across the border. Between 1900 and the Great Depression, Mexicans constituted a majority of Oklahoma's railroad maintenance crews. They also worked in the coal mines, picked cotton, and held jobs in packinghouses, oil fields, quarries, construction projects, and municipal services across the state. Since most came as migrant or contract workers, labor needs dictated their distribution patterns. Railroad workers typically lived in boxcars on the right-of-way, creating small settlements in dozens of towns such as Blackwell, Purcell, and Ardmore along the Santa Fe and Medford, El Reno, and Waurika beside the Rock Island. Others worked in the roundhouses, shops, and yards in Oklahoma City, Tulsa, and Sapulpa.

Some miners worked in Tulsa, but the majority labored in southeastern communities such as McAlester, Hartshorne, Lehigh, and Wilburton. Most Mexican workers were single men who came as temporary laborers and returned home at the end of the season. In time, some brought their families and settled more permanently. By 1930 the number of Mexicans reached nearly seventy-five hundred.

Before the Great Depression Mexican immigrants rarely became citizens. They were generally poor, seldom spoke English, and most were illiterate. Isolated from the larger community and often suffering prejudice and discrimination, they established organizations such as Comisiones Honoríficos (Honorary Commissions) and the Cruz Azul (Blue Cross) to promote ethnic pride, serve as mutual-aid societies, and sponsor patriotic celebrations. Although the vast majority were Roman Catholic, there were no Spanish-speaking priests in Oklahoma until the arrival of several Spanish Carmelites from Mexico in 1915. They built Little Flower Church in Oklahoma City and later established Our Lady of Guadalupe in Tulsa. Both churches endured as centers of Mexican spiritual and cultural life.

The Depression drove most Mexicans from the state. In 1940 only about fifteen hundred remained, and these formed the foundation of Oklahoma's Mexican community. World War II revived the economy and offered Mexican immigrants and their Oklahoma-born children new opportunities to improve their status and standard of living. Mexican American veterans qualified for benefits under the GI Bill, and unprecedented numbers acquired advanced educations or small business loans. While first generation Mexican immigrants often remained isolated by language and cultural barriers, their Oklahoma-born children spoke English as well as Spanish and generally integrated into the broader culture.

In the postwar era Mexican immigration to Oklahoma accelerated. Population pressures and unemployment, especially in rural areas, forced poor Mexicans into the migrant stream, including a growing number who entered illegally. Severe economic crises in the early 1980s and mid-1990s pushed thousands more into Oklahoma. In the mid-1960s, in-migration of Mexican Americans from Texas established a pattern that continues to the present. Between 1990 and 2000 the number of persons of Mexican descent more than doubled to over 127,000, nearly 75 percent of the state's Hispanic population. Recent arrivals commonly hold jobs as farm and ranch hands, construction laborers, processing plant and factory workers, restaurant employees, and service personnel. The largest groups reside in Oklahoma City and Tulsa, but Mexicans live in every Oklahoma County, particularly in the southwest and the Panhandle, where in some communities they comprise more than 25 percent of the total population. Spanish is the primary language spoken in most Mexican households, and the influx of non-English speakers has challenged the ability of local officials to meet these newcomers' social and educational needs. In some Oklahoma classrooms, as many as one half of the students require bilingual instruction.

The increasing presence of Mexicans in Oklahoma is reflected in the number of community-based institutions serving them. Numerous Catholic and Protestant churches with Spanish-speaking clergy offer spiritual and material assistance. Spanish-language newspapers and radio stations in such places as Tulsa, Oklahoma City, El Reno, Lawton, and Altus provide news, public information, and entertainment. Groups such as the Hispanic Heritage Association of Oklahoma City and the Hispanic American Foundation of Tulsa promote ethnic pride and sponsor celebrations commemorating such events as the Cinco de Mayo and 16 de Septiembre (Mexican Independence Day). Organizations such as Oklahoma City's Latino Community Development Agency and Legal Aid of Western Oklahoma offer social, economic, educational, and legal assistance. In 2000 persons of Mexican descent formed the third largest ethnic minority in Oklahoma. Recent immigration trends and the relative youth of the population indicate that they will play an increasingly important role in the future.

The following (as per The Chicago Manual of Style, 17th edition) is the preferred citation for articles:
Michael M. Smith, “Mexicans,” The Encyclopedia of Oklahoma History and Culture, https://www.okhistory.org/publications/enc/entry.php?entry=ME024.