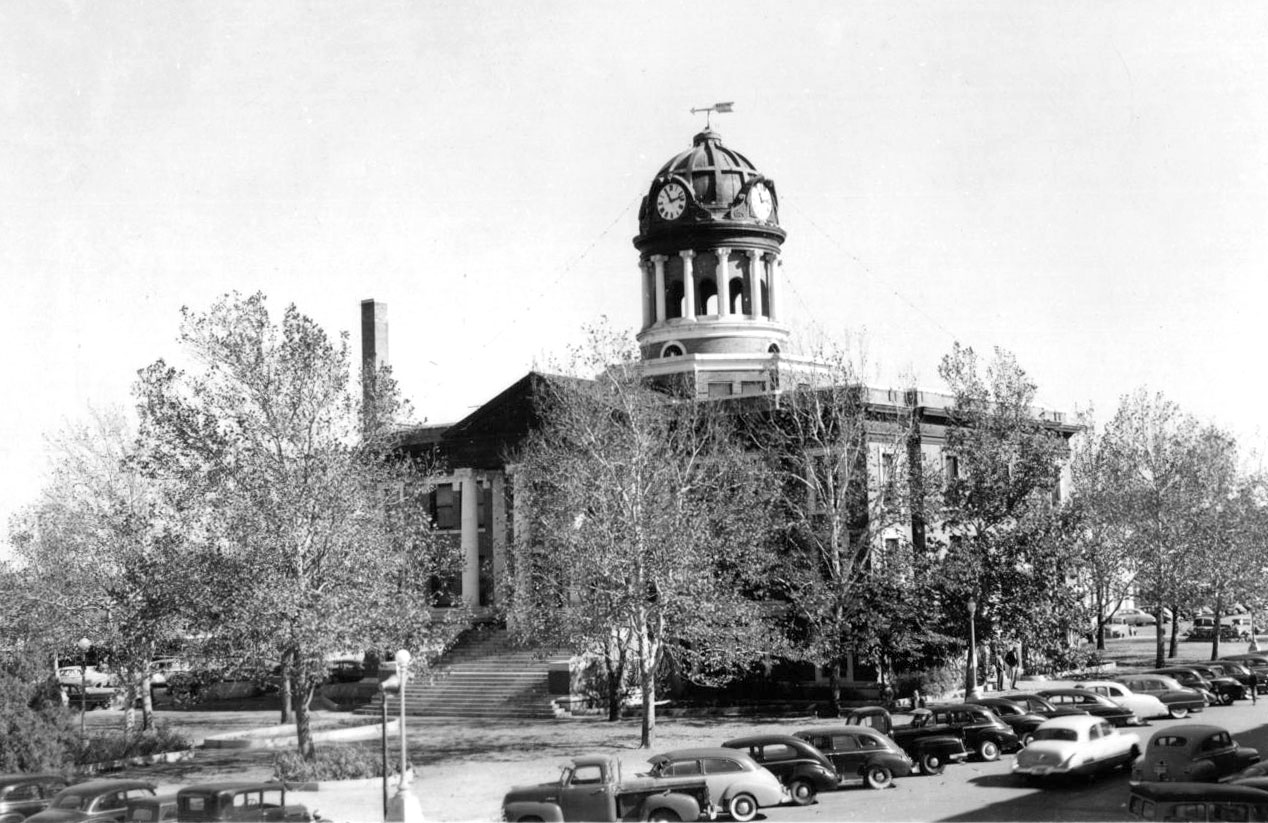 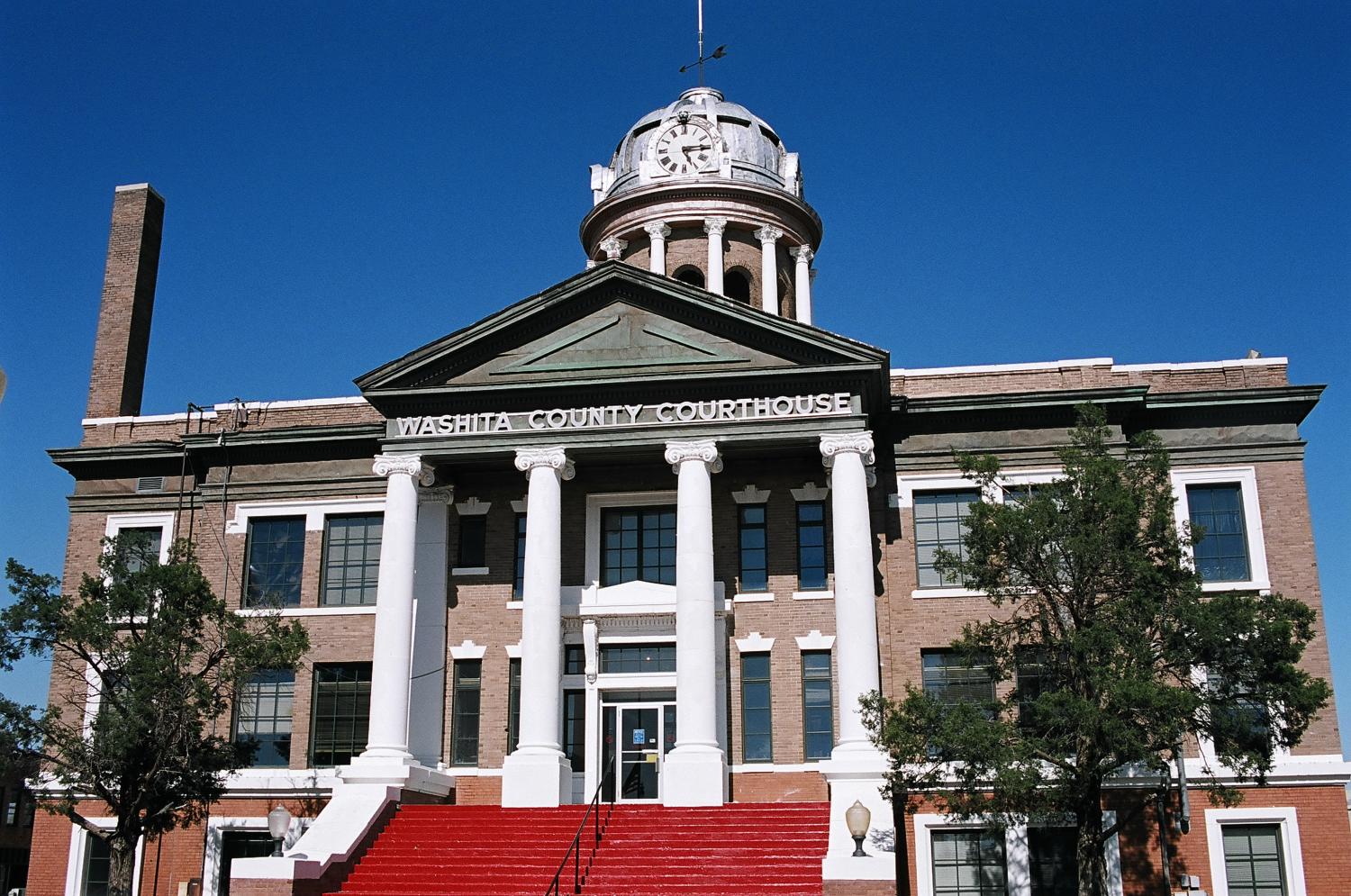 Located in western Oklahoma, Washita County is directly south of Custer County and north of Kiowa County, with Caddo County on the east and Beckham County on the west. The Washita River drains most of the area, but the southwestern corner has tributaries that flow into the North Fork of the Red River. The county encompasses a total of 1,009.7 square miles of land and water. Located in the Osage Plains, mostly in the Western Redbed Plains subregion, Washita County's has a landscape of rolling prairies ideal for farming and ranching. The county has fewer than six square miles of surface water.

A hunting ground for many precontact American Indian groups, the region had abundant bison, deer, antelope, turkey, and other game. The Duncan Archaeological Site provides an example of a Coalesced Villagers/Nomadic Communal Hunter culture immediately prior to or around the time of European contact. This village contains evidence of a palisaded wall to protect the residents, who were probably a part of the Wichita culture. The location may have been used seasonally during bison hunts. Later, Spanish travelers traversed the area on the Great Spanish Trail, which may have cut through the county's southwestern corner. In 1849 Randolph Marcy blazed the California Road and probably navigated through Washita County's northern edge. In 1869 both the Cheyenne and Arapaho tribes arrived in present Oklahoma to reside on their reservation, which included present Washita County.

In 1874 John Lytle established the Great Western Cattle Trail, which traversed Washita County. Although ranchers had been grazing their cattle on the reservation, illegally or through informal agreements, in 1883 Indian Agent John Miles leased three million acres of Cheyenne and Arapaho land to seven cattlemen. After turmoil ensued between ranchers and portions of the tribes, in 1885 the federal government terminated all leases in the reservation and ordered the removal of stock. During this period John Seger worked for the cattle interests, building a three-hundred-mile fence and overseeing a ranch near present Colony. In 1886 Seger convinced 120 Cheyenne and Arapaho to move to Cobb Creek, the site of the old ranch headquarters, and farm. This "Seger's Colony" was one of four that agency officials hoped would teach the tribes agricultural methods before the forced allotment of tribal land. The site later housed the Seger Indian School and Mennonite and Dutch Reformed Church missions.

On April 19, 1892, the federal government introduced non-Indian settlement into this region in a land run known as the Cheyenne-Arapaho Opening. This expanded Oklahoma Territory, and officials designated most of present Washita County as County H. The secretary of the interior allocated Tacola, which soon became Cloud Chief, as the county seat. The day after the run Tacola had an estimated population of three thousand to four thousand. Although a wide range of ethnic groups made the run, numerous German and Russian immigrants migrated a few years later, primarily from Kansas. Later towns, such as Corn and Bessie, had large German and German-Russian populations, which supported Mennonite churches, German-language newspapers, and other culturally specific enterprises. After settlement the county took the name Washita, for the river.

Towns such as Colony, Cloud Chief, and Cordell were founded on the day of or soon after the land opening. Other communities coalesced later, either by large Mennonite migration, consolidation of school districts, or townsite promotions by the incoming railroads. The latter proved the most frequent scenario. In 1902 the Blackwell, Enid and Southwestern Railroad, later purchased by the St. Louis and San Francisco Railway, commonly known as the Frisco, built through the county from north to south. East to west in the county's northeastern corner the Choctaw, Oklahoma and Gulf Railway (part of the Chicago, Rock Island and Pacific Railway) penetrated Washita County. In 1908 the Kansas City, Mexico and Orient Railway (bought by the Atchison, Topeka and Santa Fe Railway) completed construction on a north-south line through the county. In 2010 there were ten incorporated towns: Bessie, Burns Flat, Canute, Colony, Cordell (the county seat), Corn, Dill City, Foss, Rocky, and Sentinel.

In 1900 Cordell, located near the county's exact center, wrested the county seat designation from Cloud Chief in an election. Judicial haggling clouded the legality of this move. In 1904 the Oklahoma Territorial Supreme Court ruled that a seat could not be moved without federal authorization. In 1906, after a lobbying effort by Cordell attorney and later congressman Sam Massingale, Congress made Cordell the seat. When the Wichita Reservation opened to non-Indian settlement in 1901, the U.S. Department of the Interior took an approximately two-and-one-half-mile-wide strip from the former Indian land and added it to Washita County's eastern border. The 1907 constitution confirmed the county's organization and made Cordell its seat. Several residents in the county's eastern portion unsuccessfully attempted to divide Washita into two counties. They first lost in a 1909 vote to move the county seat to Dill, and in 1910 a proposed new county named Seger failed to win the needed votes.

World War I brought hardships to the numerous Germans and Mennonites of Washita County. Because of their heritage or conscientious objections to war, many were harassed by vigilantes and by the county Council of Defense. By the end of the war the threats had caused the German newspaper, the Oklahoma Vorwärts, to cease operation, Cordell Christian College to close due to its pacifistic teachings, and the town of Korn to be renamed Corn.

For most of the county's history wheat, cotton, and cattle have been the economic base. In 1934 there were 4,506 farms that averaged about 135 acres. In 1961 the number of farms decreased to 2,046, and the acreage per farm increased to 312. Behind wheat and cotton, the crops include sorghum, barley, rye, and peanuts. In 1935 there were 38,498 head of cattle, including dairy cows. In 1961 this increased to 53,000 and in 2002 to 80,000. During World War II Clinton-Sherman Naval Air Station opened at Burns Flat. The base closed after the war but reopened in the 1950s, bringing jobs and increased population. At the end of the twentieth century the base had again formally closed, but the land was used as an airpark industrial center and housed Western Technology Center, a vocational school.

Transportation routes include a variety of federal and state roads. Interstate 40 cuts through the county's northwestern corner. U.S. Highway 183 traverses north-south through the county. State Highways 152, 55, 54A, and 54B run east-west, and State Highways 44, 42, 54, and 115 provide north-south transportation. Historic U.S. Highway 66 provided business opportunities for Foss and Canute before I-40 replaced "the mother road."

The following (as per The Chicago Manual of Style, 17th edition) is the preferred citation for articles:
Larry O'Dell, “Washita County,” The Encyclopedia of Oklahoma History and Culture, https://www.okhistory.org/publications/enc/entry.php?entry=WA035.