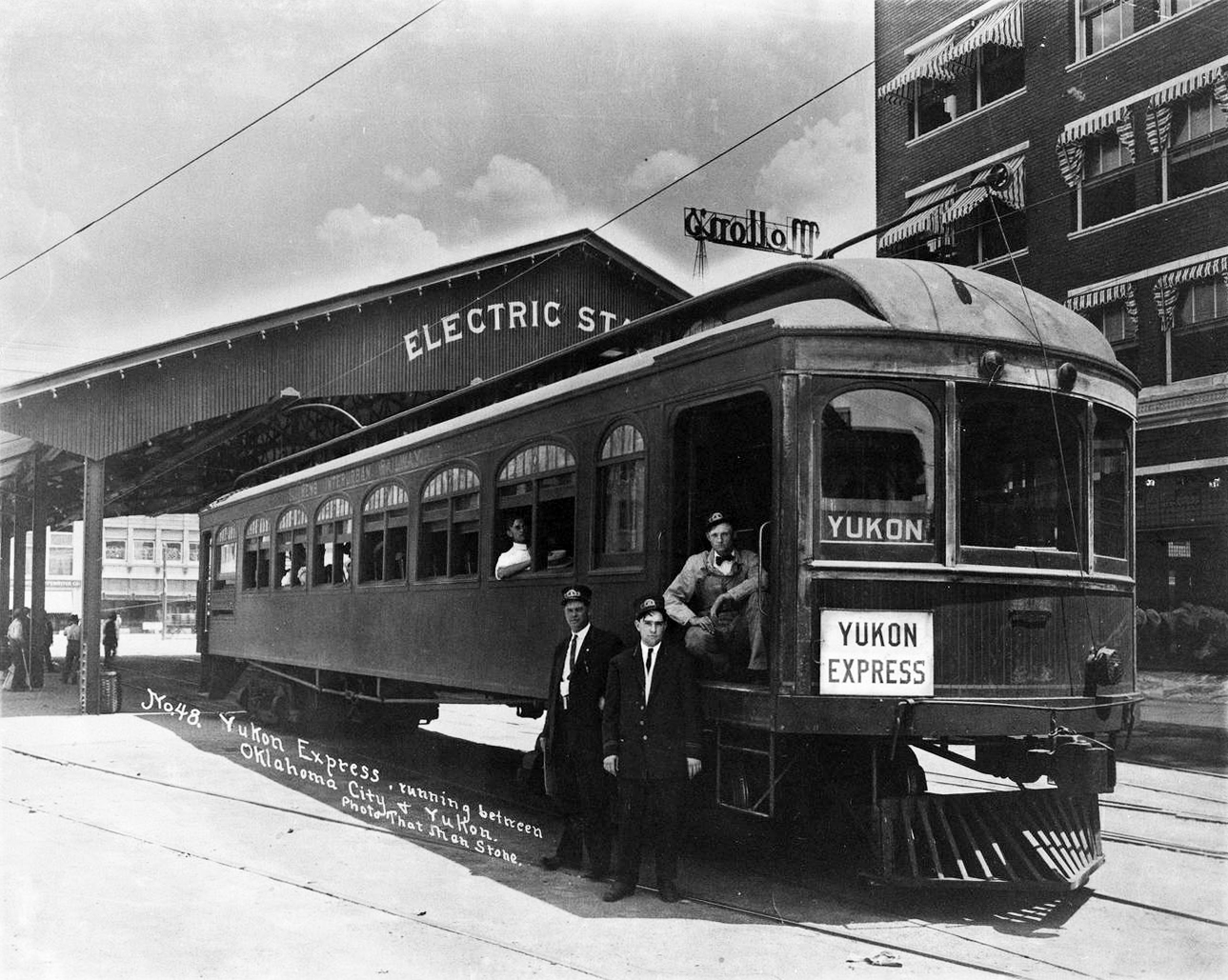 A popular transportation medium in the United States from the 1900s until the 1940s, interurbans made their first appearance in Oklahoma around 1900. They became integral to the state's urban development. Typical promoters of interurbans were local residents such as Anton Classen and John Shartel in Oklahoma City and Charles Page in Sand Springs. The interurbans' small cars were similar to railroad passenger cars but were much cleaner, because they used electrical power from overhead lines. In addition to passenger services interurbans hauled freight and, like today's city buses, provided a moving advertisement for community businesses. The tracks ran along the city's main thoroughfares and connected regional towns. In accord with the state laws, interurbans were segregated. The cars had both front and rear doors; African American passengers would pay their money and then board at the rear of the car.

Beginning in 1903 one of the first Oklahoma interurbans, owned by the Choctaw Railway and Lighting Company, served the coal-mining communities around McAlester. The Oklahoma Railway Company operated a line that centered on Oklahoma City and reached out to Norman, Guthrie, and El Reno. The Norman-to-Oklahoma City interurban continued operation until 1947. Tulsa had three electric railway companies that passengers could ride: the Tulsa Street Railway operated in town; the Sand Springs Railway carried passengers between that town and Tulsa until 1955; and the Tulsa-Sapulpa Union Railway did not stop its electric powered engines until 1960. The Northeast Oklahoma Traction Company served the lead and zinc mining towns north of Miami. The Lawton Railway and Light Company commuted soldiers from Fort Sill to Lawton and Medicine Park. World War II was a boon to the railway companies that served military personnel who were training at bases in Norman, Edmond, Tulsa, and at other facilities around the state. Clinton, Shawnee, Tecumseh, Okmulgee, Bartlesville, Nowata, Chickasha, Ardmore, Enid, and Muskogee all claimed an interurban at some point in the early to mid-nineteenth century.

The demise of the interurbans came with the close of World War II and the end of rationing. Many Oklahomans now had money and could purchase personal vehicles. In addition, improved roads and expanded bus lines offered travelers more transportation options.

The following (as per The Chicago Manual of Style, 17th edition) is the preferred citation for articles:
Mignon Sims and Larry O'Dell, “Interurbans,” The Encyclopedia of Oklahoma History and Culture, https://www.okhistory.org/publications/enc/entry?entry=IN035.