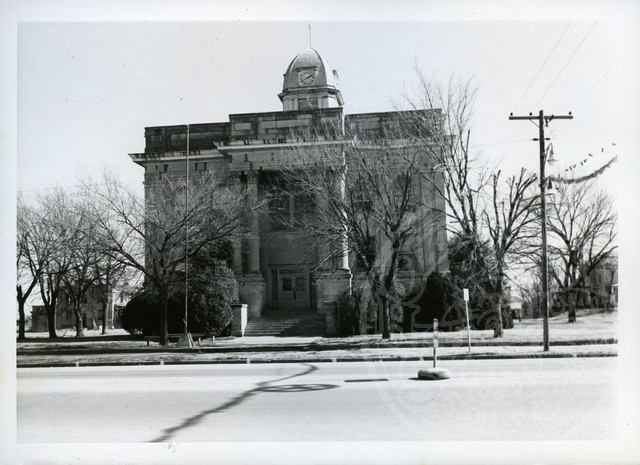 Situated in southeastern Oklahoma, Coal County is bordered by Hughes County on the north, Pittsburg County on the northeast, Atoka County on the southeast, Johnston County on the southwest, and Pontotoc County on the northwest. At the turn of the twenty-first century incorporated towns included Centrahoma, Lehigh, Phillips, Tupelo, and Coalgate, the county seat. The Clear Boggy and Muddy Boggy rivers (creeks) drain the county, which has a total land and water area of 521.3 square miles. Generally, the county has forest in the east, where the foothills of the Ouachita Mountains begin, and open prairie in the west and lies generally in the Sandstone Hills physiographic region. Coal County lies within a region that has been little studied by archaeologists. However, a 1983 published archaeological survey report indicates that the county has sixty-three known sites, none of which have been tested.

The Choctaw began arriving in the area in the 1830s. They had been removed by treaty from the American South and began to settle in their new homeland beginning in 1831–32. Present Coal County was carved mostly from Shappaway County (later Atoka County) of the Pushmataha District, Choctaw Nation, Indian Territory (I.T.). The western three-and-one-half mile strip of Coal County was taken from the Pontotoc District of the Chickasaw Nation.

Organized at 1907 statehood, Coal County, claimed 15,585 residents. In that year Boone Williams of Lehigh, a Democratic representative to the first state legislature, persuaded the representatives to select Lehigh as the county seat. However, many individuals objected, and a special election was held in 1908. Citizens selected Coalgate over Lehigh and Centrahoma. Because more people voted than were registered, Lehigh sued, but the courts refused to hear the case. Coalgate celebrated its victory with a visit from Socialist Party leader Eugene V. Debs and a barbecue on July 4, 1908. Peter Hanraty, Oklahoma's chief mine inspector, was Coalgate's first mayor. The county courthouse was built in 1909.

Coal mining and agriculture have been the major sources of employment. In the 1870s mining began around McAlester, and mines were soon opened in present Coal County. Large numbers of Eastern European immigrants who worked in the mines obtained permits costing five dollars annually from the Choctaw Nation in order to live and work in the area. The first coal mine was opened on Choctaw leader Allen Wright's land at Midway, located between Atoka and Coalgate. His sons Eliphalet Nott and James Brooks Wright founded the town of Olney. Eliphalet Wright was Oklahoma historian Muriel Wright's father. Other coal mines opened at Lehigh and Coalgate in the 1880s. Railroads were built to serve the mines and were responsible for the location of Clarita and Centrahoma.

Mining reached its peak between 1910 and 1916 with thousands working daily in the mines. The Coalgate, Lehigh, Phillips, and Cottonwood economies boomed. Italian, French, Mexican, Slovakian, and Magyar immigrant workers lived in company houses and used the company's stores, doctors, and hospital. Although strip-mining companies moved into the area after World War I, mining continued to decline. The mines closed in 1921, and years of crop failures followed. The county's population, which peaked in 1920 at 18,406, declined to 11,521 in 1930 and reached its lowest points in 1960 with 5,546 and 1970 with 5,525. The mines that were reopened during World War II were closed by 1958. The population hovered around six thousand for the next three decades.

In addition to coal mining, agriculture provided income to county residents, although farming was not a major economic activity. In 1910 the county numbered only 1,166 farms. During the 1940s more income was derived from livestock raising than from crop production. The major crops included cotton, peanuts, pecans, corn, wheat, and fruit. The number of farms declined from 1,769 in 1935 to 586 at the turn of the twenty-first century. However, the number of acres of farmland increased from 249,220 acres in 1935 to 272,894 acres at the turn of the twenty-first century. In 1978 Amish families from Ohio, Iowa, Missouri, Montana, and Canada moved into the Clarita-Bromide area. They established dairy farms, buggy shops, and farms without electricity. The newcomers continued to speak the German language at home.

At the turn of the twenty-first century Coal County had 6,031 citizens who gained their livelihood through wholesale and retail services, health care services, farming, and livestock production. The county is served by U.S. Highway 75 north and south and by State Highways 3, 31, 43, and 48. The 2010 census reported a county population of 5,925, of whom 74.3 percent were white, 16.7 percent American Indian, 0.5 percent African American, and 0.2 percent Asian. Hispanic ethnicity was identified as 2.6 percent. From 1957 until its closure at the turn of the twenty-first century, the Blue Bell Clothing factory at Coalgate employed more than three hundred. The Coalgate Record-Register, established in 1911, continued to serve the citizens.

The following (as per The Chicago Manual of Style, 17th edition) is the preferred citation for articles:
James C. Milligan, “Coal County,” The Encyclopedia of Oklahoma History and Culture, https://www.okhistory.org/publications/enc/entry.php?entry=CO002.