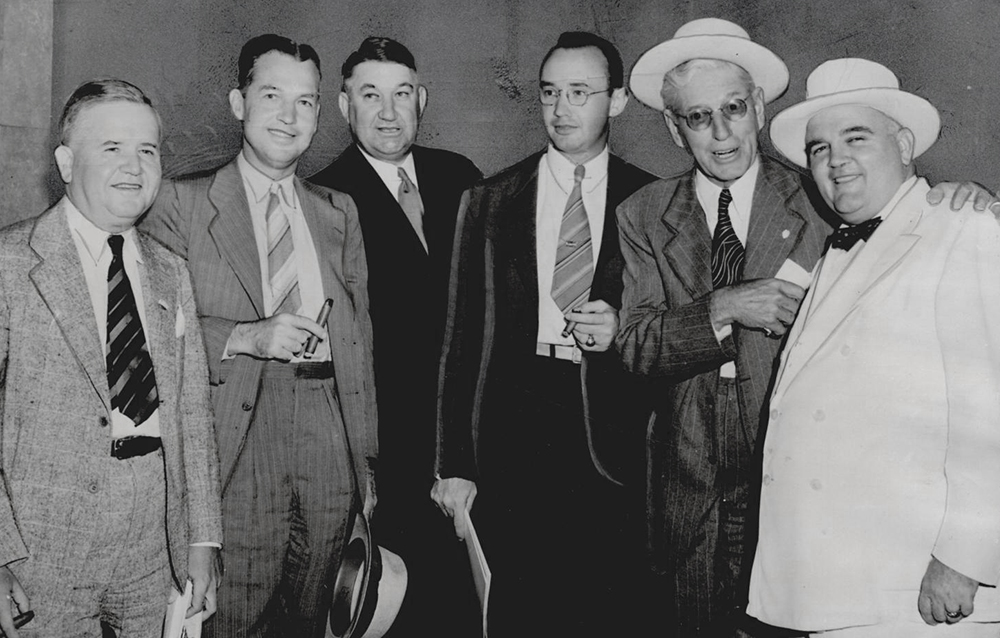 A petroleum geologist and geophysicist, Everette Lee DeGolyer was born near Greensburg, Kansas, on October 9, 1886, to John William and Narcissa Kagy Huddle DeGolyer. In 1901 the family moved to Norman, Oklahoma, where Everette DeGolyer graduated from high school and pursued a degree in mining engineering at the University of Oklahoma. In 1909, before graduating, he accepted a position as head of geological exploration for the El Aguila Oil Company in Mexico. In 1910 he was responsible for locating the Potrero del Llano Number Four for El Aguila oil company, which opened a new major oil field in Mexico. Later that year he returned to Norman, and on June 10, 1910, he married Nell Virginia Goodrich. The following year he completed his degree program. DeGolyer returned to Mexico for El Aguila and located yet another major oil field, but in 1914 he returned to Oklahoma and opened a petroleum geology consulting firm.

In 1916 DeGolyer moved his business operation to New York City. There he was responsible for organizing both the Amerada Petroleum Corporation and the Rycade Oil Company. Serving in various leadership roles in those companies, he developed several geophysical innovations. In 1922 at Spindletop on the Texas Gulf Coast he made the first torsion balance survey of a United States oil field, and in 1924 he located an oil field at Nash, Texas, that proved to be the first discovered by geophysical techniques. DeGolyer also perfected John C. Karcher's reflection seismograph technology, which became the principal tool of worldwide oil exploration after it was used to locate the Edmond Field in Oklahoma.

In 1932 DeGolyer moved to Dallas, Texas, where he became involved in numerous oil prospecting companies and served on the boards of directors of various corporations. During World War II he held several government posts, including director of conservation in the Office of the Coordinator for National Defense (1941–42), assistant deputy of the Petroleum Administration for War (1942–43), and head of the Petroleum Reserves Corporation's mission to the Middle East (1943–44).

Widely hailed as the father of American geophysics, DeGolyer was the recipient of numerous awards and honorary degrees. He served as president of the American Petroleum Institute for over twenty years and in 1950 received that organization's highest honor, the Sidney Powers Gold Medal. In 1948 the University of Oklahoma bestowed its Distinguished Service Award on him, and in 1952 he was inducted into the Oklahoma Hall of Fame.

DeGolyer had an abiding curiosity for learning, and during his lifetime he amassed one of the largest personal libraries in the nation. In his latter years he donated that library to various institutions. The University of Oklahoma received his history of science collection, reputed to be the most complete in the nation. He donated his holdings of rare and first editions of modern English and American writers to the University of Texas at Austin, and the DeGolyer Library at Southern Methodist University acquired his works on oil and gas law as well as historical materials relating to the American West and Mexico.

Everette Lee DeGolyer suffered from aplastic anemia for several years, and on December 14, 1956, he committed suicide in Dallas, Texas.

The following (as per The Chicago Manual of Style, 17th edition) is the preferred citation for articles:
Bobby D. Weaver, “DeGolyer, Everette Lee,” The Encyclopedia of Oklahoma History and Culture, https://www.okhistory.org/publications/enc/entry.php?entry=DE007.