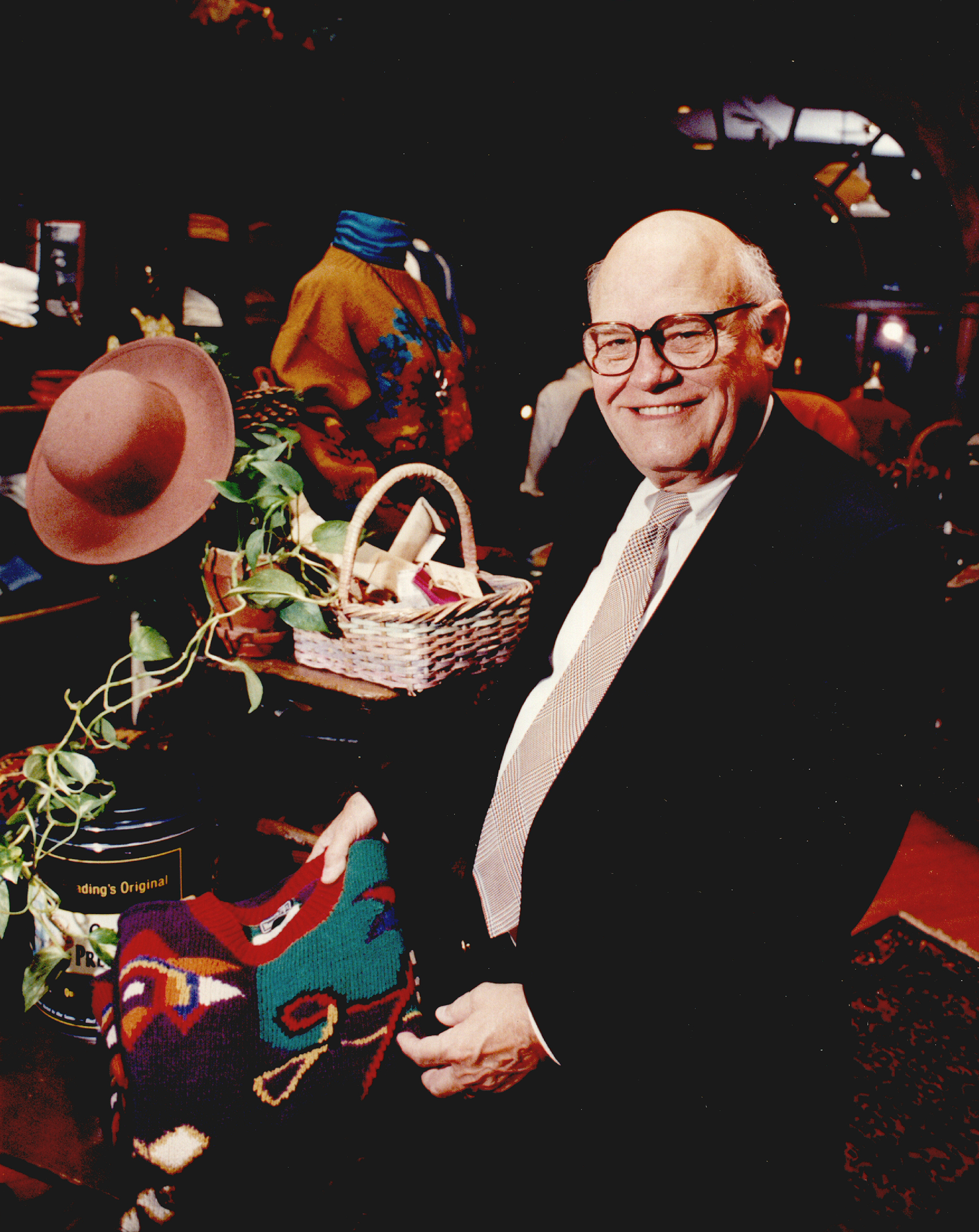 First opened in Norman, Oklahoma, in 1948, Harold's Stores numbered thirty-nine men and women's specialty clothing shops and three outlets in nineteen states by the turn of the twenty-first century. Harold G. Powell, whose parents operated the Sooner Drug near the University of Oklahoma campus, established his first store, at 329 West Boyd Street in Norman, to cater to college students. During the 1970s he expanded with stores at 100 Park Avenue and 50 Penn Place in Oklahoma City and at 5225 South Sheridan Road in Tulsa. In December 1989 Powell opened his twenty-third shop in Memphis, Tennessee. As a publicly traded corporation since 1987, Harold's had stores located in the Midwest, the South, and the West. In March 1994 Harold's reported total sales from the previous year of $61 million, of which $5.4 million was generated through catalog sales. At the turn of the twenty-first century Harold's had two stores in Tulsa, one store in Oklahoma City, and one store and one outlet in Norman. Powell opened a small restaurant called Café Plaid next door to the Norman store in January 1996. Based at the headquarters in Dallas, Texas, Powell's son H. Rainey and daughter Rebecca Powell Casey served in various executive positions in the company. After several disappointing seasons in the early 2000s, Harold's Stores took bankruptcy and closed in late November 2008.

The following (as per The Chicago Manual of Style, 17th edition) is the preferred citation for articles:
Linda D. Wilson, “Harold's Stores,” The Encyclopedia of Oklahoma History and Culture, https://www.okhistory.org/publications/enc/entry.php?entry=HA028.