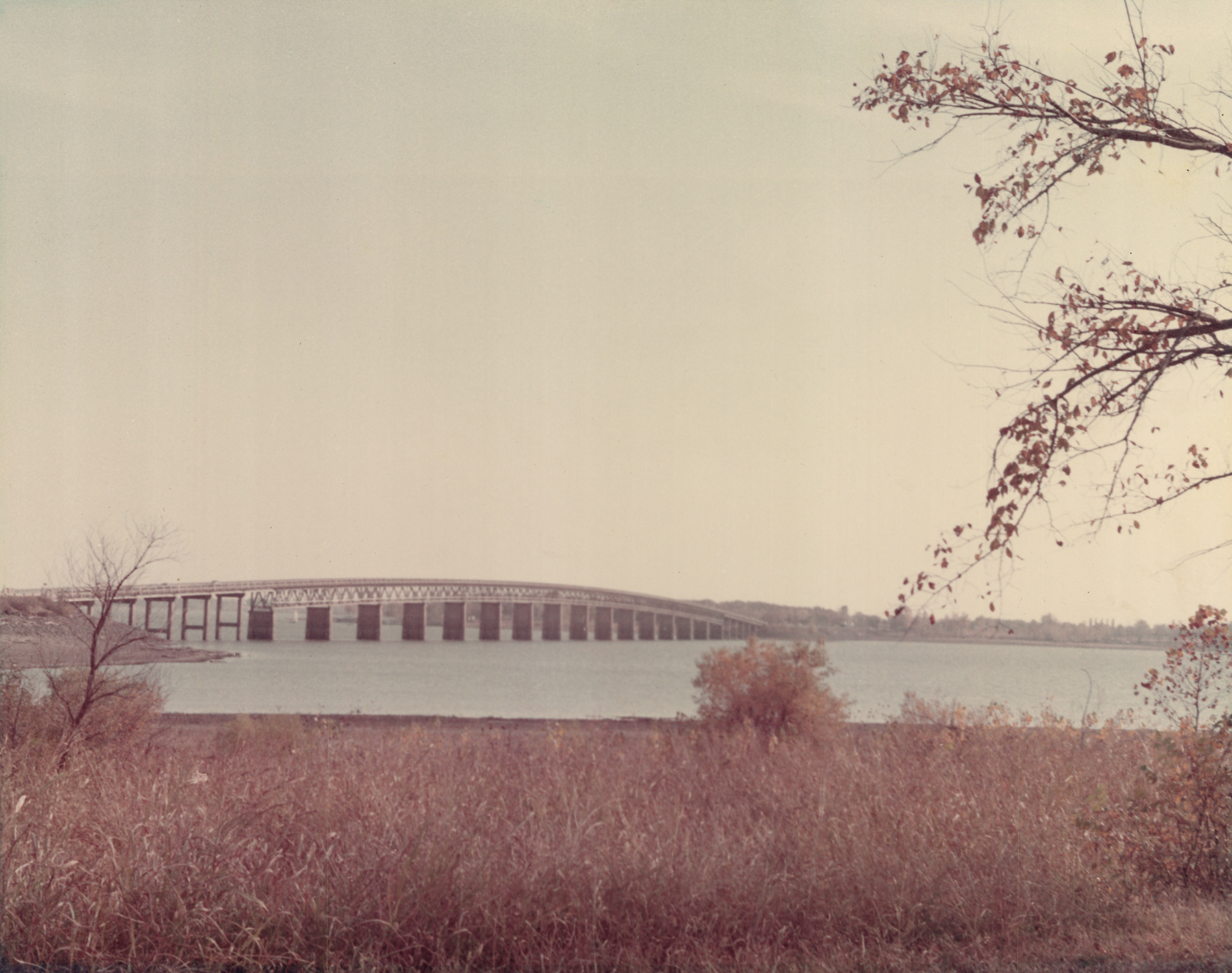 Gracefully arching over the north end of Lake O' the Cherokees (Grand Lake) in Delaware County, the Sailboat Bridge was the state's second-longest bridge over water when built in 1938–39 by the Grand River Dam Authority. Officially called Grove Highway Bridge, the structure carried U.S. 59 from Grove to Fairland. Sailboat Bridge was one of forty-seven federally funded, Depression-era projects involved in the building of Pensacola Dam on the Neosho River to create hydroelectric power.

Holway and Neuffer Engineers of Tulsa designed the 2,548-foot-long, twenty-nine-foot-wide, two-lane structure consisting of twenty-seven spans set on massive concrete piers. Fifteen spans consisted of 120-foot-long, steel deck trusses. An unusual design, the bridge deck curved upward in a parabolic arch about forty feet higher at the center than at the ends. Tall sailboats could pass underneath, perhaps giving rise to the popular name "Sailboat Bridge." In 1939 the design received national recognition from American Institute of Steel Construction.

Over the decades, as traffic increased, the bridge deteriorated. In February 2000 construction began on two new two-lane bridges, one using sixteen of the old bridge's original piers. Built at a cost of $24.5 million and opened in 2001, the new bridge was the state's most expensive ever, and the project was the largest construction contract ever awarded by the Oklahoma Department of Transportation. The new bridge is one of only a few segmental-type bridges ever built west of the Mississippi River. At 3,044 feet in length, the new Sailboat Bridge remains the state's second-longest bridge over water, surpassed only by Roosevelt Bridge over Lake Texoma.

The following (as per The Chicago Manual of Style, 17th edition) is the preferred citation for articles:
Dianna Everett, “Sailboat Bridge,” The Encyclopedia of Oklahoma History and Culture, https://www.okhistory.org/publications/enc/entry.php?entry=SA007.