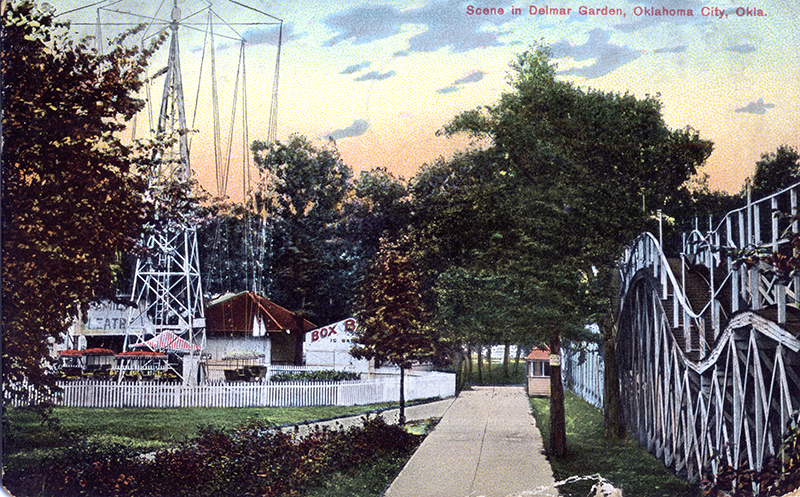 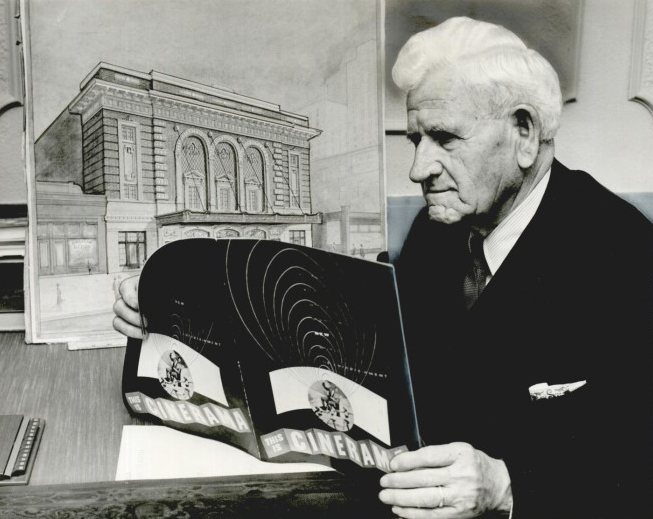 John, Peter, and James Sinopoulo, entertainment entrepreneurs, arrived in Oklahoma City in 1902. The brothers, born at Magoula, near Sparta in Greece, had emigrated from their native land in 1893. After operating various business ventures in New York, Chicago, and St. Louis, they moved on to Oklahoma City. There in 1902 John Sinopoulo and Joseph Marre established Delmar Garden, Oklahoma City's and Oklahoma Territory's premier amusement park. The partners leased 140 acres from Charles F. Colcord and put in a hotel, restaurant, racetrack, and outdoor beer garden. Peter assisted John in the enterprise, and brother James went into the restaurant business elsewhere in the city.

Delmar Garden included two very successful theaters, and when the park closed in 1910, John and Peter Sinopoulo had already begun to move into the theater business. That year the brothers purchased the Lyric Air Dome theater in the city and then acquired five more by the time of World War I. At first primarily venues for legitimate stock theater road companies, the vaudeville circuit, and opera concerts, the facilities later came also to offer the new-fangled "moving pictures."

After World War I the Sinopoulos merged their theaters with those of other owners, forming Midwest Enterprises, Incorporated, in 1920. Until his retirement in 1962 John Sinopoulo held the presidency of the firm. With vaudeville and the legitimate theater circuit in decline, in 1930 Midwest leased its theaters to Warner Pictures. The brothers, meanwhile, had expanded into other business endeavors.

In an effort to improve life in the brothers' homeland, the Sinopoulo Foundation built a park, cemetery, library, school, church, and hospital near their birthplace in Magoula. King Paul of Greece subsequently knighted both Sinopoulos. Peter Sinopoulo and his wife, Ruby, had two daughters, Patricia and Mary Betty Jane. Peter Sinopoulo died April 15, 1955. John Sinopoulo and his wife, Katharine, had no children. He died at age 101 in Oklahoma City on April 25, 1977.

John and Peter Sinopoulo were inducted posthumously into the Oklahoma Hall of Fame in 1995. In Oklahoma City, John Sinopoulo's house and grounds, "Sundial House," which he built in Mediterranean style as a facsimile of a Greek estate, was listed in the National Register of Historic Places in 1978 (NR 78002251).

The following (as per The Chicago Manual of Style, 17th edition) is the preferred citation for articles:
Dianna Everett, “Sinopoulo Brothers,” The Encyclopedia of Oklahoma History and Culture, https://www.okhistory.org/publications/enc/entry.php?entry=SI009.