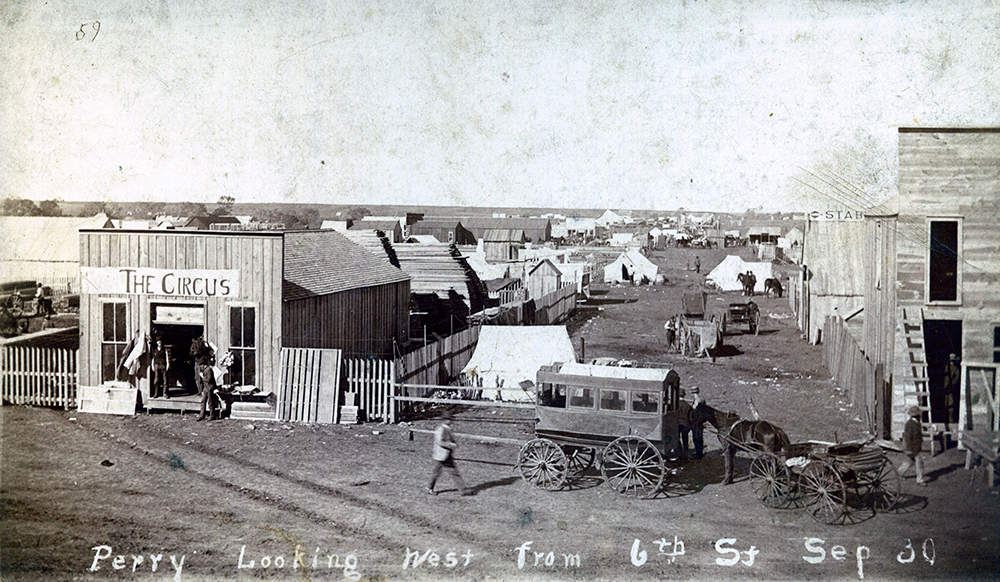 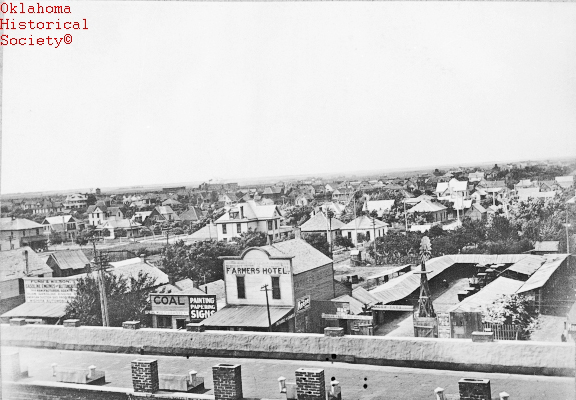 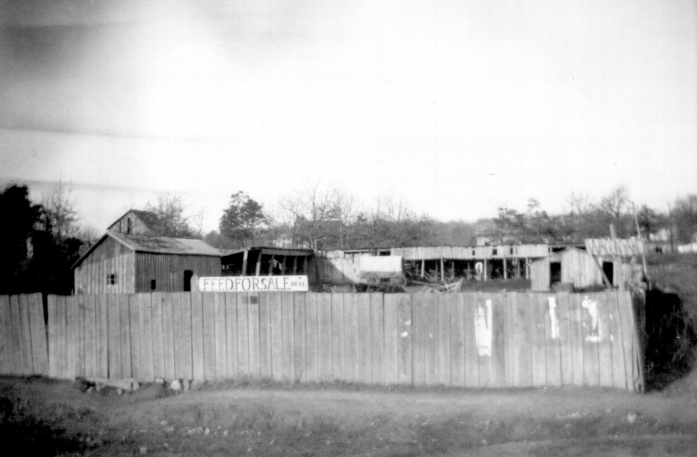 During the pre-automobile era wagonyards served as safe overnight storage facilities for wagons and teams. In Oklahoma they also played an important role in the social matrix of the rural lifestyle. Farmers typically made spring and fall trips from their isolated homesteads to regional trade centers to purchase supplies for the coming season. If the distance was as much as fifteen to twenty miles, the journey took all day and made it necessary to stay overnight in a local wagonyard. Those trips and the stay in the wagonyard became the highlight of farm families' year. There adults met and visited with old friends, children got treats at the store, and everyone enjoyed the sights and delights of town. A commonly asked question between rural neighbors during the year in those days was, "What wagonyard will you use when you go to town?"

The yards varied considerably in size and amenities, but they had several things in common. They were located near the business section of town, they had camp houses where the travelers could cook meals and sleep, they had stalls for draft animals, and they had a supply of water and firewood. The charge for the facility's use toward the end of the nineteenth century ranged from five cents for a few hours during the day to fifteen cents for an overnight stay that included the use of the camp house. By around 1912 or 1915 the rate had climbed to twenty-five and fifty cents, respectively.

Wagonyards in the larger towns ranged in size from fifty to seventy-five feet of front footage on the street and seventy-five to one hundred feet of depth. Where space permitted, they might even be one hundred or more feet long on the side. The stalls, usually arranged on two or three sides of the yard, were covered affairs six feet wide and ten feet long with a feed trough in each unit. Many yards sported as many as two camp houses offering a large room with a cook stove, a table and some chairs, and several small rooms with bunk beds.

Although wagonyards normally operated as individual enterprises, some merchants built yards to attract customers. All these operations were separate businesses from the livery stables that rented animals and vehicles to travelers. As a rule, travelers who arrived on trains stayed at hotels and rented transportation at the livery, and cross-country travelers utilized the wagonyard as a place to stay and house their wagons and teams. There was also a tendency for itinerant horse and mule traders to use the wagonyards as temporary places of business.

Every town in the state strived to become a trade center and made sure that they had at least one wagonyard to serve the public. The larger cities provided several yards. Oklahoma City boasted fifty-three between 1893 and 1925 and in the same period Ardmore had thirty-nine and Chickasha twenty-five. Many other towns had as many as ten or twelve, and a host of communities had one or more. By the early 1920s the advent of the "good roads movement" and the popularity of the automobile began to take a toll on the number of wagonyards across the state. In 1925 Oklahoma City closed its last wagonyard, and by 1932 there were no wagonyards listed as being in use in the state.

Arrell M. Gibson, ed., "From the Brazos to the North Fork: The Autobiography of Otto Keltzow," The Chronicles of Oklahoma 40 (Summer 1962).

The following (as per The Chicago Manual of Style, 17th edition) is the preferred citation for articles:
Bobby D. Weaver, “Wagonyards,” The Encyclopedia of Oklahoma History and Culture, https://www.okhistory.org/publications/enc/entry.php?entry=WA053.