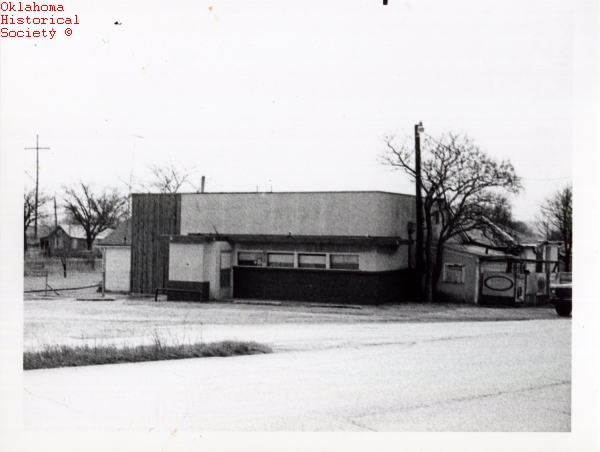 Gus Mnich was born on January 1, 1890, in the town of Blazowa, Poland, in the foothills of the Carpathian Mountains. He worked as an apprentice cobbler and lived with his sister and her husband. In 1904, at the age of fourteen, Mnich immigrated to the United States. After traveling in steerage with a "mass of humanity," he arrived at Ellis Island. There he claimed to be sixteen, dodging the age limitation that barred minors from entering the country. Throughout his whole life, even years after he attained citizenship, he worried that deportation would result from this ruse. He stepped onto the streets of New York City with twenty-seven cents and was unable to speak English. After connecting with fellow countrymen, he worked odd jobs, saving money to journey to his brother's residence in St. Louis.

After marrying Mary Ponzic in St. Louis, Mnich moved to Neodosha, Kansas, and worked as a zinc smelter. In 1916 he relocated to Bartlesville and continued to be a "smelter rat," as they were known by the townspeople. Not welcome in the city proper, Mnich established residence on the west side of town, in a community then known as "Polack Town" because of its large population of Polish immigrants.

In 1918, after developing emphysema, Mnich quit working the smelting furnaces and, with his second wife, Angelina Piotrowski, opened a small grocery store out of their house. Because many of the residents on the west side could not speak English and lacked the transportation to the town, Mnich's store had tremendous success. He expanded his operation and flourished. The store was economically important to the west-side immigrant community, and during the Great Depression of the 1930s he extended credit to most of his customers. Mnich's best-known product was traditional Polish sausage, which he shipped all over the nation. Although he turned the store over to his two sons, Tony and Mike, the elder Mnich worked there until he suffered a stroke and died on April 13, 1978. On March 15, 1982, a tornado destroyed Mnich's grocery store.

The following (as per The Chicago Manual of Style, 17th edition) is the preferred citation for articles:
Joe Todd, “Mnich, Gus,” The Encyclopedia of Oklahoma History and Culture, https://www.okhistory.org/publications/enc/entry.php?entry=MN001.