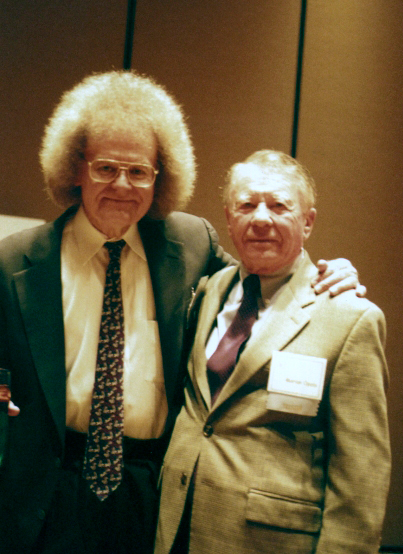 Born on January 20, 1921, in Lodz, Poland, Oklahoma Supreme Court Justice Marian P. Opala had just enrolled in law school when Nazi Germany invaded his homeland in 1939. He joined the Polish underground and later was a prisoner of war. The young man immigrated to the United States at war's end and attended Oklahoma City University (OCU), receiving a law degree in 1953, the year he attained U.S. citizenship. He also earned a bachelor's degree in economics from OCU and a master's degree in law from New York University. After service as assistant attorney for Oklahoma County and private practice, he served on the Oklahoma Supreme Court staff and was the first administrative director of the state court system. He also served on the State Industrial Court and on the Workers' Compensation Court. First appointed to the Supreme Court in November 1978 by Gov. David Boren, he was elected and reelected to that position through the twentieth century. The only foreign-born member of the court, Opala served as chief justice in 1991–92. He taught law at OCU, the University of Oklahoma, and the University of Tulsa. One of his main interests remained First Amendment rights under the U.S. Constitution. He received the Herbert Harley Award from the American Judicature Society in 1977. He was inducted into the Oklahoma Hall of Fame in 2000, and Freedom of Information, Incorporated, of Oklahoma, established the Marian Opala Award in his name in 2002. Marian Opala died on October 11, 2010.

The following (as per The Chicago Manual of Style, 17th edition) is the preferred citation for articles:
Dianna Everett, “Opala, Marian Peter,” The Encyclopedia of Oklahoma History and Culture, https://www.okhistory.org/publications/enc/entry.php?entry=OP001.