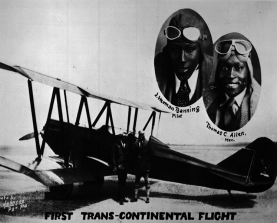 In 1932 aviators J. Herman Banning and Thomas C. Allen became the first African Americans to fly across North America. Their journey began in Los Angeles and ended in New York. The aviators made many stops along the way to raise money for gas and tell people about their trip. Banning had experience as a pilot and did most of the flying. Allen knew how to repair the airplane and kept it running throughout the trip.

Hannah Diggs Atkins, born in North Carolina in 1923, became the first African American woman to be elected to the Oklahoma House of Representatives, where she served from 1968–80. Atkins served with the Oklahoma Corporation Commission, the Oklahoma Department of Human Services, the General Assembly of the 35th Session of the United Nations, and was the Oklahoma Secretary of State. She also taught at multiple Oklahoma universities. Atkins is remembered for her lifetime of service to Oklahoma African Americans, women, children, elderly, and prison inmates. Atkins was inducted into the Oklahoma Women's Hall of Fame in 1982. 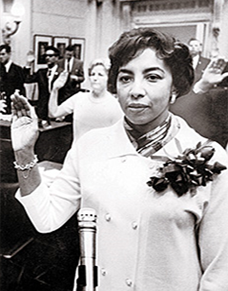 The Buffalo Soldiers played a vital role in Oklahoma and Indian Territory as well as in other regions of the West. Both the 9th and the 10th cavalries and the 24th Infantry served in Indian Territory during the latter nineteenth century. Stationed at Fort Gibson, the 1st Kansas Colored Volunteers Infantry Regiment (later supplemented with the 2nd Kansas) fought at Cabin Creek and at the pivotal engagement of Honey Springs in July 1863.

While stationed in Indian Territory, Buffalo Soldiers had a number of responsibilities: they kept out unwanted intruders from the Indian lands, they watched over the Indians on the reservations, and they maintained general law and order throughout the territory. The infantry built and maintained roads, telegraph lines, and forts. They also assisted the cavalry in military actions. Their duties included removing the "Boomers" from Indian Territory. Among other feats, Buffalo Soldiers in Indian Territory assisted local authorities and federal marshals; escorted civilians, stagecoaches, and freighters; guarded railroad construction workers and mail carriers; chased robbers, horse thieves, and cattle rustlers; attempted pacification of Indians; and provided protection for Indians.

Buffalo Soldiers (image courtesy of the National Park Service, US Department of the Interior).

Roscoe Dunjee owned and edited the Black Dispatch (1915–1954), Oklahoma City's only Black newspaper. His sister, Drusilla Dunjee Houston, worked for her brother writing editorials for his newspaper. They both sought to help African Americans within and outside their writing; Roscoe served as president of the Oklahoma branch of the National Association for the Advancement of Colored People (NAACP) and Drusilla founded the Oklahoma Young Women's Christian Association (YWCA). Both worked tirelessly to end Jim Crow laws in the state of Oklahoma and were influential members of the Civil Rights Movement as well. 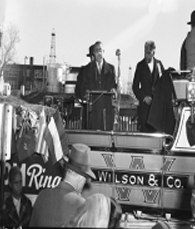 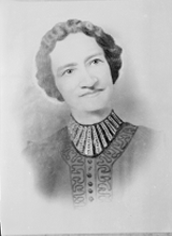 Walter Edwards, one of Oklahoma City's most prominent African American entrepreneurs and a real estate developer, also owned a junk business. He is credited with ending residential segregation in Oklahoma City and influencing the Federal Housing Authority to approve mortgages to African Americans. Edwards and his wife, Francis, are most famous for their philanthropic work, including Edwards Memorial Hospital built in 1948. This hospital served African Americans in the Oklahoma City area and was funded completely by Edwards. It cost an estimated $400,000 at the time. 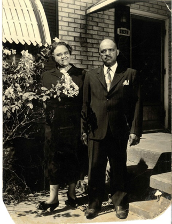 Walter and his wife Francis (image courtesy of the W. J. Edward Memorial). 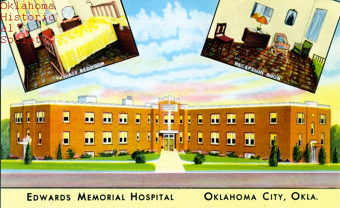 Oklahoma Connection: Ernie Fields grew up in Taft and later lived in Tulsa

The Ernie Fields Orchestra filled night clubs in the 1920s through the 1960s. His band was the first African-American band to play in Tulsa's Cain's Ballroom. The band toured nationally, also playing for the troops during WWII. Ernie received the honor of induction into the Oklahoma Jazz Hall of Fame in 1989.

Listen to the Ernie Fields Orchestra's "In the Mood"

Listen to the Ernie Fields Orchestra's "Workin' Out" 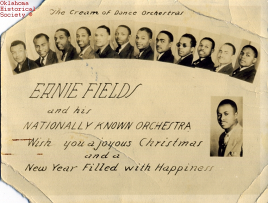 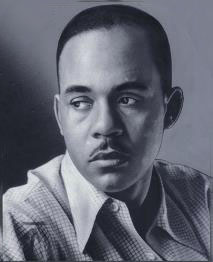 Ralph Waldo Ellison was born in Oklahoma on March 1, 1913. Early on, he studied trumpet and piano and for a time lived with several jazz musicians in Oklahoma City. His book, Invisible Man, won the National Book Award in 1953. He died on April 16, 1994, of pancreatic cancer. His second, unfinished novel, Juneteenth, was published (in condensed form) five years after his death.

I am invisible, understand, simply because people refuse to see me.
When I discover who I am, I'll be free.
Life is to be lived, not controlled, and humanity is won by continuing to play in face of certain defeat
—Excerpt from Invisible Man

Listen to an interview with Ada Lois Sipuel Fisher's son, Bruce, on his mother's legacy

Ada Lois Sipuel Fisher, born on February 8, 1924, in Chickasha, took her battle over segregation and OU's refusal to let her attend its law school to the US Supreme Court in 1948 (Sipuel v. Board of Regents of the University of Oklahoma). Ms. Fisher graduated in 1951 with her law degree. In 1992 Governor David Walters appointed her to the Board of Regents of the University of Oklahoma, the same entity that had once denied her entrance. In 1996 Fisher was inducted in the Oklahoma Women's Hall of Fame. The University of Oklahoma has also dedicated a garden to Fisher to honor the civil rights legend and her battle at the university. 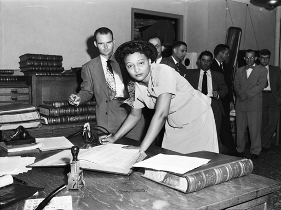 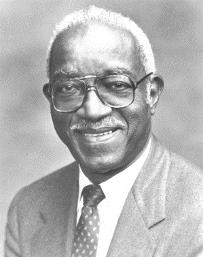 John Hope Franklin, author of the preeminent source on African American history, was born in the All-Black town of Rentiesville, Oklahoma, on January 2, 1915. He was the grandson of a Chickasaw Freedman. Franklin graduated from Booker T. Washington High School in Tulsa and then earned his doctorate in history from Harvard University in 1941. His book, From Slavery to Freedom, was originally published in 1947 and is continually updated. In 1995 he received the Presidential Medal of Freedom for his lifelong fight for civil rights. Franklin's father, Buck Colburt Franklin, was an early civil rights lawyer in Oklahoma and represented many blacks affected by the Tulsa Race Massacre of 1921.

Listen to an interview with John Hope Franklin

Maxine Horner was one of the first African American female senators in Oklahoma, elected in 1986 (she was elected the same year as Vicki Miles-LaGrange).

Read an interview with Maxine Horner 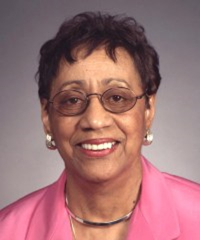 Maxine Horner (image courtesy of the The Oklahoman). 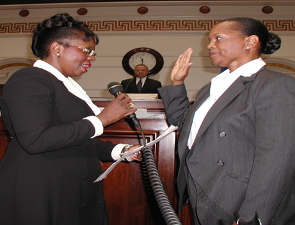 Listen to an interview with Vicki Miles-LaGrange

Clara Luper had a very important role in the Civil Rights Movement. She was the first African American student in the University of Oklahoma history department. She became a sponsor for the Oklahoma City NAACP Youth Council and in 1958 led her students in a protest. The Katz Drug Store "sit-in" gained national attention and led to other successful demonstrations around the country. Luper served in many positions in the public school system and led the fight for public school integration. During her participation in demonstrations, marches, and sit-ins, she was arrested twenty-six times. Clara Luper is known as the "Mother of the Civil Rights Movement." Luper was honored by the state in 2012 with the "Clara Luper Corridor," a monument and section of Oklahoma City at 23rd Street and I-235 to honor her invaluable work in the Civil Rights Movement.

Clara Luper (image courtesy of the The Daily Oklahoman). 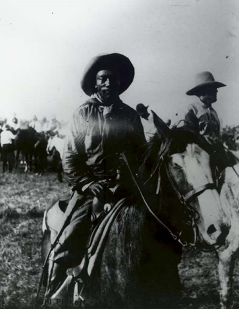 A rodeo pioneer, Bill Pickett was the originator of bulldogging, or steer wrestling. In 1888, Pickett entered his first rodeo and remained a popular rodeo performer into the early 1900s. He joined the Miller Brothers 101 Ranch and Wild West Show in 1905 and was known as the "Dusky Demon." He often identified himself as an Indian instead of African American so he could enter rodeo events. Pickett also appeared in motion pictures and is credited as the first Black cowboy star. He passed away from injuries sustained by a rogue horse in 1932 at the 101 Ranch.

Watch a clip from his film The Bulldogger (1921) 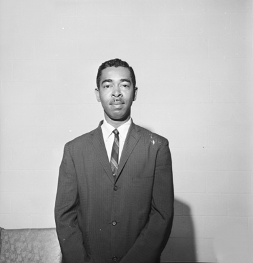 E. Melvin Porter, born in Okmulgee, Oklahoma, in 1930, was a staunch civil rights leader and politician in Oklahoma. He served in the US Army before attending Tennessee State University. In 1959 he graduated from the Vanderbilt School of Law. By 1961, Porter was practicing law in Oklahoma City and had become the city's NAACP president. While president, he often represented Clara Luper and her student protestors and was even arrested with them a few times during civil rights marches. In 1964, E. Melvin Porter became the first African American ever elected to the Oklahoma Senate, a position he held for twenty-two years.

Oklahoma Connection: Bass Reeves was a US deputy marshal in Indian Territory

Many considered Bass Reeves the most feared deputy US marshal in Indian Territory. He was born into slavery in Arkansas in 1838 but escaped to Indian Territory during the Civil War. An expert marksman, he also had legendary strength. Bass Reeves earned a reputation throughout the territory for his ability to catch outlaws that were difficult for others to track. He sometimes pretended to be someone else in order to get information and arrest fugitives. Being a former enslaved person, Reeves was illiterate; that did not stop him from arresting wanted criminals. He claimed to have arrested more than 3,000 fugitives during his career. Reeves served as deputy US marshal in the Indian Territory for thirty-two years. In 1907, he retired as a US marshal and served as a police officer in Muskogee, Oklahoma, until his death in 1910. Many claim Bass Reeves was the real-life inspiration for the hit television character The Lone Ranger. 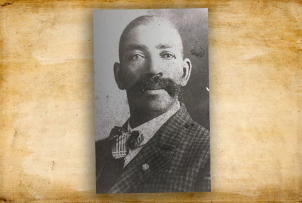 Ruben Rivers fought in WWII and was killed in action while heroically manning a tank against the Germans while the rest of his battalion escaped. He received the Silver Star and Purple Heart for his service but was denied the Medal of Honor because of his race. His family was presented with his Medal of Honor in 1997. In 2005, a memorial was raised at Fort Hood, Texas honoring Rivers and his 761st Tank Battalion. He was inducted in the Oklahoma Military Hall of Fame in 2006. 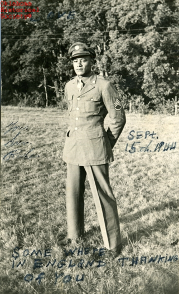 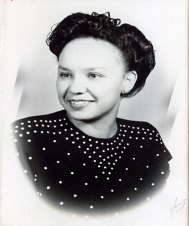 Juanita Kidd Stout is the first African American woman to serve in a State Supreme Court. She was appointed in the state of Pennsylvania. Originally a music teacher, Stout began college at the age of sixteen and eventually left her teaching career to pursue a law degree at the University of Iowa. Stout was inducted to the Oklahoma Women's Hall of Fame in 1983. In 2012, the Philadelphia Criminal Justice Center was renamed the Juanita Kidd Stout Center for Criminal Justice in her honor.

Opaline Wadkins organized the first school in Oklahoma City to train African American nurses and helped desegregate the University of Oklahoma College of Nursing. She was the first African American to receive a master's degree in public health at the University of Oklahoma. Wadkins also established well-baby and diabetic clinics for American Indians in Southwestern Oklahoma which cut the death rate of American Indian infants in half. 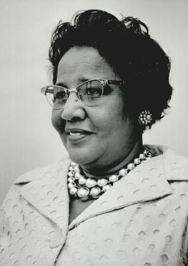 J. C. Watts Jr. was born on November 18, 1957, in Eufaula, Oklahoma. After serving as the quarterback for the University of Oklahoma's Sooners through two conference championships, Watts graduated with a degree in journalism. In 1994, he became the first African American to serve in the United States Congress from the state of Oklahoma. He served from 1995–2003. 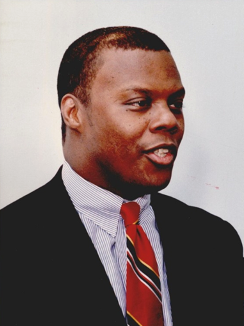