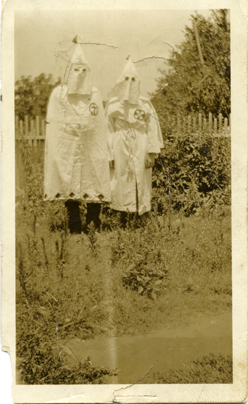 In the past, at times, whites committed violent acts against African Americans. Several lynchings of African Americans occurred in Oklahoma. Lynching is when a group of people murder someone, usually by hanging, without first giving them a trial.

The Ku Klux Klan (KKK) was a racist secret society that had many members in Oklahoma. They wanted a society with no Blacks, Jews, or Catholics. The KKK used terror as a way to prevent African Americans from voting, starting businesses, and attending certain schools. Many KKK members held government positions which helped them to keep segregation legal and enforced. One state leader who was also a member of the KKK, Edwin "Daddy" Debarr, was one of four original instructors when the University of Oklahoma opened its doors in 1892. He even had a building named after him until 1988, when students protested to have his name removed because of his membership in the Klan. The KKK did not just extend to men, though. Many communities in Oklahoma had women's Ku Klux Klans and Kiddie Klans for children to join.

The Tulsa Race Massacre occurred in 1921 in the Greenwood district of Tulsa, Oklahoma. Due to segregation, this district consisted almost entirely of African American homes, churches, and businesses. For years before the riots, tensions between the two races grew.

A lynching a few months earlier led African Americans to fear that one of them might be lynched by a white mob. One day, a young African American man named Dick Rowland was accused of hurting a white woman. The sheriff arrested him and took him to the courthouse. An angry white mob gathered outside. They wanted to capture him and hang him before he had the chance to have a trial. Many of them had weapons.

Several African American men heard about Rowland and the growing white mob. They armed themselves with guns and went to the courthouse to offer help to the sheriff in protecting Rowland. In the crowd, some white men yelled at some of the Black men to hand over their weapons. They refused, a fight began, and a gun went off. This was the start of the Tulsa Race Massacre. 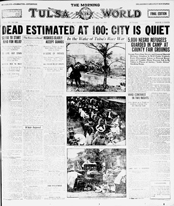 That night there was fighting in the streets. The next morning, a large white mob gathered throughout town. At dawn, they started shooting at African Americans. Many tried to fight back but they were outnumbered. Several African Americans fled their homes, and some were even killed. White people set fires to homes, churches, and businesses. They also looted, which means stealing, from the homes and businesses before they set them on fire.

Many Blacks fled Tulsa during the riot. With all of their neighborhoods and homes burned to the ground, many never returned. Some chose to stay and rebuild. Left homeless, many African Americans slept in tents for a long time. As soon as they were able, they started to rebuild their homes and their community in Greenwood.

Although we can only estimate, the violence resulted in the death of approximately 75–100 people, but possibly as many as 300 people, left about 9,000 people homeless, and destroyed about 40 square blocks in Tulsa. No white Tulsans were ever arrested or tried for their attack on Greenwood.

Listen to an interview with Otis Clark, survivor of the Tulsa Race Massacre 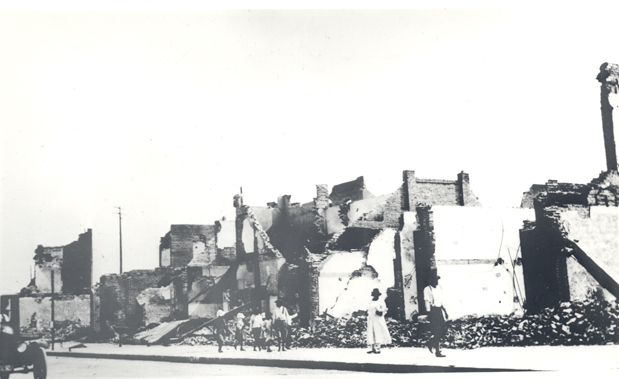 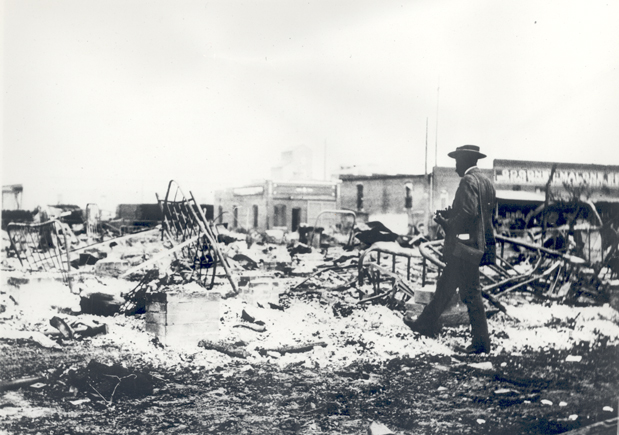 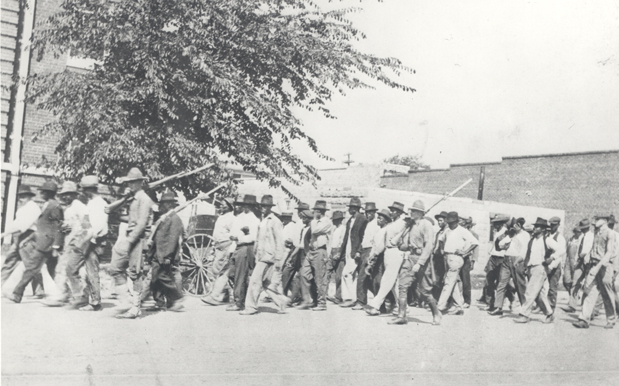 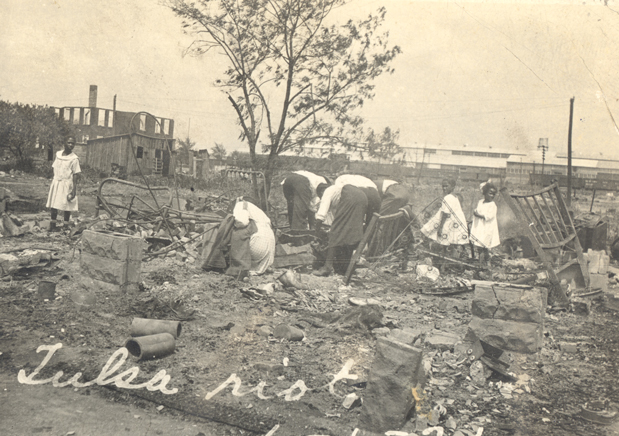 Women and children digging through the rubble after the riot (OHS Collections).