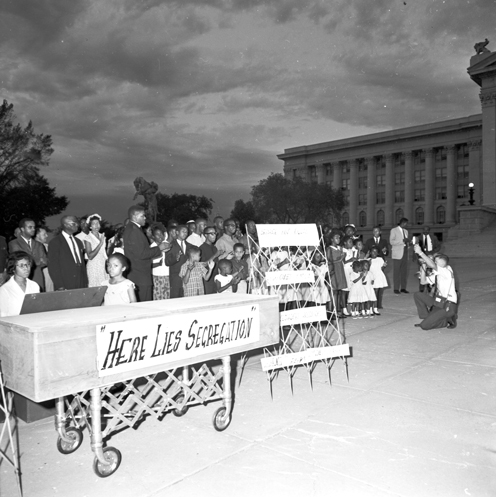 Segregation is when Blacks and whites are kept separate, either by law or by practice, and it existed in Oklahoma. For example, African Americans could not use the same bathroom or drink from the same water fountains as whites. In restaurants, African Americans had to use a back entrance and were not allowed to eat with white people. There were also rules that said they could not live in white neighborhoods.

There were even separate schools for Black children. The schools were supposed to be "separate but equal." However, they were never equal. African American children's schools used old textbooks that the white schools had already used and worn out. Their schools were also not as nice as the white children's schools and had fewer resources, teachers, and locations within communities.

Laws known as Jim Crow Laws are what made segregation legal. When Oklahoma became a state, Oklahoma lawmakers were not allowed to write segregation laws into their constitution because President Theodore Roosevelt would not sign it. Although segregation laws were left out, as soon as President Roosevelt approved the constitution Oklahoma lawmakers passed Senate Bill No. 1. Senate Bill No. 1 made Jim Crow Laws legal across the state. It would take many years to get rid of this law. In 1910, the "grandfather clause" was added to the Oklahoma constitution as well. This clause made it hard, almost impossible, for African Americans to vote. However, in 1915, the US Supreme Court said it was unconstitutional in the case of Guinn v. United States.

To escape from segregation and mistreatment, many African Americans established All-Black towns throughout Oklahoma and Indian Territory. All-Black towns grew in Indian Territory after the Civil War when men and women formerly enslaved by the Five Tribes settled together for mutual protection and economic security. When the Land Run of 1889 opened yet more "free" land to non-Indian settlement, African Americans from the Old South rushed to the newly created Oklahoma Territory. Many of these towns, like Boley, Red Bird, and Langston, became extremely prominent and thriving communities in the state and had private amenities for Blacks including banks, schools, churches, recreation centers, and dance halls. Langston held the first and only African American college in Oklahoma, the Oklahoma Colored Agricultural and Normal University (now Langston University). This university would educate future Oklahoma civil rights leaders including Melvin Tolson, Ada Lois Sipuel Fisher, and E. Melvin Porter, and attracted the attention of famed African American leader Booker T. Washington. Of the more than fifty All-Black towns founded in Oklahoma, thirteen still exist today. Many of these towns diminished during the Great Depression in the 1930s as many Oklahomans, including African Americans, left the state to find work and escape the Dust Bowl. 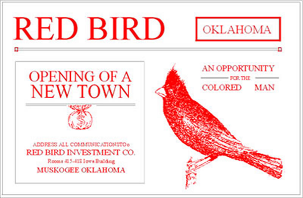 Flyer promoting African Americans from around the country to move to Red Bird, Oklahoma, one of the state's most famous All-Black towns.
(OHS) (4) 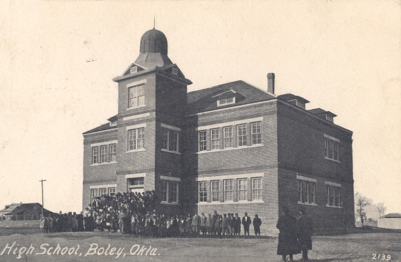 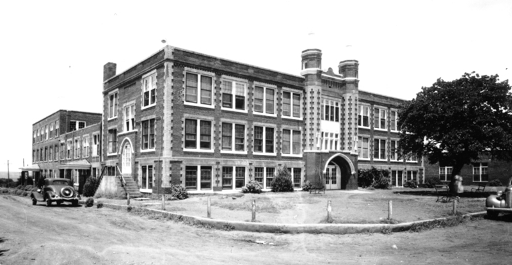