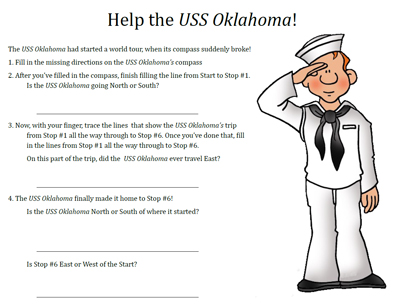 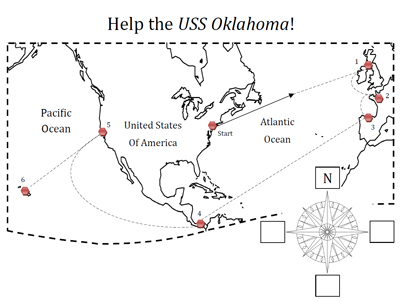 Semaphore is communicating with flags, where the position of each flag represents a letter. Morse Code uses sequences of long (dash) and short (dot) electronic "beeps" to represent letters.

Below are two alphabets. One is the Morse Code alphabet and the other is the Semaphore alphabet. Use these alphabets to craft your own message to the crew of the USS Oklahoma or translate the example message given below.

"AIR RAID! AIR RAID! GENERAL QUARTERS! THIS IS NO DRILL!" 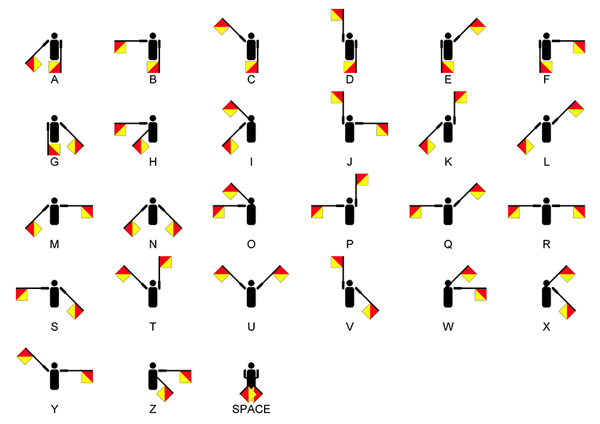 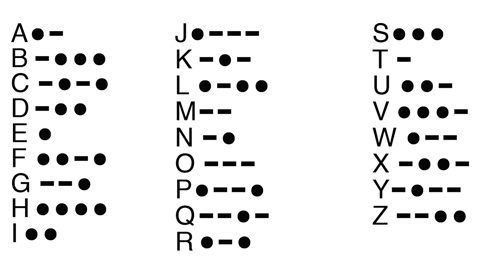 During World War II, there was no internet or cell phones. Being on board a battleship meant you had no access to telephones either. The best way to communicate with your family and friends was through V-mail, or Victory Mail. These small letters folded into postcard size and only cost 3 cents to mail.

When you are done, exchange your letter with a partner.

You are now a censorship officer in the US Navy. While the country is preparing for war, you are concerned about information from sailors' letters being intercepted by enemy spies. Your job is to now censor your partner's letter by blacking out any information related to their:

Think about and answer these questions when you are done: 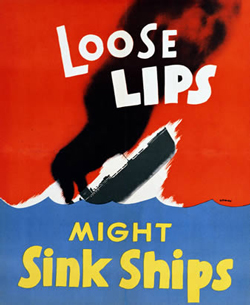 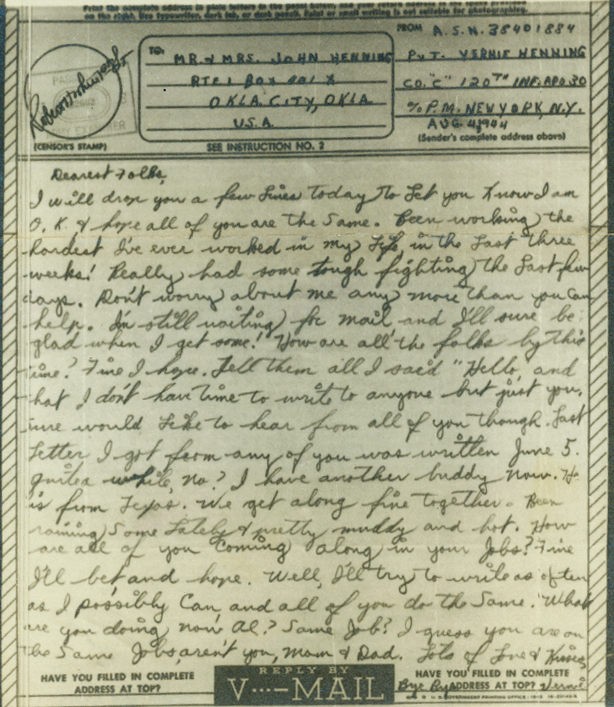 Propaganda is media that uses words, images, and/or music in order to motivate a group of people to think, feel, or act in a specific way. During World War II, the United States became very good at propaganda and used its messages to motivate the whole country to strive towards one goal: victory in World War II. Propaganda tends to use emotional arguments over logical ones ant to depict its audience as powerful and good and its targets as weak and evil.

Write a paragraph analyzing one of these four posters. While you do that, think about these questions to answer:


After finishing your poster, think about a commercial, poster, song, etc., that you have seen. How is it similar to these four examples? How is it different? 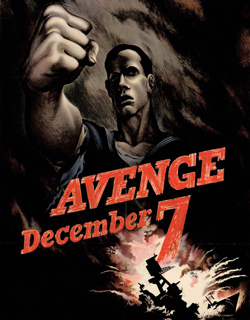 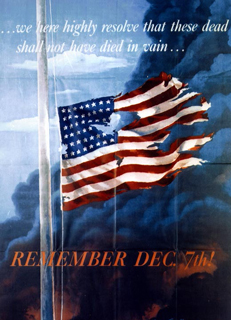 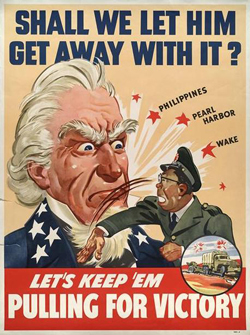 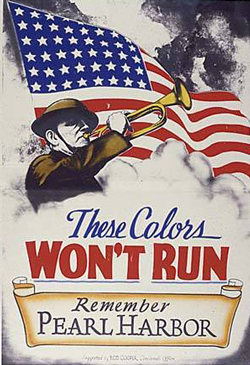