Conservation of all artifacts from the Red River Wreck was managed by the Conservation Research Lab of the Texas A&M University. Relatively few artifacts have been recovered from the wreck. These include some artifacts collected by the landowner after the wreck was first exposed in the early 1990s, the bearing block and an arm from a flywheel collected by the Oklahoma Historical Society in 1999, and a number of artifacts collected during field work in 2001. These are largely nails and spikes, but also include a hook and eye, part of an anvil, and a barrel of salt pork.

Reverse side of bearing block after conservation 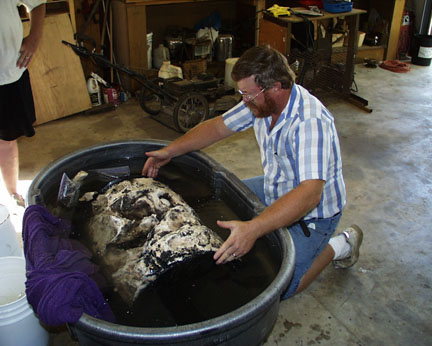