The discussion on the discovery and recovery of the steamboat Heroine previously scheduled for Saturday, December 10 has been canceled.

On May 6, 1838, Heroine was navigating the Red River on its way to Fort Towson to deliver much-needed supplies to soldiers stationed there. The 1830s side paddlewheel steamboat was 20 minutes from its destination when it hit a snag and sank. Everyone on board survived, but the supplies and ship were lost. In 1999 the Oklahoma Historical Society (OHS) and Texas A&M University learned that a wreck was uncovered in the river bank during a period of flood earlier in the 1990s. With the assistance of a grant from the Oklahoma Department of Transportation, the two institutions collaborated in an underwater excavation of the site. The discovery provided evidence of the role of steamboats in Oklahoma and how they transformed the region.

A discussion of the discovery, excavation and analysis will be offered at the OHC.

The event is included with paid admission. Members of the OHS receive free admission. For more information call 405-522-0765. 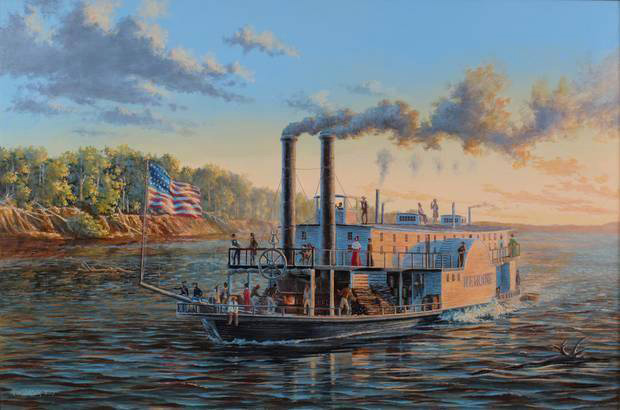