Home |   For Kids |   E-Exhibits |  Banking and the Federal Reserve

African Americans on the Frontier

Both the United States and Oklahoma have been greatly influenced by African Americans. The efforts of African Americans to build businesses and communities define many parts of Oklahoma history. African Americans living in Oklahoma fostered and advanced the demands for full participation in decision making, the expectation of safety, and the equal treatment of different groups.

Exploring the lives and experiences of Blacks, specifically on the frontier, provides an interesting insight into life in early Oklahoma.

This nation’s history is darkened by the mark of slavery. White plantation and business owners are often seen as the primary enslavers in this country and while that is true, slavery reached a number of other cultures as well. Some tribes included individuals that enslaved African Americans. The first African Americans in Oklahoma marched on the Trail of Tears with their American Indian slaveholders from the southeast after the federal government removed the Five Tribes to Indian Territory.

Many of the African Americans introduced to Indian society were also exposed to Euro-American culture. As a result, many knew how to speak English. During the Revolutionary and Civil Wars, individuals who knew both English and the native language of the tribe became valuable interpreters, able to communicate between tribal leaders and the American military. 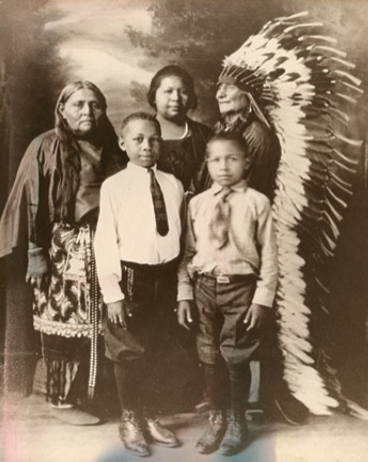 Comanche family, c. 1900 (image courtesy of the IndiVisible exhibit by the National Museum of the American Indian, Smithsonian).11

During the chaotic days of the Civil War, Indian Territory provided a unique hope for many Blacks. The lack of lawful accountability in Indian Territory concerned many pro-slavery people who believed enslaved people would attempt to escape. Indeed, Indian Territory served as a destination for runaway slaves.

After the Civil War, the Thirteenth Amendment to the US Constitution abolished slavery in the year 1865. Once the war ended, the federal government also granted freedom to slaves held by the American Indians. As retaliation for tribal allegiance to the Confederacy, the federal government required the Five Tribes to recognize the Freedmen as tribal members. Later, tribes were instructed to provide land allotments for Freedmen. Some tribes, like the Cherokee, even gave their Freedmen all the rights of a tribal member. 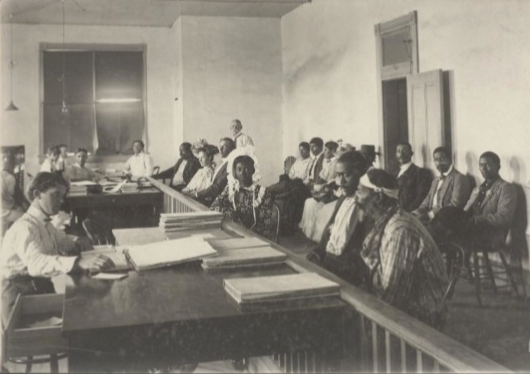 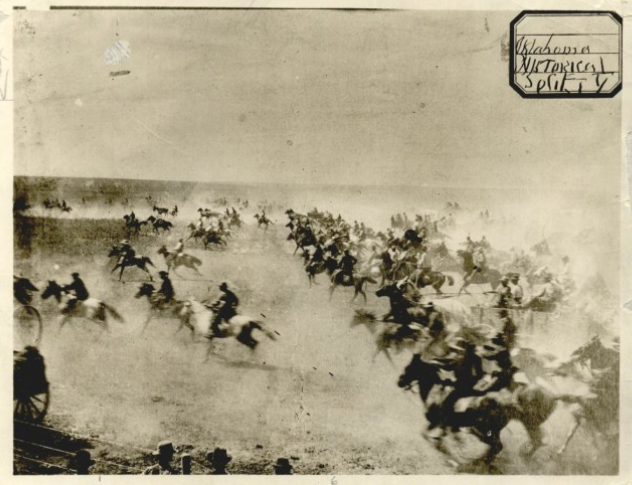 The Black population in the region continued to grow due to the land run in 1889. When the government opened the Unassigned Lands for settlement, many African Americans joined the numbers of those desiring to establish a new life here. The Unassigned Lands became a part of Oklahoma Territory in 1890.

Many African Americans fought in the Civil War. Once the war ended, the Black soldiers that remained in the Great Plains earned a unique nickname, which was given to them by the Plains Indians: Buffalo Soldiers. These soldiers protected Indian Territory as well as Oklahoma Territory from unauthorized invaders and kept the peace. Many soldiers acted as lawmen in the Wild West days of Oklahoma.

Bass Reeves was a legendary African American lawman during Oklahoma’s territorial days. Famous even in his own time, Reeves made himself known as an expert with firearms who was unflinchingly brave. He traveled all over Indian Territory, reportedly arresting more than three-thousand men and women. People like Bass Reeves were extremely important in upholding the law in early Oklahoma and Indian Territories. With the great expanse of new frontier came a lack of law enforcement, police, and accountability. Lawmen stayed busy keeping the territory safe from outlaws and rule breakers. 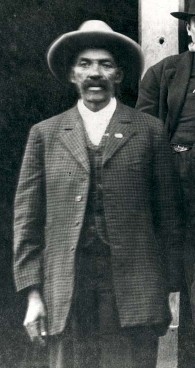 After the Civil War, the Freedmen in Indian Territory looked to each other for support. Freedmen who received land allotments often chose tracks close together, creating strong African American communities.

Additionally, the land run in 1889 created opportunity for many African Americans who wanted to develop a new community in the hopes of escaping racism and prejudice. Soon All-Black towns and communities arose in Indian Territory, and some lasted into statehood. These communities prospered and continued to grow as African Americans from around the country saw the opportunity for life in a prejudice-free environment.

From 1865 to 1920, at least fifty All-Black towns were established in Oklahoma. Some people held the vision of Oklahoma eventually becoming an All-Black state.

However, many of these towns eventually dissipated as Jim Crow laws passed in Oklahoma. These laws made segregation a part of Oklahoma society, causing many African Americans to leave in disappointment and frustration. Later, many fled the state when the Great Depression hit in the 1930s. 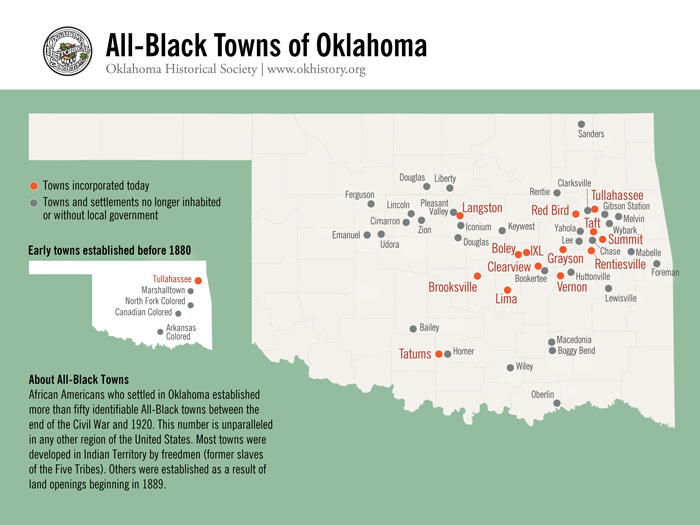