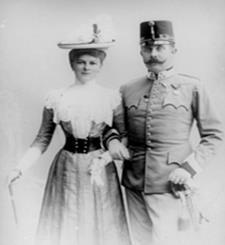 June 1914 – Franz Ferdinand, archduke of Austria-Hungary, and his wife Sophie are assassinated 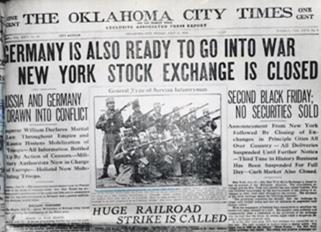 October 1914 – Commission for Relief in Belgium 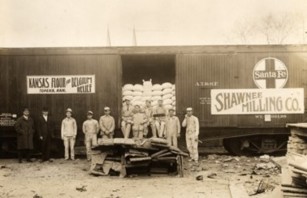 May 1915 – German U-boat torpedoes the civilian ship Lusitania, including 128 US citizens 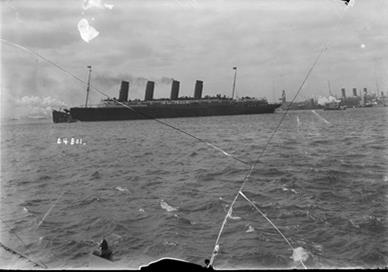 February 1917 – US severs relations with Germany

April 1917 – US declares war on Germany and officially enters WWI

December 1917 – The Eighteenth Amendment is passed and prohibition begins 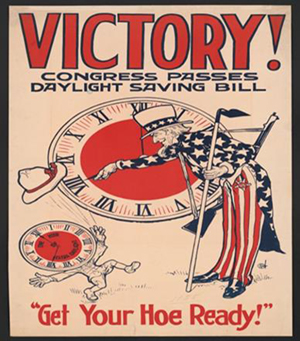 March 1918 – Daylight saving time begins in the US 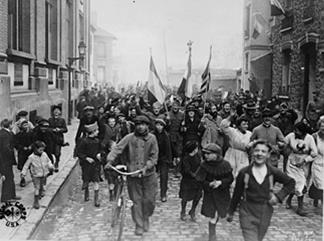 (Image courtesy of the Library of Congress.)8

June 1919 – Germany and Allies sign the Treaty of Versailles

July 1919 – Treaty of Versailles is submitted to the Senate

November 1919 – Treaty of Versailles not ratified by Senate 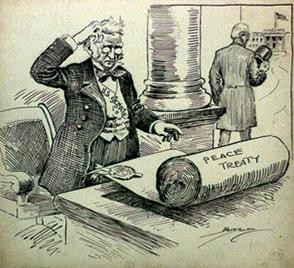 (Image courtesy of the Library of Congress.)9