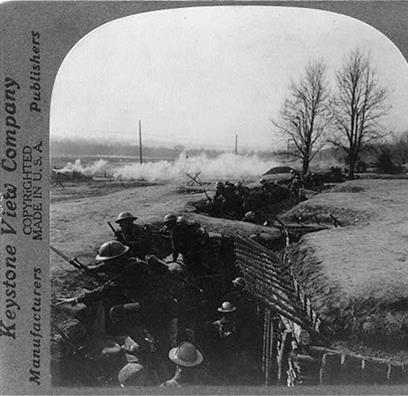 Trench warfare was common during World War I. Trenches had been used in warfare before, but became more complex during this war. The development in trenches came from necessity; artillery had advanced and the soldiers needed protection from the machine guns and artillery their enemies used.

Trenches were at least one mile long in a zig-zag pattern. There were at least two or more trenches in a system. Each trench system had to have a way to organize communications and delivery methods. They were organized so soldiers could deliver orders, food, and ammunitions effectively. The trenches also had places for the soldiers to sleep, kitchens, and first aid areas.

In front of the first trench, or outpost line, there was the additional defense of barbed wire. The other trenches were behind the outpost line, with the longer-range artillery towards the back trenches. Between enemy trenches was called no-man's land. This was a dangerous place, as artillery could reach through no-man's land from all sides and it was difficult to get back to safety.

Improvements on the machine gun, invented in 1884 by Hiram Maxim, made them the weapon of choice during the Great War. Machine guns were not the most accurate weapons, but were effective when firing 450–600 rounds per minute. They could go through the barbed wire in front of the outpost line and were devastating to both sides of the conflict. The machine gun could cause mass destruction and was a major reason trenches were utilized during this war. 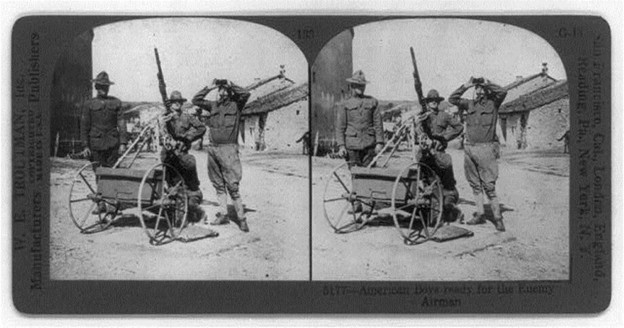 Tanks were developed by the British during World War I. Mark I, the first of the battle-ready tanks, was first used at the First Battle of Somme in September of 1916. Many adjustments were made to tank design throughout the war. Tanks were valuable because they were mobile, even in a trench environment, and they helped capture many enemy troops and weapons during the war. 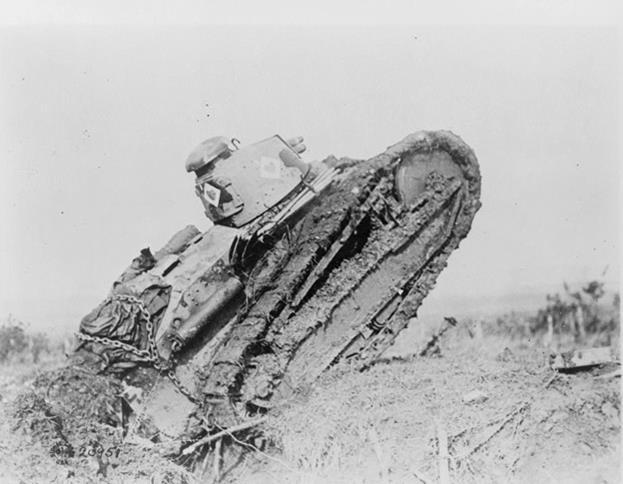 Poison gas was a very effective weapon during World War I. The first chlorine gas attack came from the Germans at the Second Battle of Ypres in 1915. Chlorine gas was extremely harmful; it appeared as a yellow-green fog that was able to sink down into the trenches because it was heavier than air. Chlorine gas attacked the respiratory system: the throat and lungs. The irritating effects of the gas were immediate, and if the concentration was high, sometimes deadly.

Mustard gas was another gas used during World War I, beginning in 1917. This was a more dangerous gas, as it could go through several types of protective materials and attacked the skin as well at the respiratory system. Unlike the chlorine gas, mustard gas did not have immediate results. A person could be exposed and not be aware of it until the blistering of the skin and blindness occurred up to twelve hours later. Mustard gas did not disappear quickly, and could harm people who walked through the places it was used for many weeks. 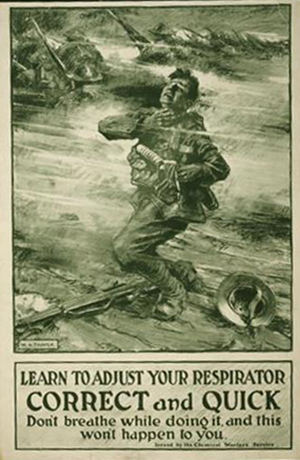