Home |   Learn |  The Economy and the War Effort

The Economy and the War Effort

The US economy was in a recession when the Great War began. Crop prices went down when Germany blockaded several Allied ports, which in turn hurt several Oklahoma farmers. In late 1916, crop prices soared when European markets opened up which not only helped the farmers, but also eased anxieties about the US entering the war.

The US being able to finance the military during wartime was becoming a possibility. Before the US entered the war, not only did crop prices rise, but industry expanded. The US began manufacturing goods for the military and the Allies, expanding the need for workers anddecreasing the unemployment rate. People were encouraged to support the war effort by rationing food, working to produce the goods the soldiers needed in a factory, or by monetary support. Once the US entered the war, the was encouraged public to share their support of military by buying war bonds. 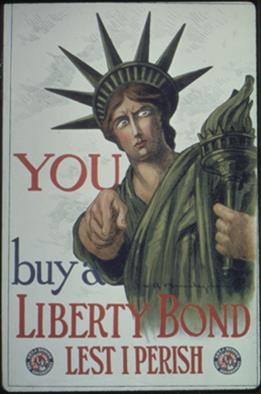 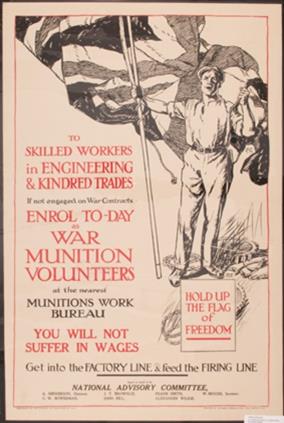