The Oklahoma Capitol has served as part office building, part public space, and part museum for nearly one hundred years. Over that time, the Oklahoma weather chipped away at it making it weaken and crumble. Just because the Capitol is old does not mean it will go into retirement. Instead, Governor Mary Fallin suggested the Capitol renovation project to the legislature in 2014 to create a modern building in a 1917 shell. 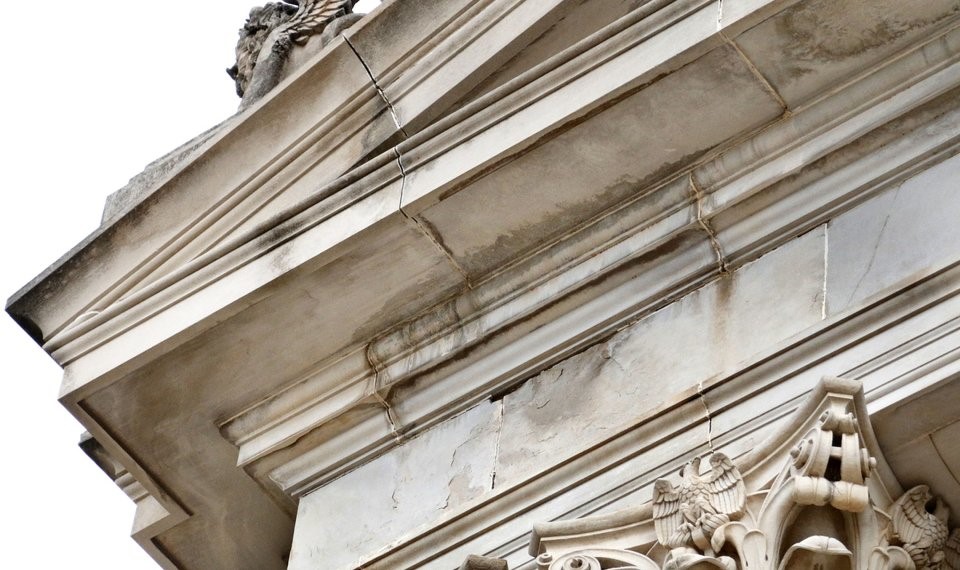 Most of the limestone facade at the State Capitol building in Oklahoma City was cracking and water-stained and is needing repair. Photo by Paul Hellstern, 2015 (image courtesy the Oklahoman).

Who renovated it?
With the passing of the renovation bill, the next step was to hire contractors to restore the Capitol. Manhattan Construction and FSB were selected to develop and update the interior while JE Dunn Construction, ADG, and TreanorHL developed and updated the exterior. There was also a State Capitol Repair Expenditure Oversight Committee and the Capitol Restoration Project Leadership Team.

What needed to be renovated?
Almost everything in the Capitol building needed to be renovated. Chunks of the outside were crumbling and falling off, the windows needed restoration, and a new roof needed to be installed. The interior received a complete renovation including updates to its plumbing, electrical, HVAC systems. The plaster was redone and all of it needed repainted, the life safety modernized, and the underground tunnel connecting the Capitol to parking lots desperately needed to be waterproofed. The building is now ADA compliant.

How did they do it?
The renovation of the State Capitol took five years to complete, multiple contractors and workers, and millions of dollars in financial contributions from the Oklahoma people. First, the Capitol Restoration Project Leadership Team talked about how they were going to start so they built a Building Information Model (BIM) 3D model to track what needed to be fixed. After that, the project was broken into phases for better organization.

The preliminary phase was core elements which encompassed public areas, utilities and security. The next phase was phase one which aimed at updating the first and third floors, or the legislative staff spaces. The next phase, phase two, improved the basement for agency space and the public. Phase three followed with major program elements including facility access, parking, and more agency space. Next was phase four which was focused on agency and tenant space throughout the building including the Capitol tunnel. Finally, phase five updated the exterior security and the House and Senate chambers. 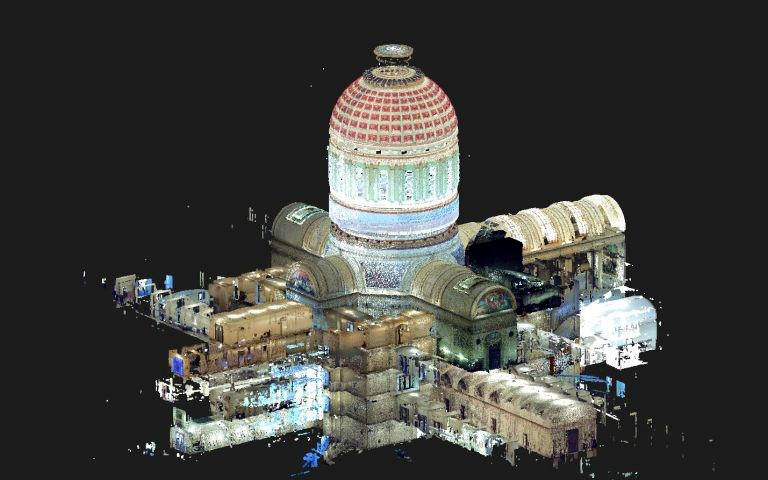 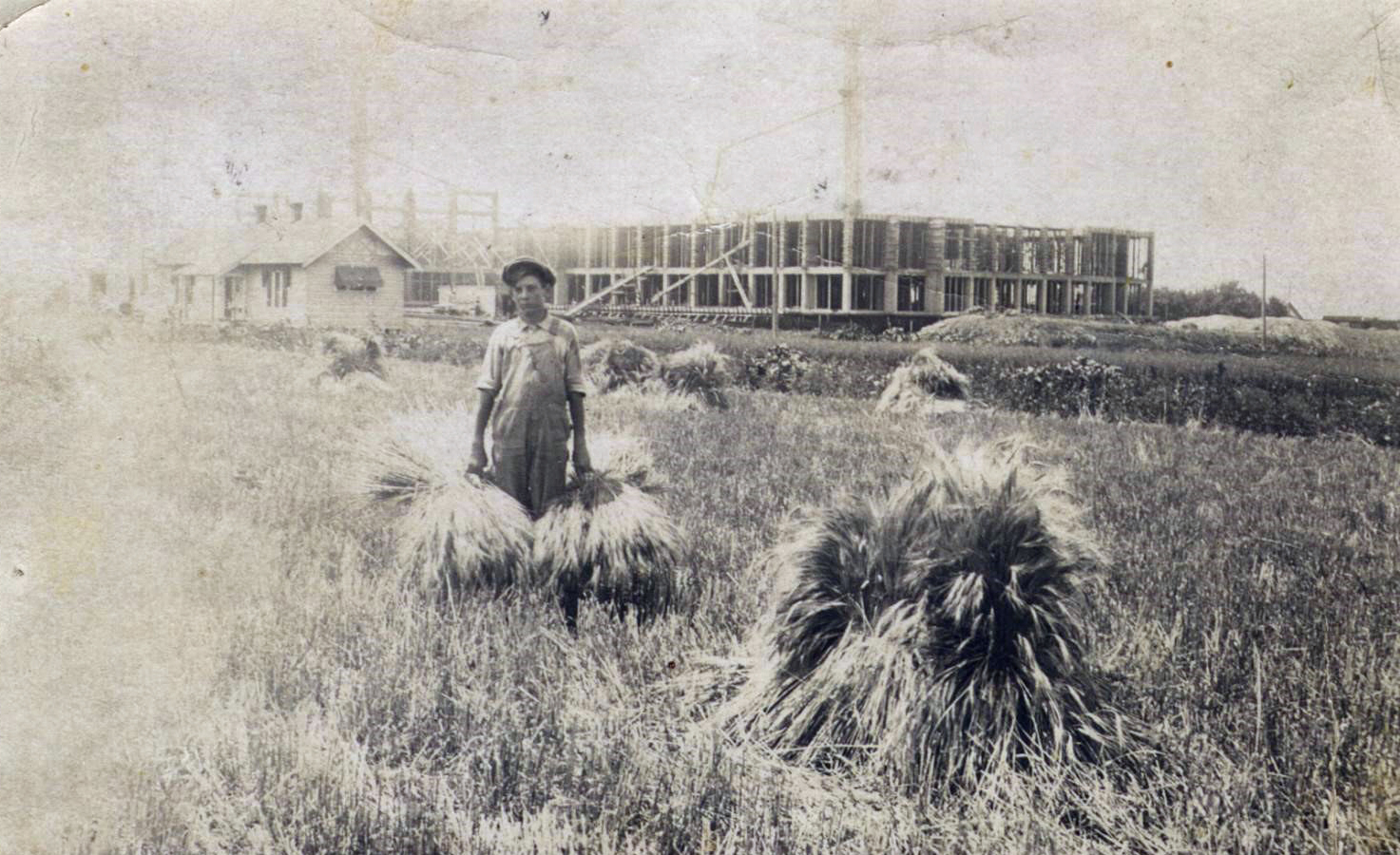 Threshing crew of John Long working in front of the Capitol building under construction in 1916 (13041, W. P. Campbell Collection, OHS).

How does this impact me?
Renovating an old stone building requires special training, technology, and lots of human interaction. Workers need to be certain they do not further damage the building, but must be sure they have sealed and updated everything to ensure the Capitol will stand for another 100 years. Here are some jobs that were needed to renovate the Capitol.

Electricians: Many electricians were used to tear out and replace the Capitol’s electric system. They were needed to help power the Capitol so it could be used as a public space.

Plumbers: Plumbers were also necessary in the Capitol renovation, as they replaced all the pipes in the Capitol to ensure it would have water and sewage services.

Carpenters: Lots of carpenters were used as well. They moved, carved, and sealed stone. They made sure the Capitol was strong and waterproof, from the dome to the underground tunnel. One of these carvers, named Jarek Sienkiewicz used traditional stone carving techniques to work on hundreds of pieces including the Capitol’s stone eagles.

Office Administrators: Administrators were also important because they made sure the workers were paid and housed, and they kept the whole project on schedule.

To find more about these careers visit the Guthrie Job Corps Center website at https://guthrie.jobcorps.gov/. 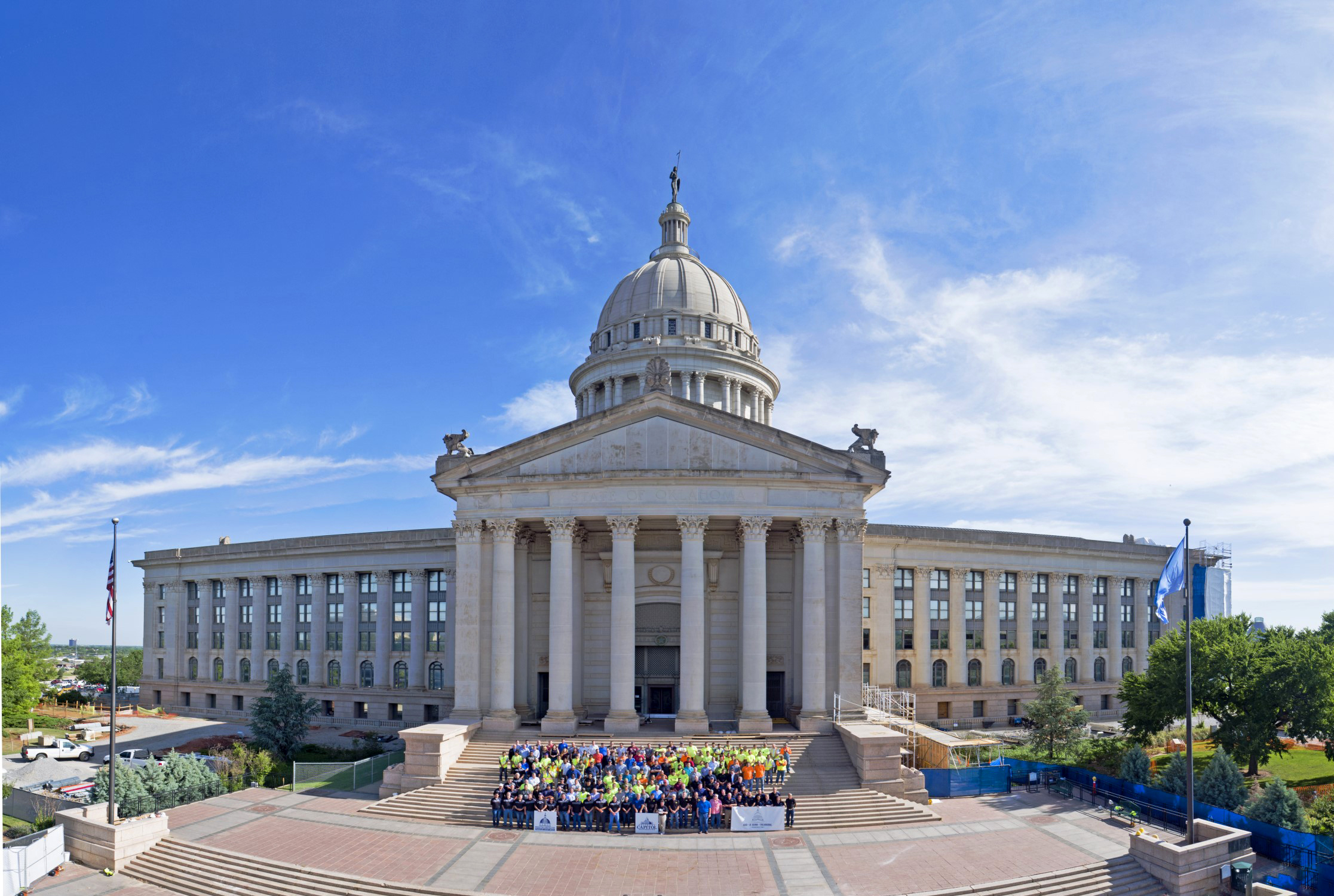