The architectural style of the building is Greek Revival.

The land upon which the Capitol was built was donated by William F. Harn and John J. Culbertson.

The granite used for the Capitol was quarried in Johnston County, Oklahoma.

The first band to play in the Capitol was in 1917. They were named the Cottonwood Band.

The first piece of art displayed at the State Capitol was in 1928.

Oklahoma’s capitol is the only capitol grounds to have had active oil rigs. Oil production on the grounds ended in 1986.

The Capitol was originally planned with a dome.

The Oklahoma State Capitol is one of two state capitols on Route 66.

Both Wiley Post and Clara Luper laid in repose at the Capitol.

In 1952, an earthquake near El Reno damaged the walls and ceilings inside the Capitol. One crack caused by the earthquake measured 15 meters—nearly 50 feet!

The State Capitol was added to the National Register of Historic Places in 1976.

The dome on the Capitol was dedicated in 2002.

During the restoration, 477 windows were restored.

In 1990, the Capitol began using geothermal energy; the first state capitol to do so.

In 2016 and 2019, NBC filmed episodes of American Ninja Warrior at the Oklahoma State Capitol. 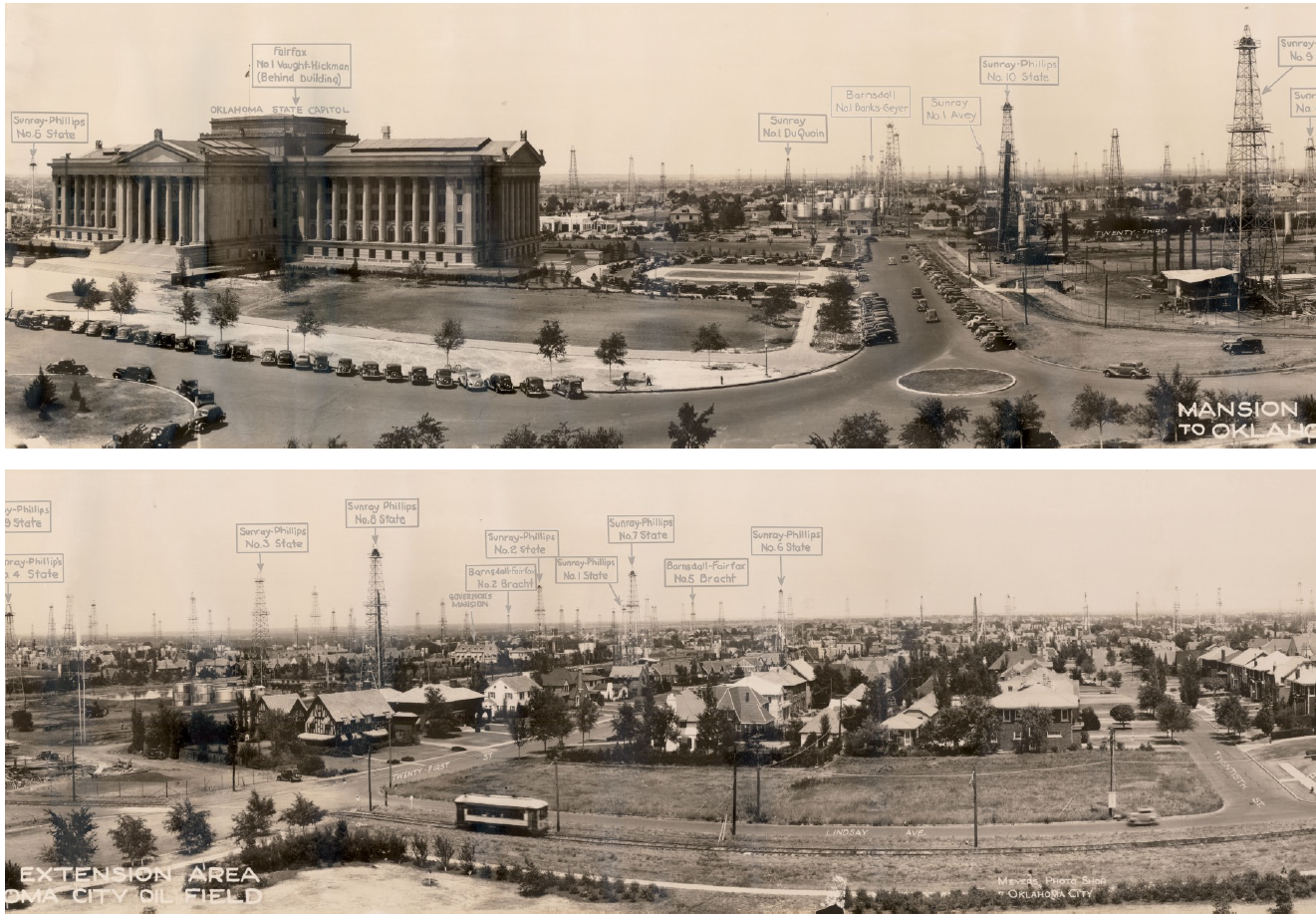