In the 1980s, many people became concerned about Oklahoma’s poor performance in education compared to other states. Since the Better Schools Amendment, the state government had taken a hands-off approach to education policy, leaving it to local school boards to make decisions about their local school district. The 1980s were very hard for Oklahoma economically, and this impacted the decisions those local school boards made. In many districts, students attended classes with too many other students. The teachers were poorly paid and there was little money available to spend on students in the classroom. After protests and appeals from teachers, the state legislature passed House Bill 1017 in 1990, which set up a system of funding designed to permanently improve school funding. They also included rules about the size of classes, scheduled teacher pay raises, and standards for what was taught and minimum qualifications for teachers.

As urbanization increased, people needed to make money in non-agricultural jobs. Therefore, junior colleges became quite popular. They offered college-level courses with subjects such as English, history, and arithmetic. The state board had a way to ensure they were offering quality programs but junior college students faced other obstacles. Often, the schools shut down temporarily or permanently during economically challenging times. This changed with the Oklahoma Junior College Act of 1939 that let the school districts charge for tuition. 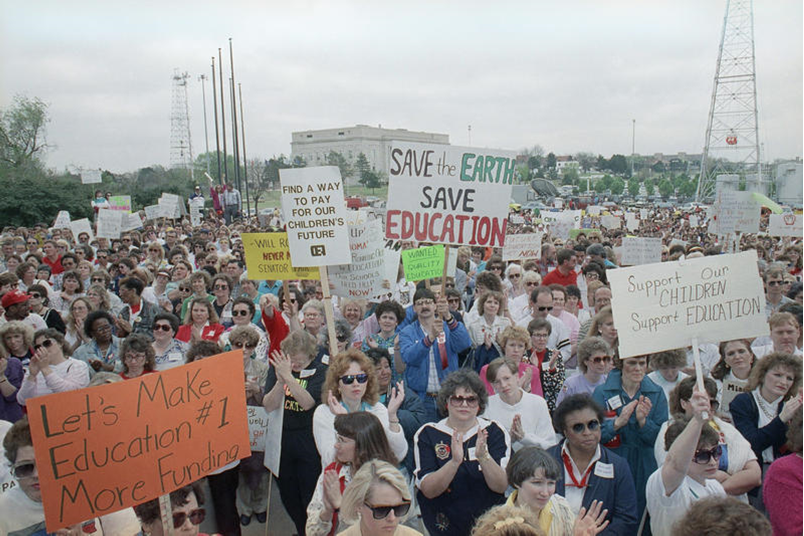 On April 2, 2018, public school teachers walked out of school to protest school funding cuts, low salaries, and inadequate resources for the first time since 1979. The strike lasted ten days, with many teachers and students joining together to persuade lawmakers at the state capitol with handmade signs and chants. Although there is still improvement to be made in terms of ensuring adequate funding and resources in schools, the 2018 walkout led to the first raise for teachers in nearly a decade and brought public school education to national attention. 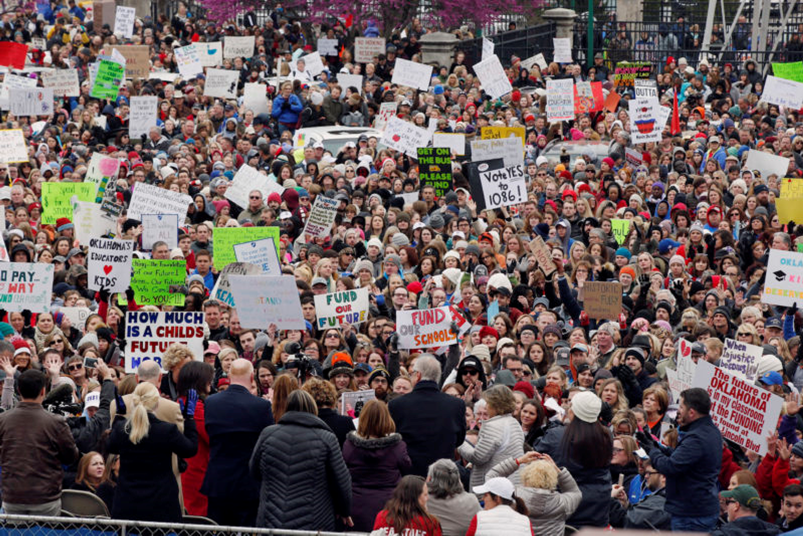