The majority of tribal schools opened because of the high American Indian population. The Five Tribes established many schools themselves. Indian schools became a key part of Indian policy. The Choctaw Nation, which opened twelve tribally funded schools by 1838, became a model for education systems in the Seminole, Muscogee (Creek), and Chickasaw Nations. Between 1841 and 1843, the Cherokee government established and operated eighteen public schools. By 1859 the Chickasaw Nation had opened five boarding schools.

After the Civil War, the United States renegotiated treaties with the Five Tribes. Some treaties required the nations to “pledge themselves to compel their children, male and female, between the ages of six and sixteen, to attend school.” The government then promised to provide a teacher and schoolhouse for every thirty school-age children. Many schools associated with Christian missions opened among the Five Tribes. By 1868, there were five in Choctaw Nation and four in Seminole Nation.

Part of the reason the US government promoted education so strongly is because many people who made Indian policy in the late 1800s believed American Indians should assimilate to the dominant way of life. These policymakers believed that Americans Indians would be happier and safer if they became Christian, started farming, and broke with their tribes. One way government officials tried to convince American Indians to assimilate was through education. Many schools attended by American Indians in the late 1800s included the government’s goals in their education. Students would be forced to give up their tribal dress, they would be forced to pray and attend church services, and they would be punished harshly if they spoke their own language. Since many were boarding schools, the parents were far away and unable to have a say in what kind of education their child received. 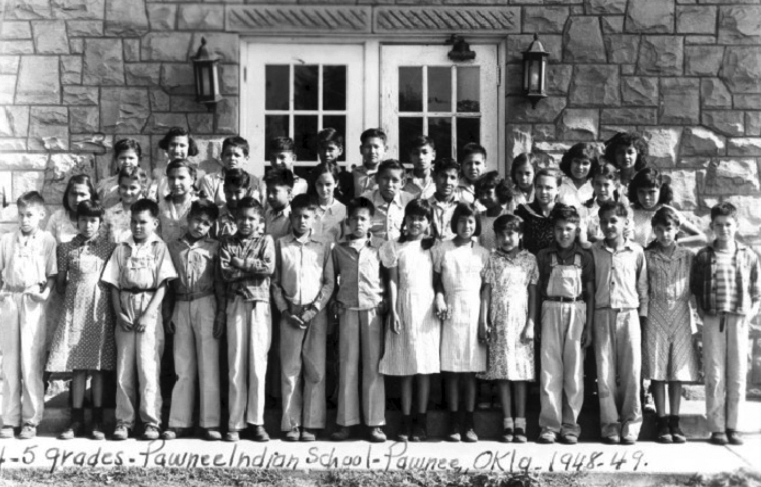