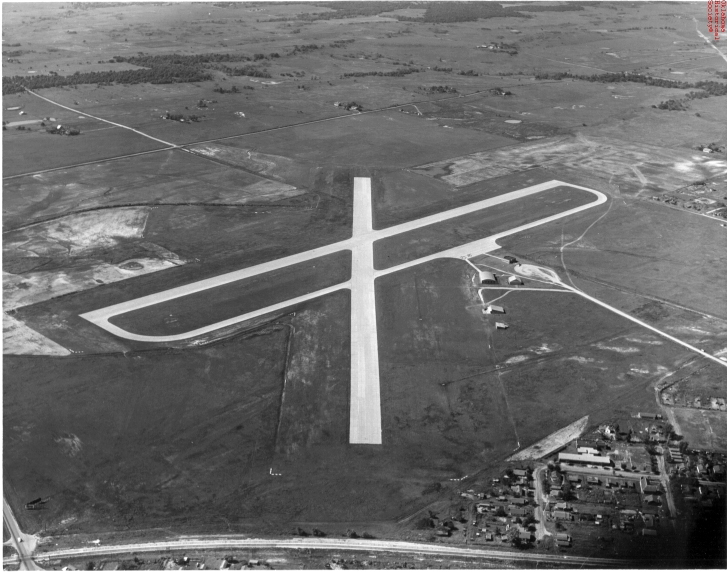 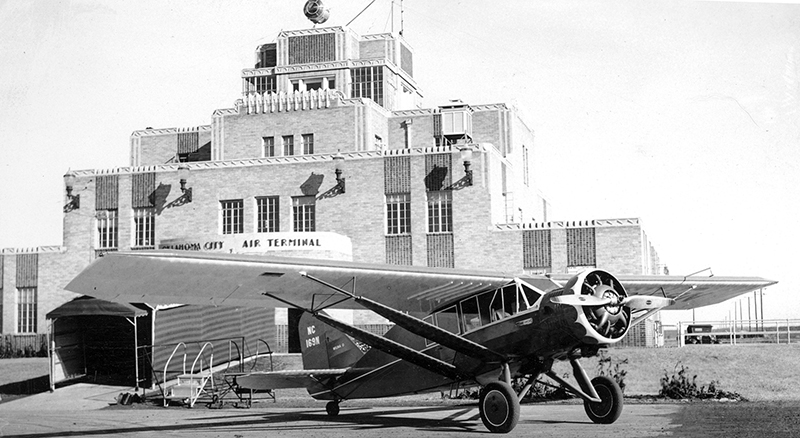 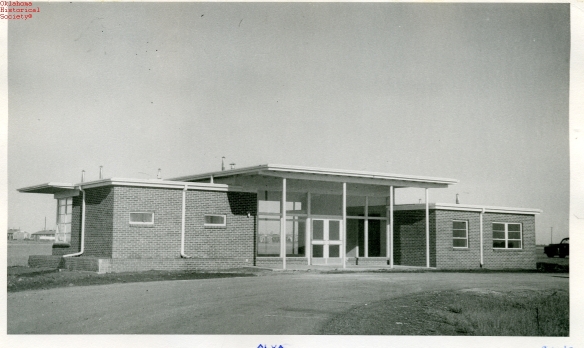 Oklahoma airports had humble beginnings. The first "airport" was farmland in the Capitol Hill section of Oklahoma City. Operating from a tent hanger erected there, Charles F. Willard made the first Oklahoma airplane flight in 1910. Before World War I other itinerant aviators utilized any available, flat land nearest to the local fairgrounds, where the public gathered to watch them.

Before World War I the state's only true airport was located at Fort Sill. Named for pioneer Army aviator Henry Post, Post Field was home to the First Aero Squadron, a unit that conducted experiments in directing artillery fire by means of aerial observation. Like other early facilities, Post Field was a barely improved patch of land that allowed pilots to land into the prevailing wind. Hard-surfaced runways were uncommon until the development of the steerable tail wheel in the late 1920s.

During World War I aviators flying from Fort Sill made use of a tract of land in the Westwood section of Oklahoma City. At least two pilots were injured there while staging demonstrations before an admiring public. Similar use was made of land near the Capitol, where the Governor's Mansion now stands.

The earliest true municipal airport appeared in 1920, on land leased to Oklahoma City, next to the interurban rail line between Oklahoma City and Norman. Buffalo wallows were filled in to make a useable landing ground, and a hanger was built to shelter aircraft. The fledgling airport saw considerable use before its relocation to Southwest Twenty-ninth Street and May Avenue in 1924.

One of Tulsa's earliest airports was founded in 1919 by former military barnstormer and New Zealand native Duncan McIntyre. His airport became a hub of activity as Tulsa oilmen discovered the advantages of air travel. In 1928 Tulsa built a modern municipal airport, and a year later, thanks to a booming oil economy, it was claimed to be the busiest in the world. During its first nineteen months of operation 70,895 persons passed through its gates. In February 1930 the passenger totals exceeded the combined numbers passing through airports in Paris, London, and Berlin.

Many towns can trace the establishment of local airports to the late 1920s or early 1930s. The epic 1927 trans-Atlantic flight of Charles A. Lindbergh created public awareness of the need for municipal airports. Among the facilities constructed during the period were those in Guthrie, Chickasha, Ponca City, Bartlesville, and Muskogee.

Another municipal airport boom came at the end of World War II when military training bases were turned over to Oklahoma municipalities. Such facilities now serve as airports for Frederick, Ardmore, McAlester, and Norman. Similarly, at the end of the Vietnam War, Clinton-Sherman Air Force Base, with some of the longest runways in the world, was transferred to the City of Clinton.

As the Jet Age approached, city governments saw the need for more modern airports. Both Will Rogers World Airport in Oklahoma City and Tulsa International Airport have undergone a number of massive upgrades and expansions. Smaller feeder airports have undergone similar, if more modest, changes in order to accommodate a growing number of air travelers.

Robert F. Dawson, Born to Fly: The Story of a Barnstormer, From Jennies to Jets (Stillwater, Okla.: New Forums Press, 1990).

The following (as per The Chicago Manual of Style, 17th edition) is the preferred citation for articles:
Keith Tolman, “Airports,” The Encyclopedia of Oklahoma History and Culture, https://www.okhistory.org/publications/enc/entry?entry=AI004.