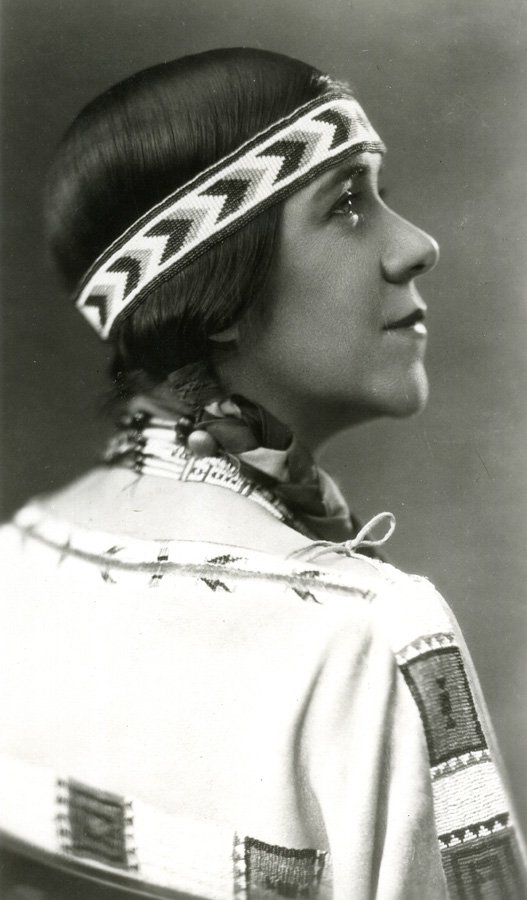 Concert vocalist, teacher, humanitarian, and American Indian culture preservationist, Mary Stone McLendon was born on March 27, 1896, to William and Josephine Smith Stone near the present town of Duncan in the Chickasaw Nation, Indian Territory. Her Chickasaw name, "Ataloa," or "Taloa," meaning anthem or song, was given to her by her maternal grandmother. Ataloa Stone claimed descent from a clan whose name was I'nkonoma or I'koni homa, meaning Red Skunk people. Her great-grandfather Slone Love was a former district chief of the Chickasaw tribe. She descended from the Colbert family in the Chickasaw Nation.

Ataloa Stone's early education began in a one-room schoolhouse near Duncan. By age seventeen she was enrolled at the Oklahoma College for Women in Chickasha. In 1917 she married Ralph McLendon of Duncan. McLendon soon enlisted for service in World War I. On January 19, 1918, he died of pneumonia after contracting Spanish influenza at Camp Presidio near San Francisco. After his death Ataloa McLendon continued her education. She moved to California, attended Redlands University, and received a bachelor's degree in philosophy in 1925. In the autumn of that year she enrolled at Columbia University in New York, earning a master's degree in religious education. During this time she began performing American Indian songs, lecturing, and storytelling, often in costume, earning national recognition as an interpreter of culture. In 1937 she received a research fellowship from the Rockefeller Foundation to pursue a doctoral degree.

In 1928 she began working with Bacone College in Muskogee. She taught English and served as the school's field agent. She also raised money for the development of a new art building on campus. In 1932 a ground-breaking ceremony was organized for the new Indian Art Lodge and art department. Over the years McLendon obtained significant pieces of art for the collection. With the new art department, the fine arts became a functional part of Bacone's curriculum. This prepared the way for a new style of American Indian art, the Bacone School of traditional Indian art, or simply the Baconian style. She was the first director of the art department and bequeathed the title to Acee Blue Eagle at her departure in 1935. In later years the art lodge was renamed Ataloa Lodge Museum in honor of its founder.

Many authorities consider Ataloa McLendon to have been a pioneer in the commencement of American Indian art education. She was an early and integral force in the beginning of three major art schools: Bacone College; Idyllwild School of Music and the Arts in Idyllwild, California, in the 1950s; and the Institute of American Indian Arts in Santa Fe, New Mexico, in the early 1960s where she was a counselor and instructor.

From the 1940s forward she was involved in various humanitarian activities. In 1942, during World War II, Ataloa joined the War Relocation Authority. Its programs offered assistance in response to the forced removal of Japanese families into relocation camps. She also offered educational programs at both the Manzanar and Poston camp locations. After the war she assisted in many humanitarian programs. She worked with the Save the Children Foundation (STCF) in Los Angeles, California. In 1949 her fundraising efforts rescued children on the Navajo Reservation from malnutrition and tuberculosis. In the 1950s she was public relations chair for the National Congress of American Indians and was a consultant for the Bureau of Indian Affairs. In 1962 she moved to Santa Fe, New Mexico, where she helped establish the Santa Fe Council on International Relations, the Santa Fe Friends Society, and the Santa Fe Great Decisions Committee.

Ataloa's cultural and educational contributions to the state of Oklahoma have been well recognized. In 1935 her image was memorialized on Camille Nixdorf Phelan's Oklahoma history quilt. She received many honorary awards, and in 1932 she performed in the White House for Pres. Franklin D. Roosevelt.

Ataloa Stone McLendon died in Santa Monica, California, on November 11, 1967. She was honored posthumously with a memorial marker on the Idyllwild campus, where later a new art building was named Ataloa Art Studio. A nearby group of Sequoia trees were named the Ataloa Grove in her honor. In 2006 she was inducted into the Chickasaw Nation Hall of Fame. In 2009 East Central University in Ada opened the Hallie Brown Ford Arts Center's Ataloa Theatre, named in her honor.

Garnet Wind and S. Matthew DeSpain, “‘As Tall in Her Moccasins as these Sequoias Will Grow on Mother Earth’: The Life of Ataloa,” Journal of Chickasaw History and Culture 11 (Spring 2008).

The following (as per The Chicago Manual of Style, 17th edition) is the preferred citation for articles:
Tamara M. Elder, “Ataloa (Mary Stone McLendon),” The Encyclopedia of Oklahoma History and Culture, https://www.okhistory.org/publications/enc/entry.php?entry=AT007.