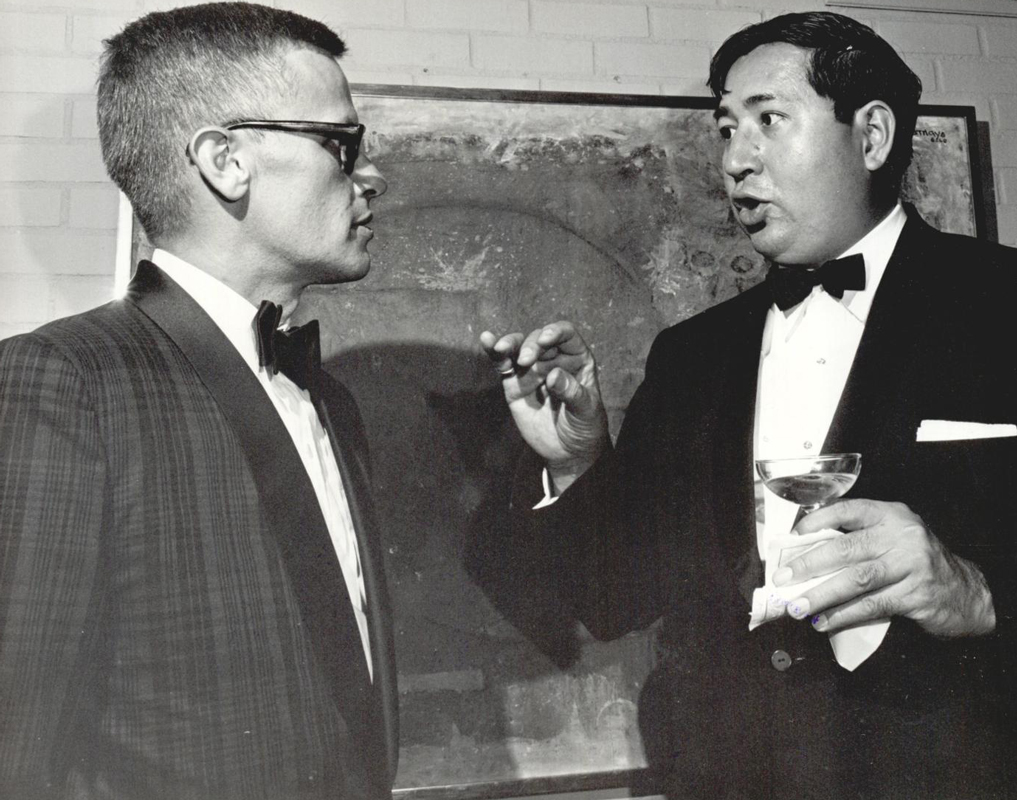 Of Cherokee-Quapaw descent, American Indian composer and educator Louis W. Ballard was born on the Quapaw Reservation near Quapaw, Oklahoma, on July 8, 1931. Ballard's Quapaw name is Honganozhe, or "Stands with Eagles." As a student he learned to play piano. He entered the University of Oklahoma and studied at the University of Tulsa, receiving bachelor's degrees in music education and fine arts and a master's degree in music. During an extended academic career he served as director of music and performing arts at the Institute of American Indian Arts (IAIA) in Santa Fe from its founding in 1962 to 1970. The Bureau of Indian Affairs selected him in 1970 as director of music curricula for its nationwide school system.

Critics proclaim Ballard's most important work to be Incident at Wounded Knee (1974). A commissioned work, it is a symphony and dance piece in four movements: Procession, Prayer, Blood and War, and Ritual. The composer's inspiration came from studying the 1890 massacre of hundreds of Oglala Sioux after a Ghost Dance ceremony as well as from hearing about the events at Wounded Knee, South Dakota, in 1973. The piece premiered with the St. Paul (Minnesota) Chamber Music Orchestra in 1974 during a U.S. State Department–sponsored tour of Eastern Europe, and it was performed at Carnegie Hall in 1999. Among his noted works for ensembles are Katcina Dances (suite for cello and piano, 1970), Ritmo Indio (for woodwinds, 1969). The Maid of the Mist and the Thunderbeings (1991) is an orchestral suite, and choral cantatas include Portrait of Will Rogers (1972). In the 1960s while at the IAIA he composed The Gods Will Hear, with lyrics by Lloyd Kiva New, IAIA art director and president who was born in 1916 in Fairland in northeastern Oklahoma. The Four Moons (1967), a ballet commemorating the sixtieth anniversary of Oklahoma statehood, was performed at its Tulsa and Oklahoma City premiers by four of the state's Indian prima ballerinas, Yvonne Chouteau, Rosella Hightower, Moscelyne Larkin, and Marjorie Tallchief.

Ballard received a Lifetime Musical Achievement Award from First Americans in the Arts in 1997. He has received honorary doctorates in music from The College of Santa Fe and William Jewell College and in 2004 was inducted into the Oklahoma Music Hall of Fame, the first classical composer to be so honored. He died on February 9, 2007, in Santa Fe, New Mexico.

The following (as per The Chicago Manual of Style, 17th edition) is the preferred citation for articles:
Dianna Everett, “Ballard, Louis Wayne,” The Encyclopedia of Oklahoma History and Culture, https://www.okhistory.org/publications/enc/entry.php?entry=BA009.