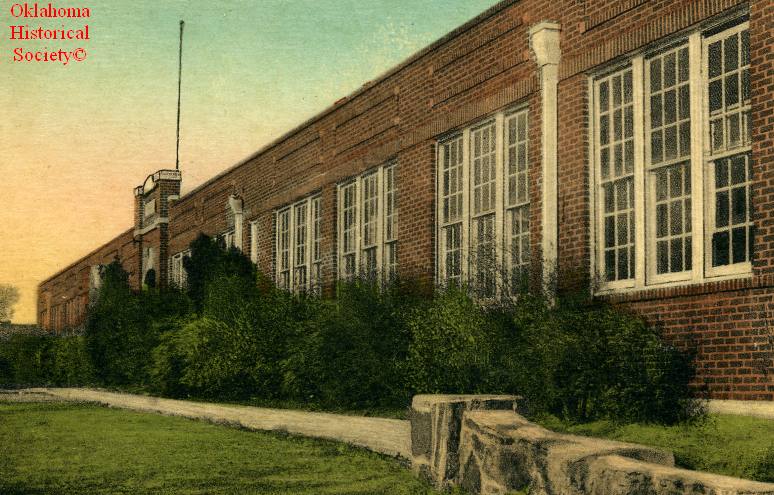 Located in Seminole County, Bowlegs is situated near the junction of State Highway 59 and U.S. Highway 377/State Highways 3E and 99, ten miles west of Wewoka, the county seat. Three theories exist regarding the town's name. In Oklahoma Place Names, George H. Shirk asserts that it honors Seminole Chief Billy Bowlegs. Others contend that it was named for Lizzie Bowlegs, on whose allotment oil was discovered, while others believe it was named for David Bowlegs, who was murdered in the mid-1910s. Before the oil boom in the 1920s Bowlegs had a gristmill and a general store.

An estimated fifteen thousand residents lived in and around Bowlegs after the Indian Territory Illuminating Oil Company (ITIO) brought in the first well in 1926. Increased oil production turned a sleepy village into a bustling community requiring additional housing, hotels, and schools. The ITIO constructed the Walker Camp, north of Bowlegs. The camp offered houses and barracks to oil-field workers, a recreation hall, a hospital, tennis courts, a playground, and a warehouse and office building. Like Cromwell, Bowlegs had a bad reputation because of its saloons and dance-hall girls. One dance hall was nicknamed "the Bucket of Blood" due to the number of brawls that took place there. The Chicago, Rock Island and Pacific Railway built a branch line connecting the Bowlegs field to Lima, Seminole, and Wewoka. A post office was opened on April 23, 1927, and Herbert K. Catlett served as first postmaster. To accommodate the increased number of students a brick high school building was erected in 1928–29.

A published source indicated that Bowlegs had a population of 105 in 1946. In 1959 the town had a café, a barbershop, a service station, and other various businesses in the immediate area. On July 22, 1975, the Seminole County Commissioners approved the town's incorporation. The first federal census indicated 522 residents in 1980. At the turn of the twenty-first century Bowlegs, with a population of 371, served as a "bedroom" community. The 2010 population was 405.

The following (as per The Chicago Manual of Style, 17th edition) is the preferred citation for articles:
Linda D. Wilson, “Bowlegs,” The Encyclopedia of Oklahoma History and Culture, https://www.okhistory.org/publications/enc/entry?entry=BO028.