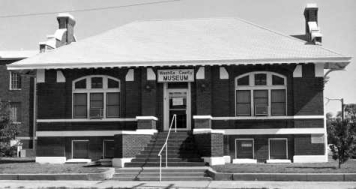 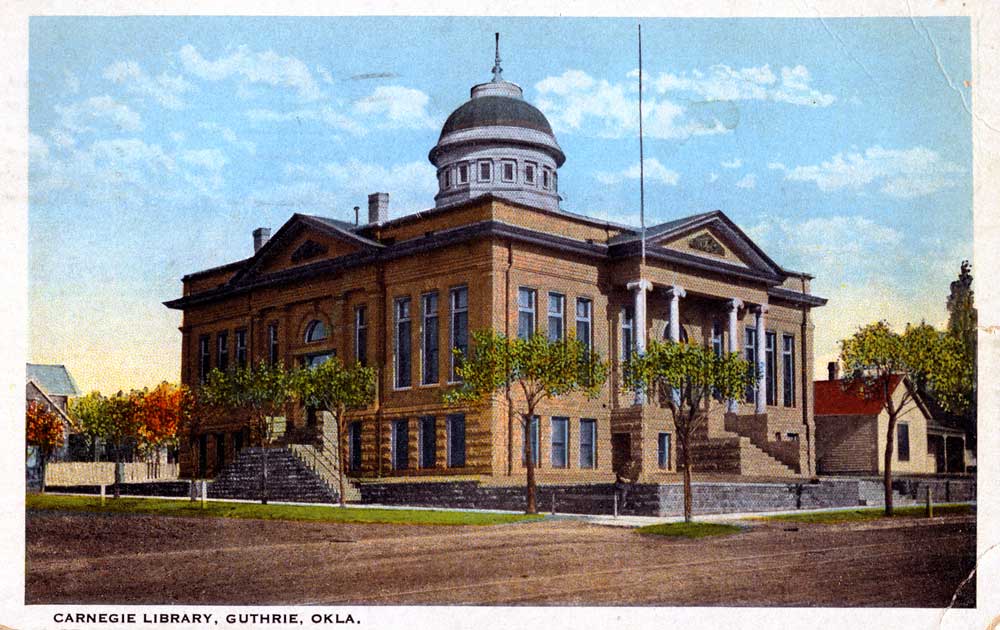 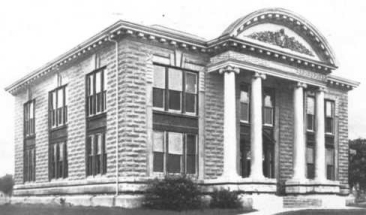 Development of educational institutions in Indian Territory and Oklahoma Territory coincided with the public library movement in the United States. In late-nineteenth- and early-twentieth-century Oklahoma, as the population of the Twin Territories increased and towns grew larger, middle-class institutions began to appear. Credit for establishing the territories' libraries generally goes to the local Women's Clubs, whose activities almost always included setting up local reading rooms and collecting books to furnish those facilities with material to lend to patrons.

The library movement was aided after 1900 by a grants program established by famed steel magnate Andrew Carnegie. Retiring from the steel industry in 1900 at age sixty-five, Carnegie devoted the rest of his life to philanthropy. In total, his Carnegie Corporation (trustee for much of his enormous fortune) provided more than $41 million for 1,689 free public library buildings in 1,419 communities around the United States. One condition of every Carnegie grant was that a community must pledge an annual amount of 10 percent of the grant, from tax monies and not from endowment or gift, to maintain the library.

At first the Carnegie Corporation did not require that a library be designed by an architect, and no stylistic criteria were attached to the building's appearance, other than that it should signify the institution's importance to the community. Carnegie Libraries have distinctive styles; more than half were designed as Classical Revival, often called Carnegie Classical, identified by columns and a large pediment over the main entrance. Seventeen of Oklahoma's Carnegies are Classical Revival. While not all bear the Carnegie name in their title, their appearance generally indicates their genesis.

Unfortunately, the onset of the Great Depression impacted most local economies throughout the state, and there was little money for libraries. As the New Deal made money available in the 1930s, some cities applied for Works Projects Administration funds to repair or expand existing facilities. In Oklahoma the WPA constructed ten new libraries, reconstructed or repaired five, and built additions to two. Most WPA library "reconstruction" projects resulted in the total obliteration of the library's original architectural style, generally replacing it with the trendy Art Deco or Moderne styles, and "addition" projects did the same.

Tanya D. Finchum and G. Allen Finchum, "Celebrating the Library Spirit: A Look Back at the Carnegie Libraries in Oklahoma," The Chronicles of Oklahoma 79 (Winter 2001–02).

The following (as per The Chicago Manual of Style, 17th edition) is the preferred citation for articles:
Dianna Everett, “Carnegie Libraries,” The Encyclopedia of Oklahoma History and Culture, https://www.okhistory.org/publications/enc/entry.php?entry=CA058.